The countdown is on for the opening of Glory Hole Doughnuts' first retail shop, headed by founder Ashley Jacot de Boinod. I caught up with her to discuss the latest craze in baked goods, new flavour combinations she's working on and what's happening with her soon-to-open Parkdale bakery.

Did you always want to be a baker?

No, I had originally gone to chef school and I wanted nothing to do with pastries at all. In fact, they really frustrated me when I was doing pastry classes at George Brown. At the time, I didn't like that pastry was such an exact science, and there was a specific ratio for everything.

Integrated into the chef school program there were a couple classes, but I mainly learned from experience. I originally went to the arts program in high school at Central Tech so I had always wanted to do something creative. I found that over time, being a line cook and sous chef wasn't allowing me to express that creativity. So I just dove in. I started working at a chocolate shop.

What did you do before founding Glory Hole Doughnuts?

I had been working at Live Organic Food Bar, doing some raw pastries there, and that was the best restaurant I ever worked at. The owners there are like family to me now. But the idea for Glory Hole came when I was working at Buca--it was probably a year into thinking about the idea before I actually started something. 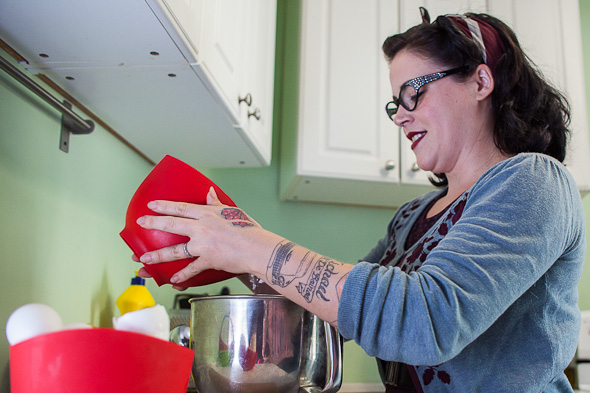 What's the secret to making the perfect doughnut?

Like a yeast doughnut? I prefer yeast doughnuts. It's all in the temperature and time. I suppose it's important not to overmix because it's essentially like a cake or a muffin batter. You don't overmix it--that's the key. You don't bake doughnuts, not real doughnuts--every doughnut you see is fried.

Have you tried flavours or varieties of your doughnuts that just didn't work?

Oh yeah. I brought home some smoked salmon, and I had been testing out doughnuts, and I had some cream cheese...so you can see where this is going. I made a doughnut lox sandwich for my husband. He'll eat anything, pretty much. Cream cheese, lettuce, red onion and salmon. It didn't work out well. Since smoked salmon is such a smooth texture you need a different texture for the bun, like a bagel or something. And the sweetness...maple syrup with salmon is good, but the doughnut sweet just wasn't right.

Are there any new flavours that you're working on?

I just finished a toast and butter doughnut. It's a brown butter frosting and sweet bread crumbs on top. It's really simple, but it's just...Mm.

Will you be branching out to be doing anything besides doughnuts?

We're going to be doing anything bacon-related. So, you know, chocolate-covered bacon, marshmallow bacon, or bacon just on the side. I really do want to keep the theme of the shop as a doughnut shop. I'll probably do a grilled cheese doughnut, or a croques monsieur doughnut which I've already done in the past, and let me tell you, that's one of my favourite doughnuts. 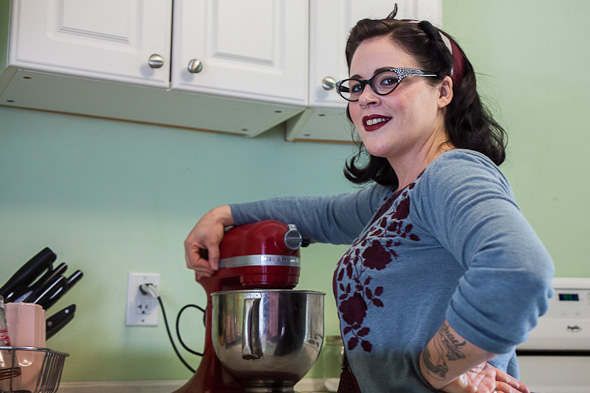 How is construction going at your soon-to-be-open Parkdale location?

It's going well, I'm in the midst of the painting process. It's just the city. There's so many things you can and can't do. They're very minute things, like you can't have equipment 3 inches off the drywall. But other than that it's been pretty wonderful.

The space was going to be open concept, but then I thought back to all the restaurants I worked at that were open concept. It's great for the restaurant, but it's not as comfortable for the staff - or for me, at least. With closed concept, you get to keep the magic inside. We'll have a little window counter, European style, but it will be standing room only.

To what do you account the recent popularity of doughnuts?

I think a couple years ago pork and fatty things started to become the craze, especially bacon. People go nuts with bacon now. I think there was also a change needed in the pastry world. Cupcakes have been around for so long, so it's only natural. I mean, it started in the States, and whatever begins in the States is going to come up to Canada eventually.

There's a place called Psycho Donuts which is my personal favourite in LA, and Dough in Brooklyn. I'm hoping that after the shop opens I might be able to take a bit of a doughnut tour.

What do you do when you're not working?

I generally play with my dogs and cats. I don't have a lot of time to go out, and I haven't been to a restaurant in ages. I cook at home with my husband a lot of the time. 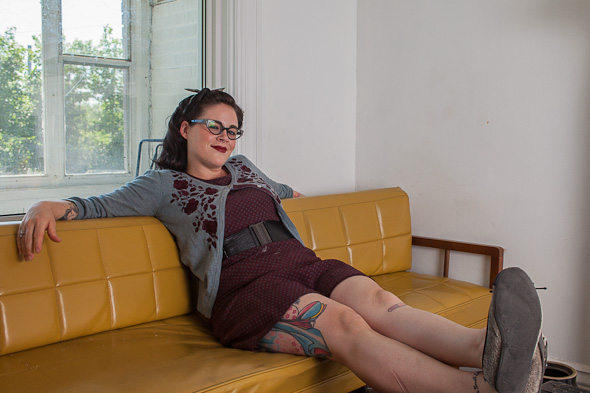 What's the most underrated baking ingredient? Vanilla, or liquor.

One flavour of doughnut you would never sell? Anything with white chocolate.

Favourite Toronto Bakery? For chocolate, Soma; for an Italian bakery, Tre Mari; and for croissants, Clafouti.

Best time of day for a doughnut? The morning.

Best beverage to drink with a doughnut? A good drip coffee.

For more baker profiles, check out our Toronto Bakers Pinterest Board