High water levels in Lake Ontario have been wreaking havoc all over Toronto this spring, from the Toronto Islands to local beaches and certain east side neighbourhoods.

Toronto's newly renamed waterfront venue has also had to delay its opening by nearly two weeks thanks to flooding-related issues. Now, music fans will get to see the revamped space next week.

The Budweiser Stage (formerly known as the Molson Canadian Amphitheatre) was supposed to be up and running for the Future concert on May 16. However, Live Nation, which owns and operates Budweiser Stage, moved that show to the ACC. 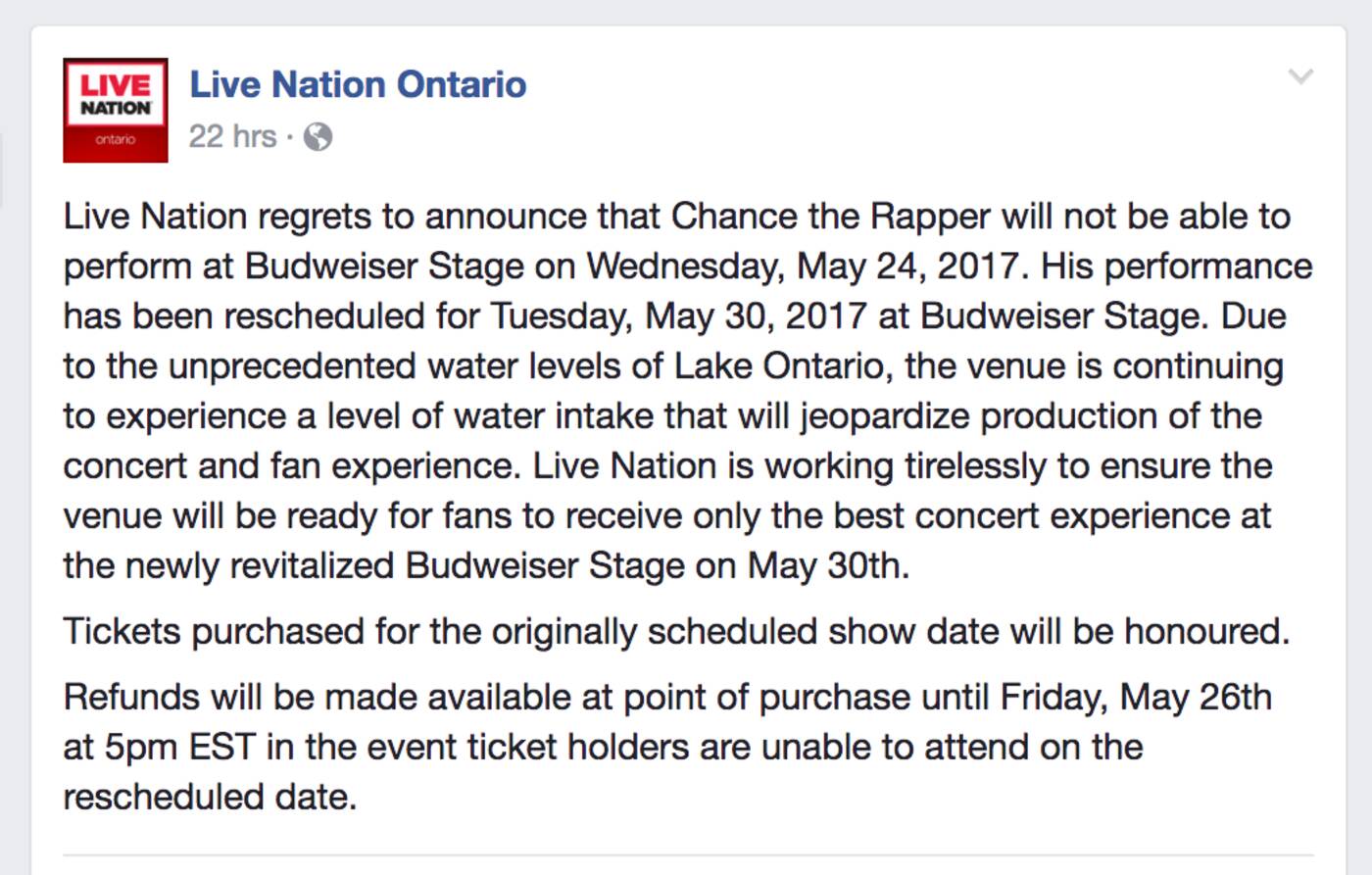 Chance the Rapper was slated to perform at the Budweiser Stage tonight, but yesterday, Live Nation announced the concert would be postponed until Tuesday, May 30 due to "unprecedented water levels of Lake Ontario."

A representative from Budweiser Stage confirmed that the outdoor space should be ready by next week, and that it should be "business as usual" for the rest of the summer.

Other Toronto spots don't seem quite so lucky or optimistic. The Toronto Island Park, for instance, remains closed to members of the public until at least July 1.