The Weeknd has just released the first set of dates on his massive Starboy: Legend of the Fall Tour. The tour is in support of his new album Starboy that's set to drop on November 26, 2016.

The tour will kick off in Europe for a month and then he'll be performing in North America for the remainder of the dates. He'll finally stop in his hometown on May 26, 2017 at the Air Canada Centre, which is about three quarters of the way through the tour. You can bet it's going to bring the house down.

Tickets will go on sale to the public on November 4 via Ticketmaster. 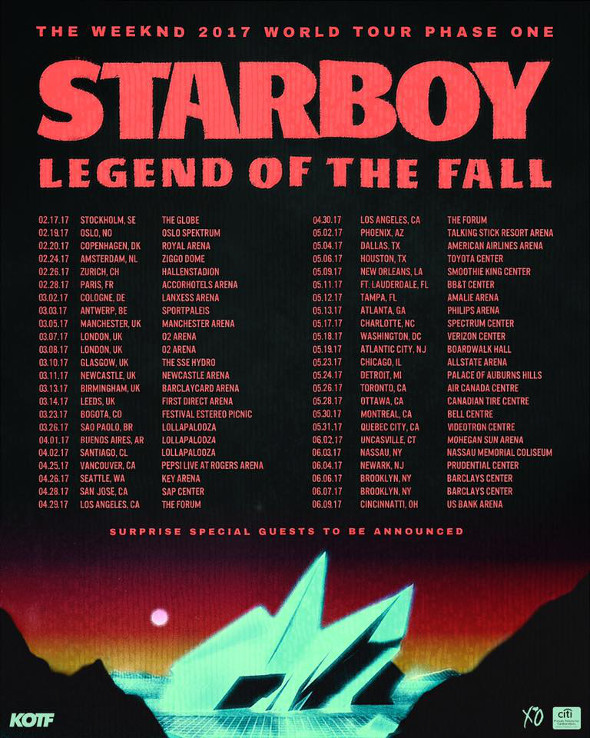 Images via The Weeknd.