This week kicked off the remount of the Lemon Bucket Orkestra's 2015 Summerworks hit, Counting Sheep. Created by Mark and Marichka Marczyk, this self-described guerrilla folk opera is the retelling of the Marczyk's experience of the Maidan revolution.

The Maidan was a series of protests in 2013 and 2014 in Kiev, Ukraine, eventually leading to the overthrow of Ukrainian President Viktor Yanukovych. The events left approximately 780 people dead, many of whom were young adults. 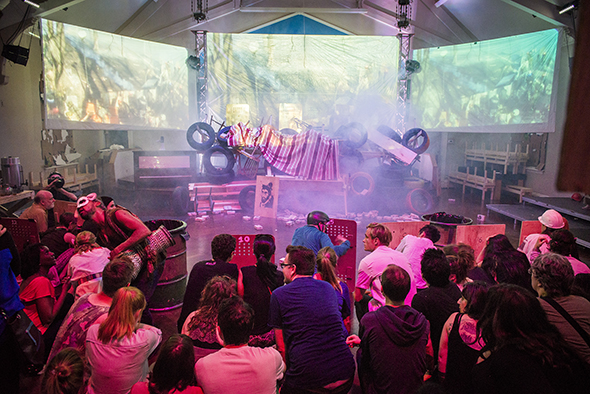 The creators met in Kiev and interviewed protesters amidst their own participation in the events. The production was written later and developed with Toronto's own Lemon Bucket Orkestra. 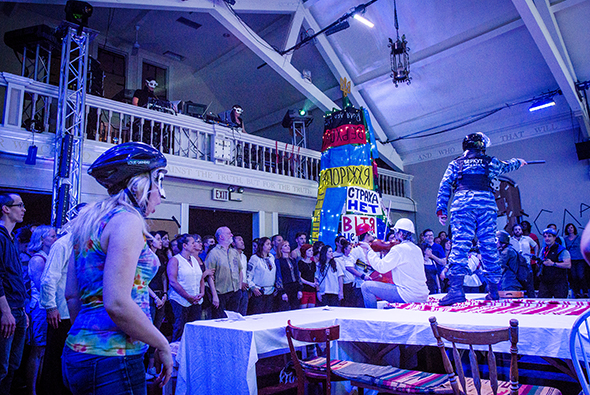 The performance space at Broadview Place was set up with a long table in the middle that doubled as a stage, as well as seating around the perimeter for patrons who think they can just watch (however, sitting further away will not excuse you from getting involved in the production).

There were three large screens at the front of the space that introduced Counting Sheep by playing news broadcasts from Ukraine during the Maidan. 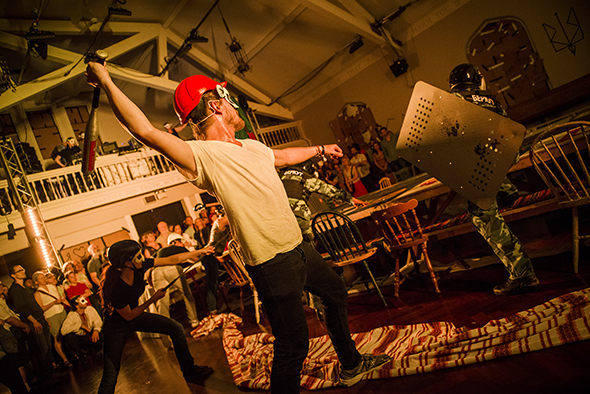 The story was told using multiple mediums; footage was shown on the screens, interspersed with information about the protests, Ukrainian songs were sung, realistic vignettes were excellently acted.

Instead of a narrative following one central character, the opera followed a group of protestors outfitted in sheep masks. It was intensely participatory, with very little of the production taking place with patrons sitting as an audience (though there was permanent seating for patrons with mobility issues). 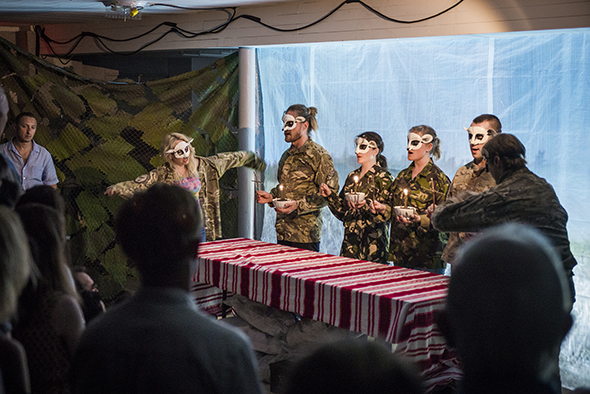 Instead, patrons experienced snippets of life during the protests. We ate what protesters ate (borscht and pierogi), we danced at a wedding, we helped to build a barricade, and we mourned when a protester was murdered.

The entire 75-minute story was told without a single word of English being spoken. The text onscreen was English, but everything else- the songs, the small amount of dialogue- was all in Ukrainian. 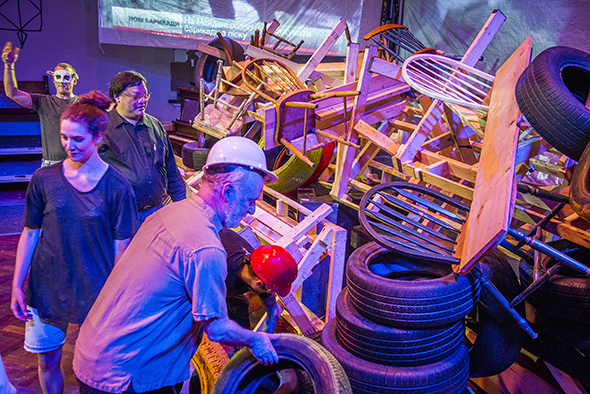 Despite this, nothing was lost in translation. The intense emotion of the songs and the incredible acting clearly conveyed everything without the use of words. It's also worth noting the unique ways Counting Sheep used the space and minimal props to their advantage.

Every part of the set served multiple purposes and when a piece of the story can't tangibly exist in the space, they were able to recreate it so effectively, you would never know the difference. 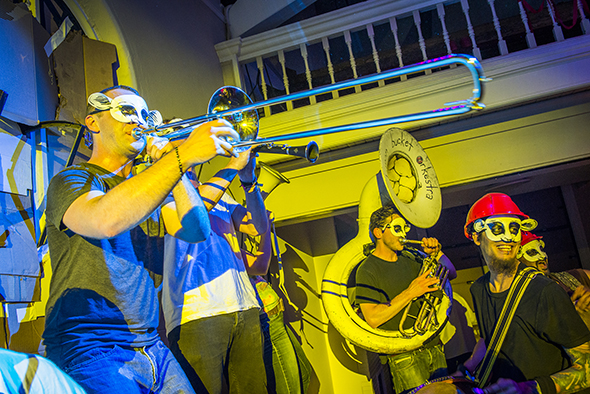 For example, a bulldozer was created using a large snow shovel plus a group of players on instruments and using their voices to make what can only be describe as "bulldozer sounds".

If you had asked me what a "bulldozer sound" was prior to attending this show, I would have no idea, but upon seeing the bulldozer come to life, I now know precisely what a bulldozer sound is and it is exactly what they created. 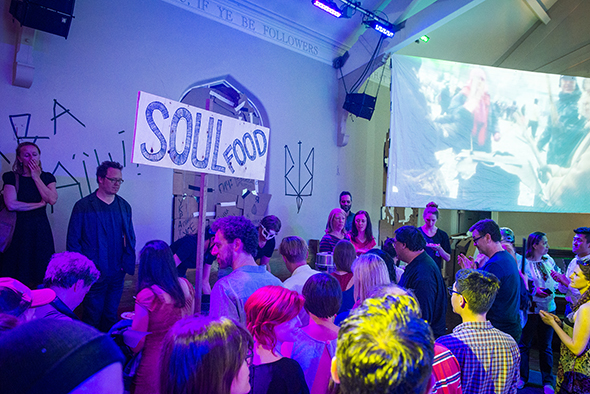 Counting Sheep was an incredible experience. The story was intensely moving and it's told in such a beautiful, interesting way through multiple mediums, different experiences, and lots of interaction.

Like a revolutions, you don't just sit and watch - Counting Sheep happens all around you and you are called to participate. 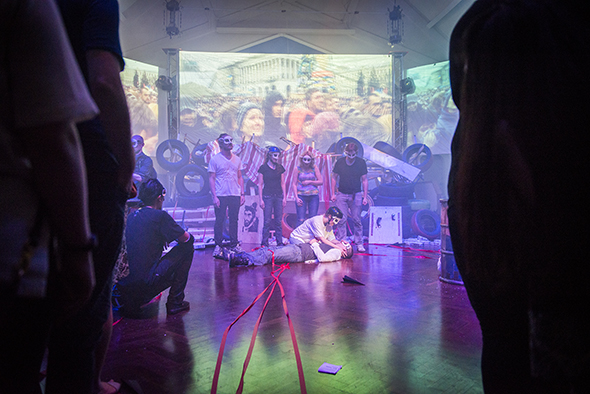 Counting Sheep runs until June 5 with tickets from $25-40.

Toronto is getting a candlelit in-person concert next month