"Michael Jackson, besides Jesus, was the most popular person to walk the earth," Ghostface Killah proclaims to an Opera House rammed to fish gills on Thursday night.

The most consistent Wu Tang Clan hero is in the ethereal throes of the best kind of musical journey. Earlier he lewdly professed his admiration for R. Kelly and bellowed, "I feel like Lionel Ritchie in here!" Later he'll cut a rug to the Isley Brothers' "Footsteps in the Dark," the slice of soul Ice Cube rejuvenated with "It Was a Good Day." 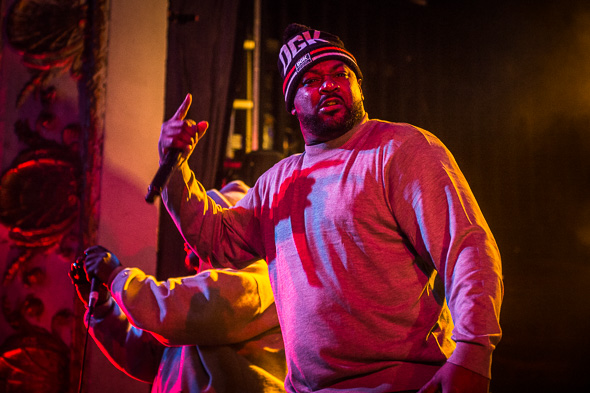 Now he and linebacker-sized hypeman Killah Priest are launching into the Jackson 5's "I Want You Back," performed note-perfect by Toronto's own BadBadNotGood. 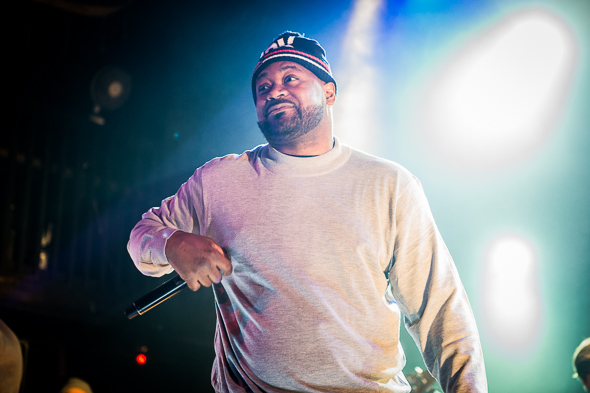 Ghost delivers a messy, heartfelt eulogy to friend Ol' Dirty Bastard - the type of dude to wear his filthy socks inside-out instead of washing them, we learn - and conducts the crowd into a sing-along of "Shimmy Ya." He nails a "The World Is Yours" cover in the reflection of smartphones, and boasts: "Nas is gonna see that shit and bug out." He goes on to threaten to buy a second home in our city.

"You know when you're jogging and shit? When you're doing whatever sport," the 44-year-old emcee spouts, "and you get that second wind? You're witnessing my second wind. Everything up till now was Baby Ghost." 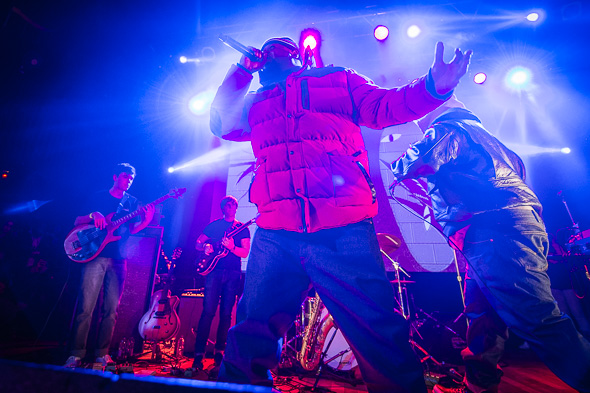 All saggy jeans, non sequiturs and charisma, Tony Starks is the happiest, loosest, and most improvisational I've seen him. And BBNG, with whom he linked up with for Tuesday's Sour Soul LP, deserves to be credited with a big assist.

It's an unlikely combo: the crime-rap legend in his blood-red bubblegoose fronting a trio of jazz-trained Canadian kids, roughly half his age, who grew up on 36 Chambers. It looks like the Wu crashed a high school battle of the bands. 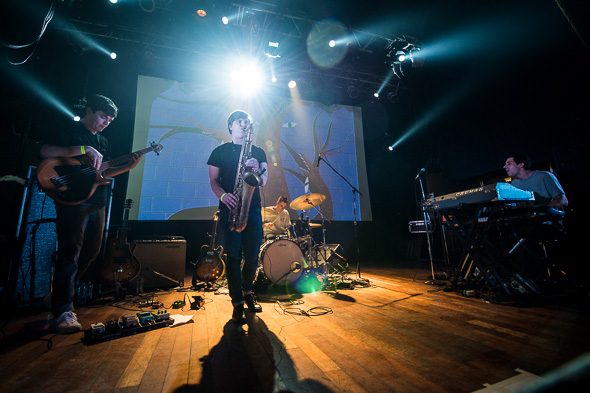 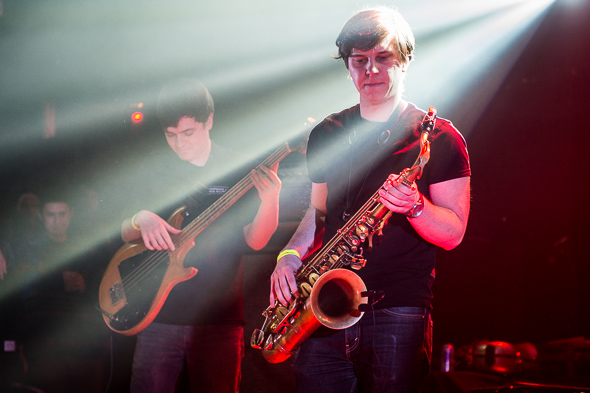 It's important the band plays its own set before bringing out Ghost for their first performance as a unit; the rapper's XXXL personality is so overpowering, the kids' musicianship can get swallowed. 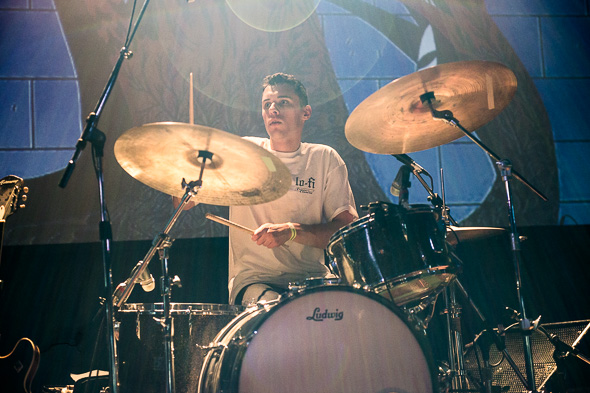 Hansen and Sowinski look back to the drum kit, taking their cues from Tavares, the clear leader. There's a searing Flying Lotus cover; a nice saxophone appearance; a killer rendition of III's "Kaleidoscope," and the debut of a new BBNG joint, "Four Shots," which sees Tavares go full Whiplash on the drums.

Factor the wind chill and it's minus-32 outside, but indoors, the elbow-to-elbow crowd is fired-up proper when Ghost strolls out, drumsticks hanging out his pocket for no reason. 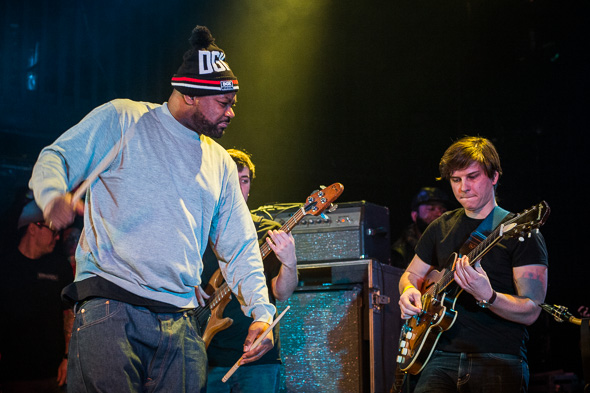 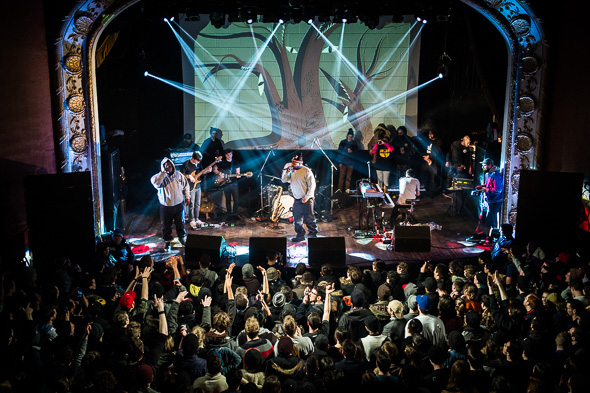 Before peacing out, he promises to be back in Toronto next month, or maybe April - "I don't know. One of them shits" - with GZA and Cappadonna.

Ghostface tosses the unused drumsticks into a tangle of raised hands.

Not all free shows are priceless, naw mean? This one was. 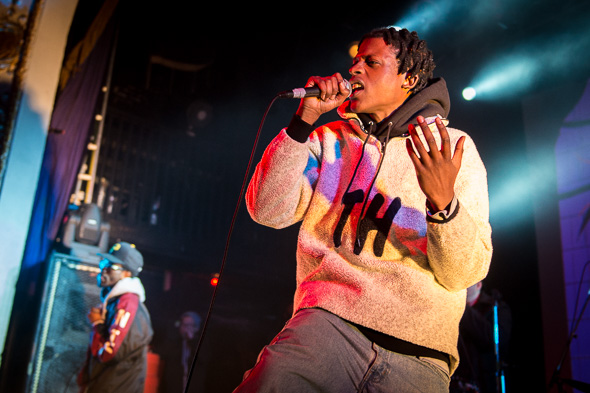 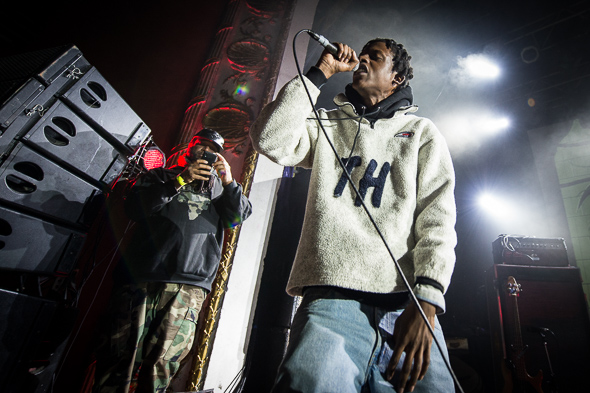 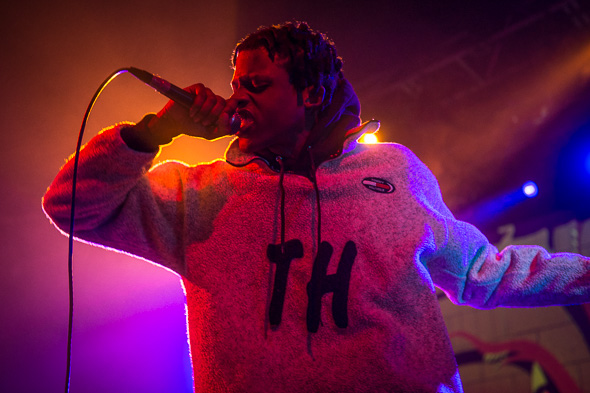 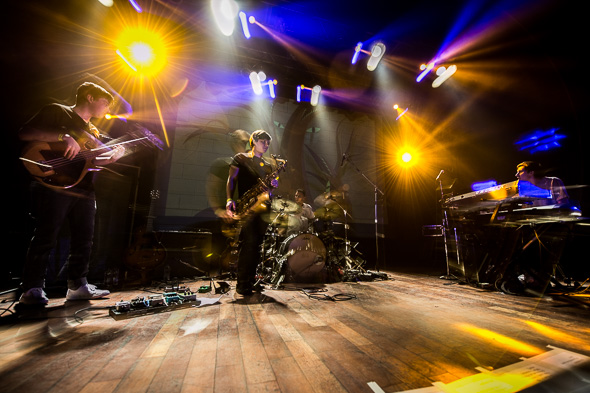 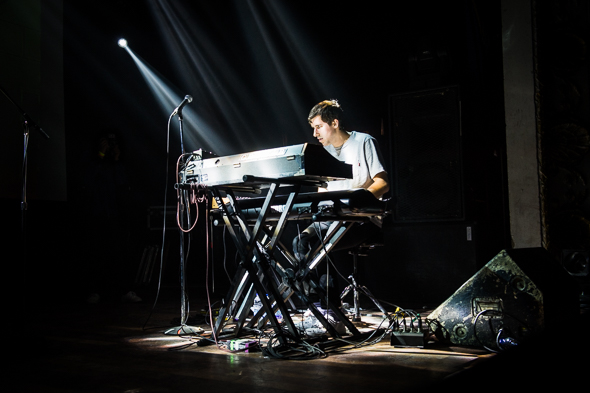 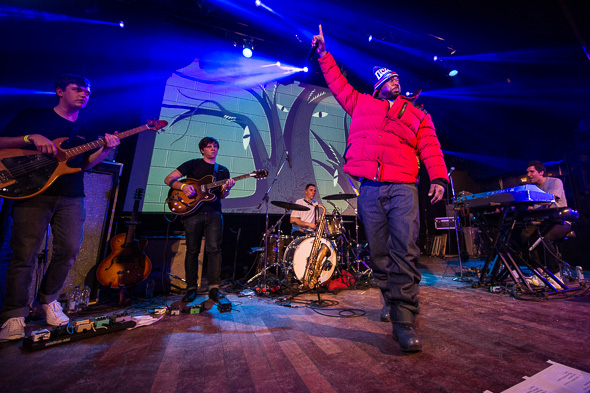 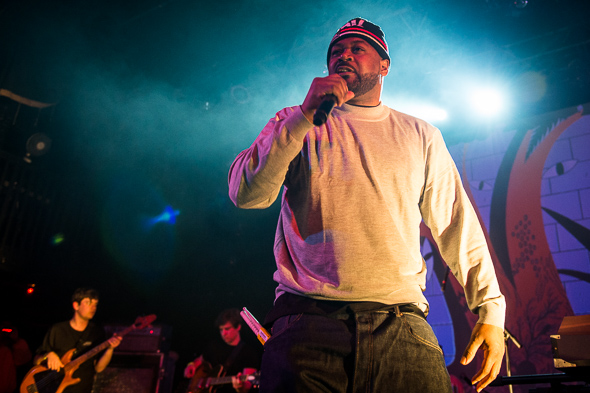 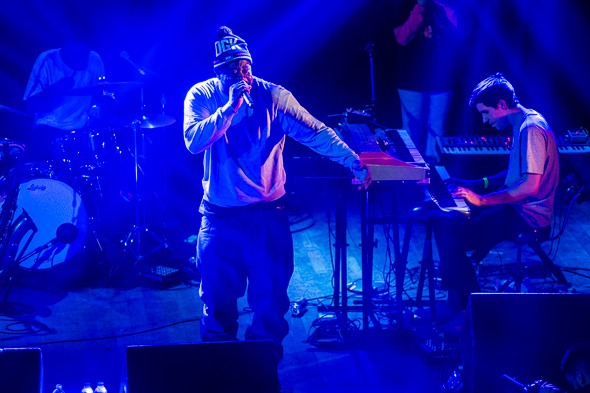