Toronto music fans can let out a collective sigh of relief today, as the Silver Dollar Room has officially received heritage designation from the city. While that doesn't guarantee its permanent existence, it certainly makes it much, much more difficult to demolish, a fate that it's been threatened with since June 2013.

The bar was built in 1958 as a cocktail lounge for the Hotel Waverly, the adjacent building which has not been deemed worthy of designation. It's reputation as breeding ground for blues musicians dates back to the 1970s, a legacy which heritage staff believed was worthy of protection. City council agreed.

The Silver Dollar continues to be an incubator for local bands, and contrary to what some have argued, the loss of the building (even if the bar returned in a new structure) would have been a terrible shame.

Congratulations, Toronto. You got this one right. 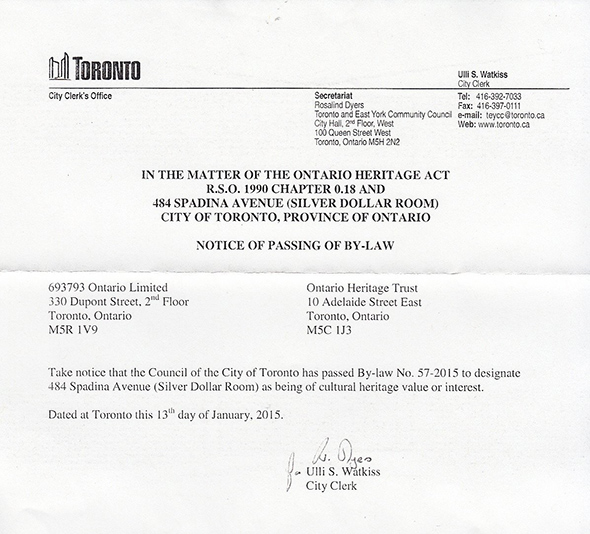