Push this guy away! Moments before Nick Cave and the Bad Seeds took to the stage at the Sony Centre for Performing Arts last night, a scuffle breaks out in the front row, as hordes of fans rush the stage.

A blonde woman repeatedly smacks a large man for, apparently, standing in front of her, yelling profanities over and over at the top of her voice. As a security guard arrives, others shout "get her outta here!" Security seems relaxed and lets her stay, standing between the two fans just as Nick Cave launches into "We Real Cool" off their 15th studio album, Push The Sky Away. 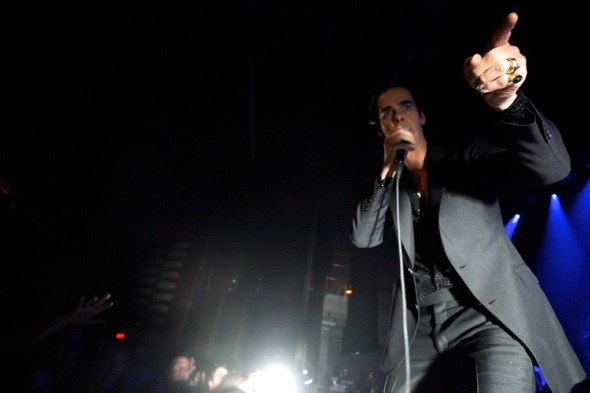 By the second song in, "Jubilee Street," all is forgotten and Nick Cave is electrifying, striding about the wide stage in a dark suit, punctuating each clever phrase with a pointed finger or a kick of a pointed black shoe.

The audience is mostly well behaved, but there's another incident later on after a pair get too close when fans press up against the stage. I don't recall things getting as rowdy last year when Nick Cave and the Bad Seeds played Massey Hall during Canadian Music Week.

The next song is "Tupelo," and Cave cranks it up a notch, connecting with the audience by jumping onto the small platforms in front of the stage, lunging at the crowd, staring fans down, and grabbing outstretched hands.

One of these times, while a stagehand is ensuring Nick Cave has enough slack on his microphone cord, an audacious fan hops up onto one of the platforms, strolls to the piano and places a CD there - then returns to his spot in the pit, much to the astonishment of security and fans alike. 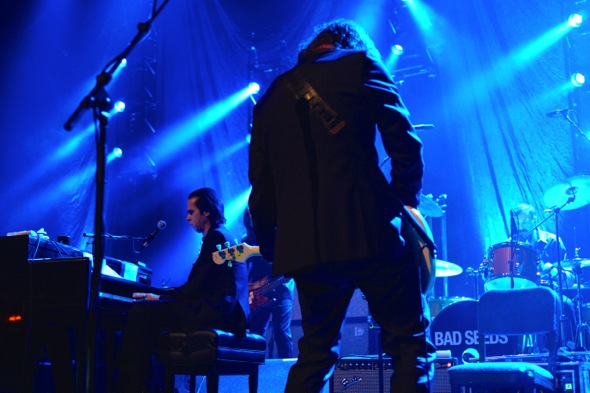 Several times throughout the show Nick Cave ventures even further, making his way ten-rows deep into the crowd all the while continuing to sing. Other times he'd saunter to the upright piano at centre stage and play for a while with his six-piece band for slower songs such as "Love Letter," "Into My Arms," and "God Is In The House." 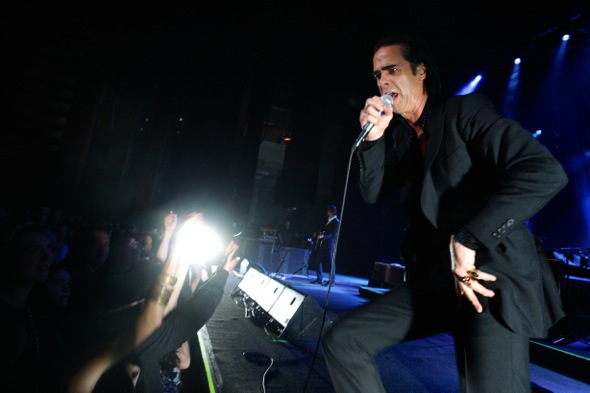 Warren Ellis was as animated as ever on his fiddle, shredding his bow like no tomorrow. At one point he had enough of his bow and tossed it like a spear towards the back of the stage (he must have anticipated the move, and kept a few spares on hand). 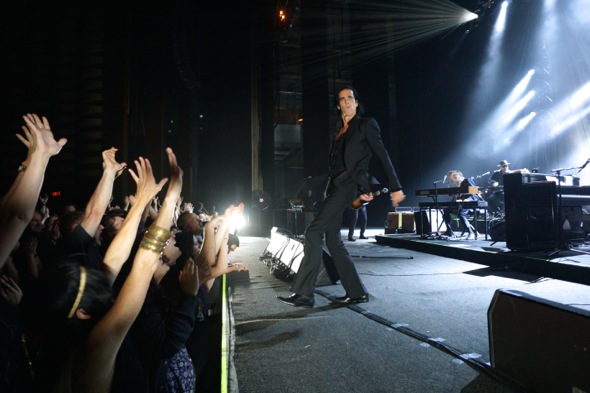 Other highlights included "Red Right Hand," "Weeping Song," the newer "Higgs Boson Blues" and the crowd favourite, "Stagger Lee." After over 90 minutes, the crowd is rewarded with two encores. 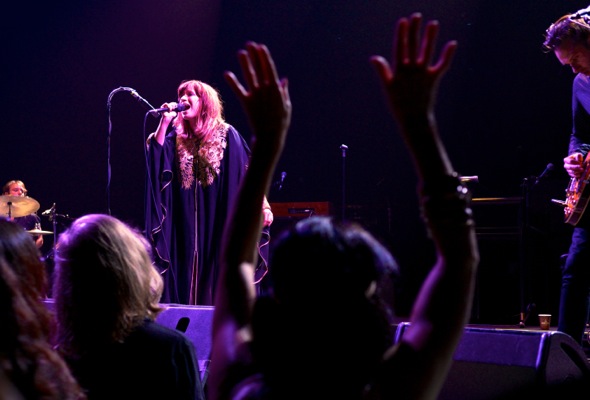 Opening act Nicole Atkins warmed up the crowd with a simple setup of vocals, guitarist and drummer. Her sultry voice reminded me of Elysian Fields' singer, Jennifer Charles.

Nick Cave's tour coincides with a new rockumentary film by Iain Forsyth and Jane Pollard called 20,000 Day on Earth, a fictionalized day in the life of Nick Cave set to an original score by Cave himself and fellow Bad Seeds bandmate Warren Ellis. The film opens at TIFF Bell Lighbox in Toronto on Sept. 19.

Review and photos by Roger Cullman.