‪#SaveEDMTO tries to save neon in Toronto
Questionable motives - and Rob Ford, naturally - have led to a ban of EDM events on CNE grounds. Last week Toronto's music advisory council 4479 did what I suppose they're supposed to do and offered advice, this time to Toronto music fans: email your councillor, because apparently councillors aren't listening to the city's Music Advisory Council itself. Right. Find out how to fight for your right to party here, and follow the #SaveEDMTO tag on Twitter. 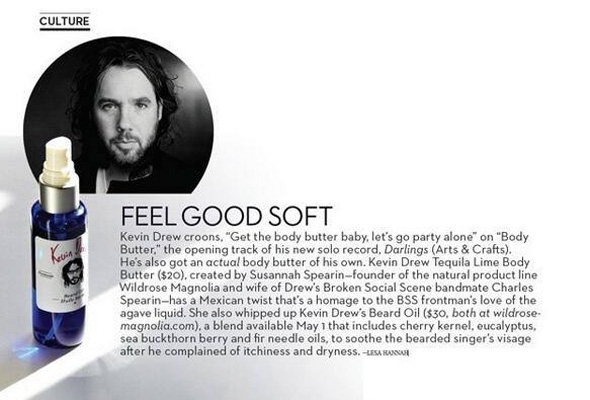 Broken Social Scene member launches beard oil
I give up on sassin' Toronto music. You do it to yourselves better than I ever could. Smush l'essence de Kevin Drew on your face for $30 here. I'm not even going to speculate about this one.

Slowpitch releases Dimly Lit Existence
SlowPitch is Cheldon Paterson, a DJ-turned-turntable artist, instructor at east end DJ school Off Centre, and lover of sci-fi who moved to Toronto from Grenada when he was four years old. Read more about Paterson here, and grab one of these #rare cassettes before they sell out: only 50 copies of the textural, spacey album have been made.

Band of Skulls
If you got lost in a desert and they made a movie about it UK indie blues trio Band of Skulls would be on the soundtrack. So remember that if you're in the desert, and follow your heart. Thursday, April 24, The Phoenix, $22.

The Knife
[I'll let Adam Golfetto take this one.] It's The Knife. What else do I have to say? Like Daft Punk, their insane live shows are a bucket list item for the majority of music lovers. The most recent tour, supporting their latest album, appears to be some sort of dance/ballet performance, judging by live photos. Friday, April 25, Kool Haus.

I'm Forty Now
Man around town / of good taste Joe Strutt maintains Mechanical Forest Sound, and the forester is hitting "the hill." Light Fires (Gentleman Reg), Sacred Lamp, Marker Starling (my fave), and percussion geniuses Not The Wind, Not The Flag will perform. What would Toronto be without this guy making an appearance at every show? Strutt would appreciate if you donate something to the bands, and bring cake. Thursday, April 24, 7pm, Tranzac Club (292 Brunswick Ave.).

Vierance EP Release
Goth party of the week is the launch of Deth Records in Kensington Market with this EP release by Toronto duo Vierance. If you can listen to Trust without complaining that it's retro or whatever, this is where you need to be. Watch their new video above, and stream Semblance here. Saturday, April 26, 10:30pm, Double Double Land (209 Augusta).

Photo of The Knife by Jonas Rylander via Facebook