On Thursday night Queen Street West's newly rebranded TATTOO (they've ditched the "Rock Parlour" in their name and are making an effort to book more urban acts) was host to rapper Isaiah Rashad, the next in line from TDE's camp.

After Kendrick Lamar's takeover and the incredible album sale projections for Schoolboy Q's newest release, he has some serious shadows to walk through. Opening up the night was DJ Freeza Chin and rapper Tre Mission, who recently signed a multi album deal with UK-based label Big Dada and who we featured at the start of the year as one of Toronto's Top 5 Up and Coming Hip Hop Acts of this year. 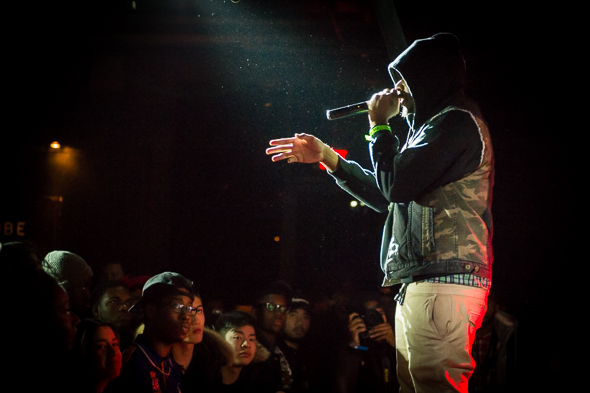 Unlike most hip hop shows, this started reasonably on time, with Tre Mission touching the stage just shortly after 11. Tre's rapidfire UK-grime style flow was on point throughout his performance. His breath control is second to none and he annunciates flawlessly, never skipping a syllable. He peppered the crowd with tracks off his project Malmaison, released last summer, which is still available for free download on his website and the rumour mill suggests it has already accumulated a smooth 40,000 downloads since then. 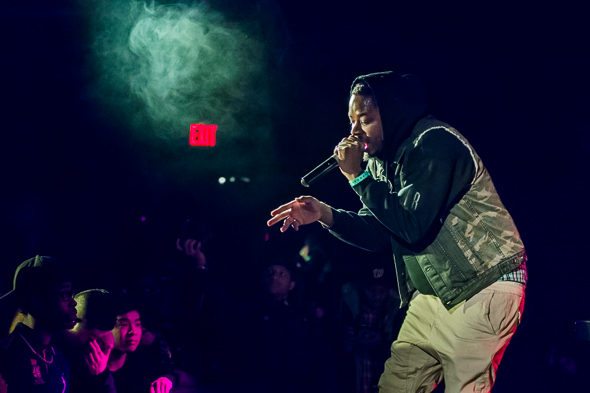 Tre's career so far is a fascinating case study of a Toronto rapper who was embraced with open arms by a market overseas, maybe even more-so than by his hometown. Last night might have proved otherwise though, as the audience was clearly feeling his energy from start to finish. From head-banging heavy hitters like "Brunch" and "High Fashion" to sneak peaks of new tracks like "On Road," which he restarted three times because of it's hype, Tre proved to be the perfect choice as support for the night.

A massive shoutout has to go to DJ Freeza Chin who warmed up the anxious crowd with a medley of ratchet rap and trap music before Tre's set, held him down during his performance, and played some incredible modern blends until Isaiah Rashad's camp hit the stage. 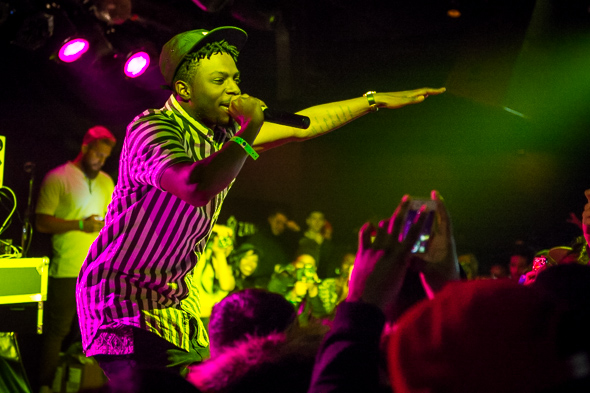 I'm not sure if Isaiah Rashad's DJ was plucked off the street moments before the show, but he seemed like more of playlist hypeman than a DJ. This nonchalant vibe actually aligned well with Isaiah Rashad's playful aura, though - maybe it was an intentional move to make the crowd free and easy. 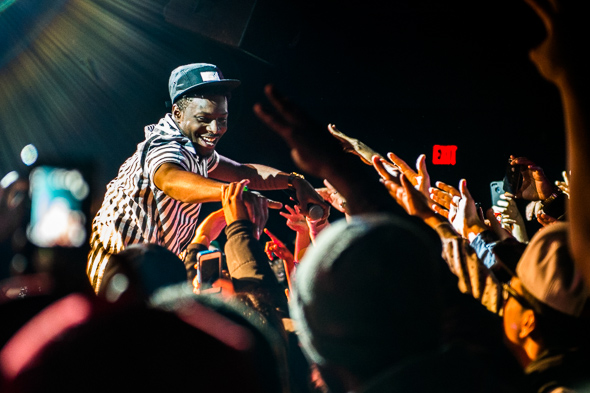 After a 15 minute medley of tracks from the TDE camp, Isaiah Rashad scurried on stage to an uproar of cheers. He seemed really happy to be there, and from the very beginning it was clear that he was very eager to connect with his audience on a personal and physical level. Before performing a single song he embraced the front row with a daps, hi fives and hugs. With that out of the way, he jumped into the festivities. 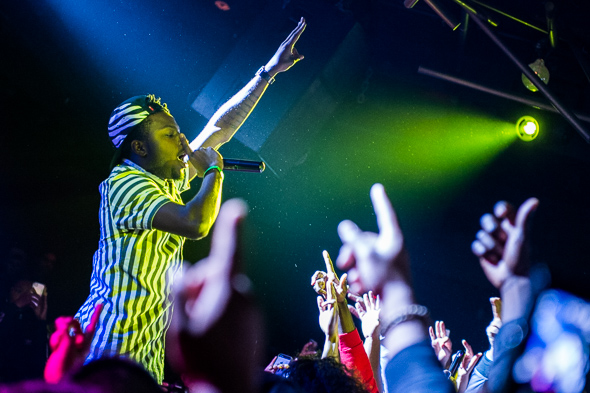 Isaiah Rashad might not have the most extensive discography, but what he does have is a healthy balance of upbeat smashes and more mellow conscious tracks. Even during the latter, he maintained positivity and energy, even by openly admitting that the people needed to stay with him as some tracks were slow and that he's "too hype for that."

These type of tracks, like "Ronnie Drake" and "RIP Kevin Miller," still went over very well with the crispy production resonating nicely through the room. Rashad would often false-start these slower songs, bringing them back around to effectively have onlookers join in the second time around. 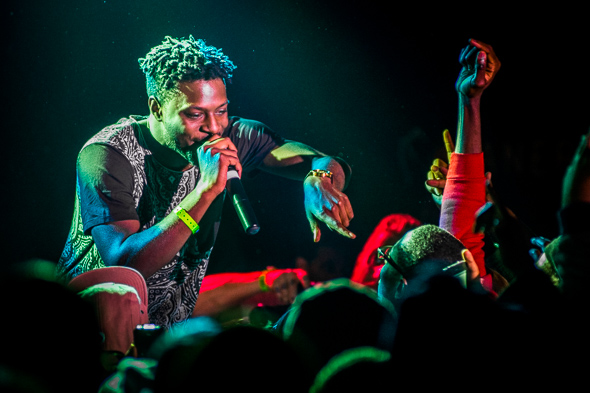 All in all, the set lasted over an hour and the venue was probably at its hypest when the beat for "Soliloquoy" dropped in, making things get rowdy. By the end of the show, there's no doubt that the connection with him was real, with the crowd showing their love by throwing three fingers into the air throughout the night. With Isaiah as their recent signee, it looks like Schoolboy Q was right when he said "Y'all acting like TDE don't run LA, Coast ain't been this hard since Pac, Death Row and Dr. Dre." 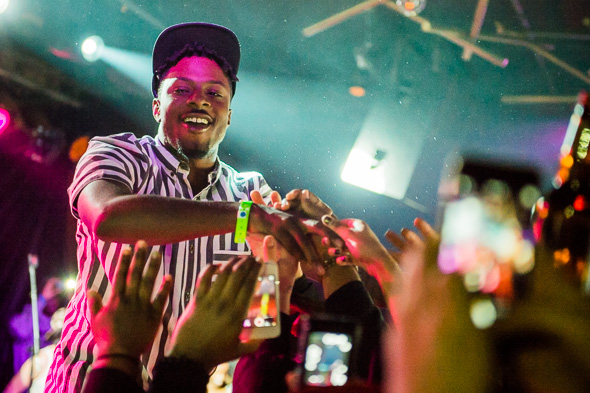 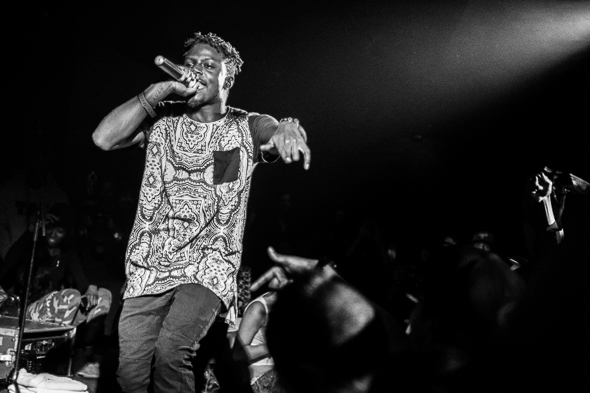 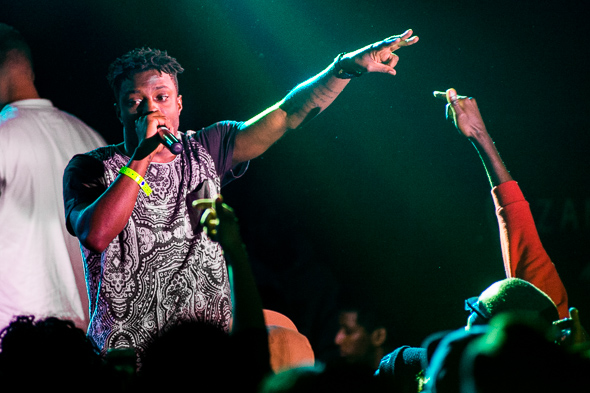 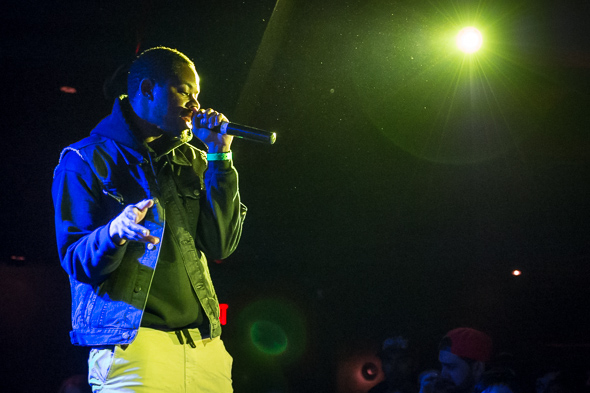 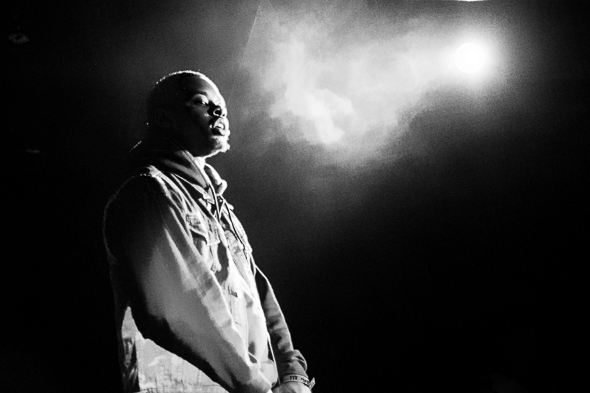