On Thursday night the Kool Haus played host to the Screaming Eagle of Soul, the 65 year old Doctor of Love: Charles Bradley. It's difficult to imagine what it would take to leave one of his shows feeling disappointed. The man is an expert showman and is, simply put, very entertaining to watch. His voice is on a playing field of its own and his stage presence is enchanting. 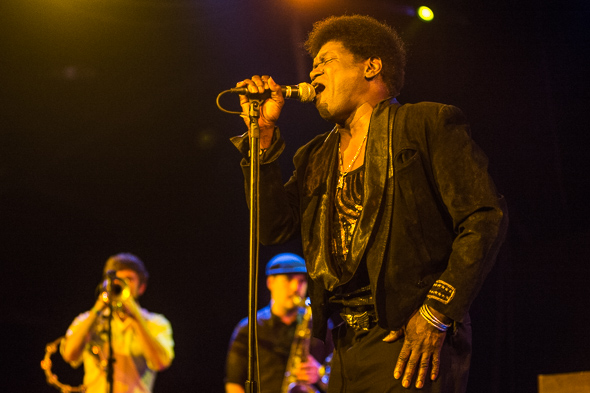 On past tours he was often backed by the Menahan Street Band, but on this occasion he assembled the Extraordinaires, a different, equally tight collective. The band started the show without their star on stage, easing the crowd into their funky world with an instrumental medley that included "Keep On Looking" from label mate's Sharon Jones & The Dap-Kings. The Kool Haus is a very big room, so although this intro was smooth, there was a void that everyone was eager to have Charles Bradley fill. Before bringing him out, the keys player put on his MC hat and roweled up the crowd with some preacher-esque banter. 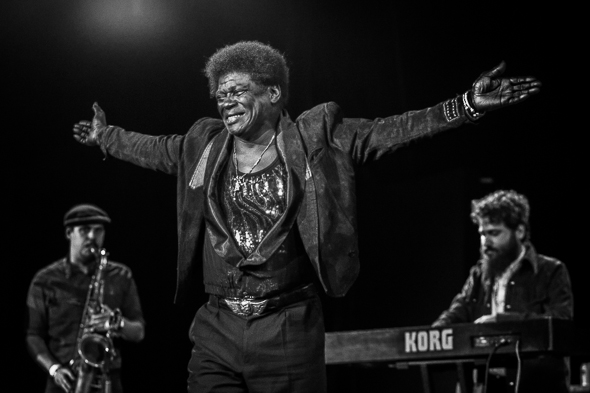 The energy jumped ten fold as soon as Charles Bradley landed. He gleamed his way to the front, wearing a flashy sequins shirt under a jacket that had an eagle on the back. He started with a rugged rendition of "Love Bug Blues", wowing us with energy and showmanship, before moving into some older jams like "The World (Is Going Up In Flames)". His gyrating dance moves during and in between songs are worthy of a show of their own, and it's easy to forget that the man spinning around doing the splits is actually 65 years old. After giving us a quick taste, he left the stage for what would be his first of two wardrobe changes.

In the meantime the band vibed out again, until Charles Bradley returned in a shimmering burgundy onesie draped with a sequins covered black cape. He delivered a combo of emotions over the next hour, including the ultra funky "Hurricane" from his newest album Victim of Love, as well as his rendition of Neil Young's "Heart of Gold" which was received with open arms. 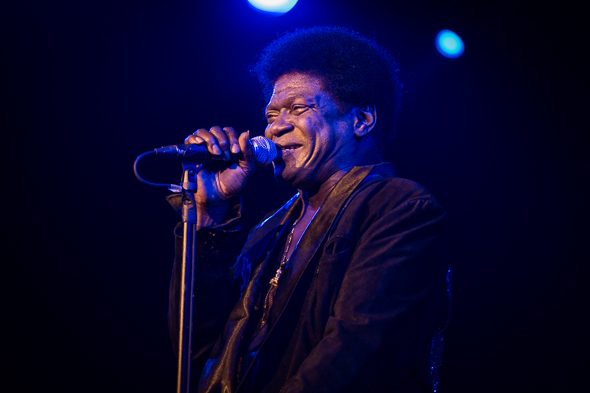 Bradley shines in his ability to explore different emotions while always maintaining his raw raspy core. Sweet soulful love ballads like "Lovin' You Baby" resonate within, while the more erratic, spastic style of a song like "Confusion" makes you want to jump out your skin. At times, however, I couldn't resist the thought of adding some female background vocalists into the mix. He ended the show with a Christmas-themed encore, performing his seasonal tune "Every Day Is Christmas (When I'm Lovin' You)" followed by a lengthy "Gonna Have A Funky Good Time" and "Victim of Love".

When you leave a show like that, you can't help but feel motivated. He's preaching positivity in his music, encouraging people to make a change for the better - whether it be personal or something on a larger scale. He also connects with the lovers in the audience, reminding them to cherish what they have... and for those who haven't found love yet, not to worry, because Charles Bradley loves you. 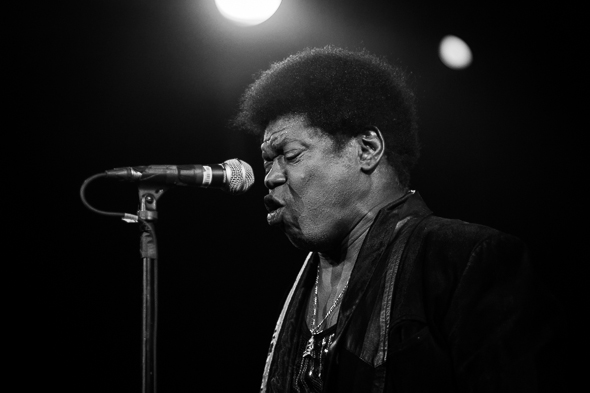 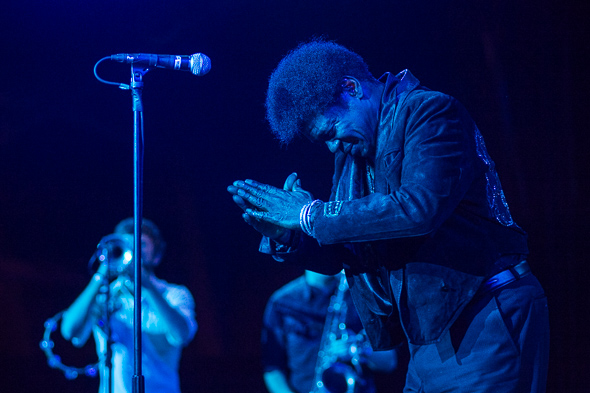 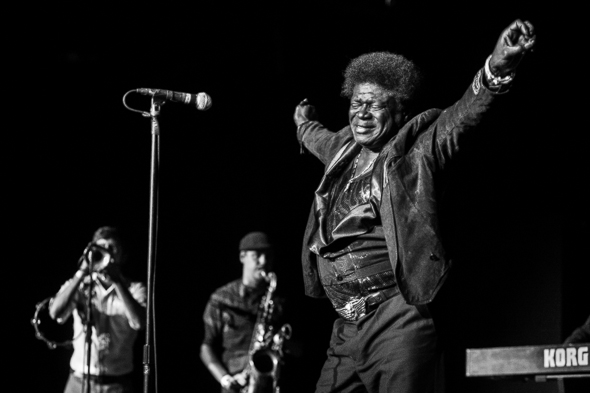 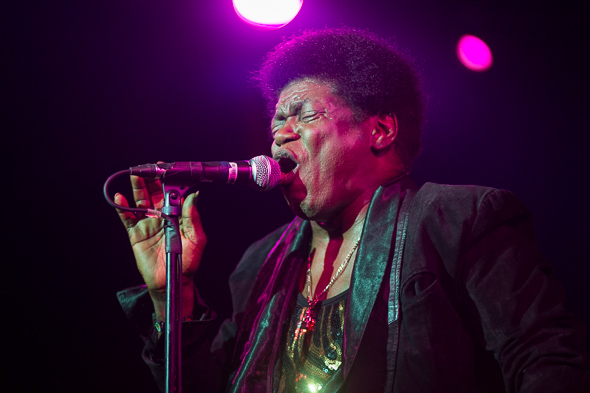 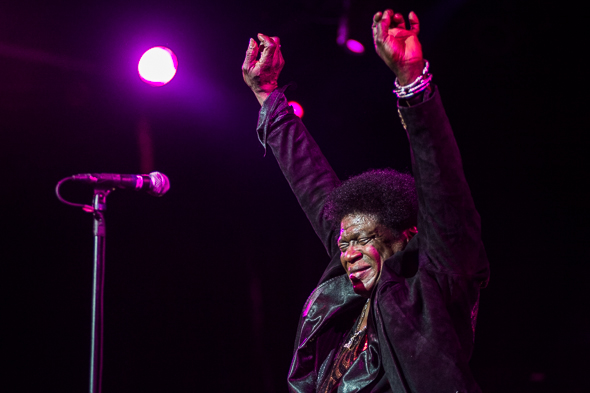