Drake makes love to Toronto at his birthday show

Drake came "thru" town to celebrate his 27th birthday last night at the Air Canada Centre. Perhaps predictably, he was a hilarious diva about it.

As the show gets underway, there are near-visible sparks in the air before he takes the stage. Couples saunter around the ACC wearing matching wife beaters emblazoned with the words "Started from the Bottom." A higher-than-average number of women relative to the general populace arrive tottering on six-inch stilettos, eyes adorned with false lashes. Men walk up and down the aisles selling Smirnoff ice and $15 pints of Canadian. It's appropriately carnivalesque to say the least, complete with pre-sex level anticipation in the air. 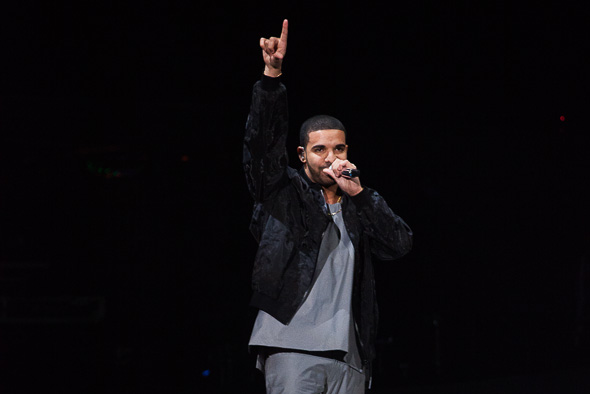 Then the lights go off, and the tension explodes into screams. The crowd is losing it, well before the object of their obsession is anywhere in sight. Drizzy takes the stage, emerging from a violet spaceship/clam hybrid, barking out the lyrics to "Tuscan Leather." I try to catch a video of this momentous occasion, but I'm screaming and laughing too hard. He nails it. 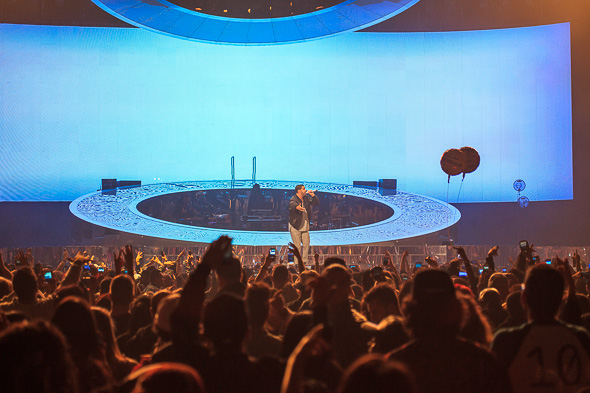 And continues to. He does the majority of the most-beloved songs from his new album, Nothing Was The Same. "Connect," "Furthest Thing," "Wu-Tang," "Started from the Bottom," "Hold on We're Going Home" â all those NWTS instant hits, and they're all amazing for the most part. Drake's voice manages to sound like a well-oiled honey pot live, and despite some abrasive sound issues, eargasms were erupting all around me.

Six minutes before his actual birthday party was scheduled to begin on the Esplanade, Drake burst into "Worst Behaviour," dedicating the song to... Toronto? This makes borderline sense given these lines, if perhaps not overall: "For all the stuntin' I'll forever be immortalized/ Yeah, back and forth across the borderline/ Hate to leave the city, but I've got to do the overtime/Gone all the time, even the important times/I should let you know ahead I'm coming back on my worst behaviour." 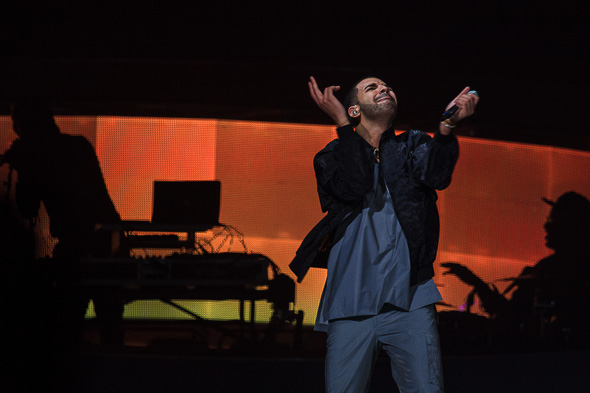 As everyone knew he would, Drake made verbal love to the audience all night, and over and above from the music, the highlight of the show was Drake's character, hands down. He was infused with near-childlike energy, hopping around the stage throughout most of the show. He was also a total geek, which is what makes him so loveable, right? 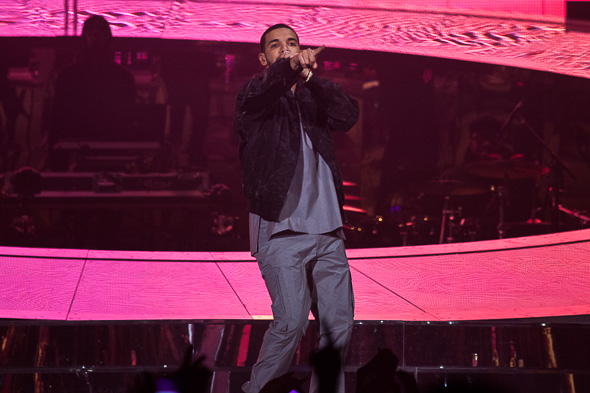 Near what one would expect to be the show's finale, a rickety round platform descends from the ceiling. Drizzy prowls up a ramp to board the platform like Mufasa ascending Pride Rock. Just about every single person in the audience is filming this spectacle and, in true Toronto fashion, you would think nobody cared but for that telltale fact. 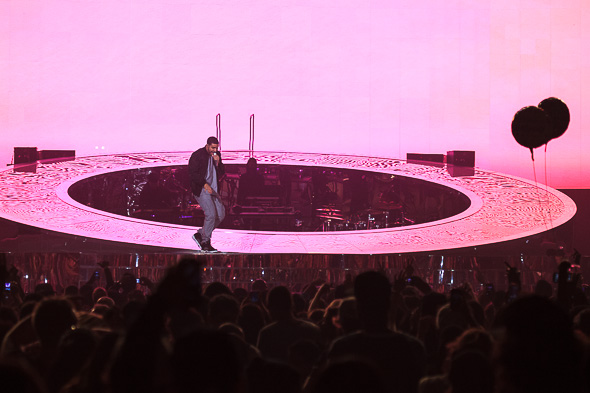 "Take me up to the top, baby. I wanna see wassup," he shouts to an invisible techie. He then spends about half an hour shouting at individual people like a dweeby cheeseburger. "Hey you right there! That your girl? You gonna kiss her?" Then, in an aside to the crowd: "He's got another girl waiting at home for him that's gonna be so mad." Drake thinks his own jokes are funny, and that overt craving for attention is part of why we love him so much. He's real in the sense that he is vulnerable â he seems almost incapable of quelling the vulnerability, actually. 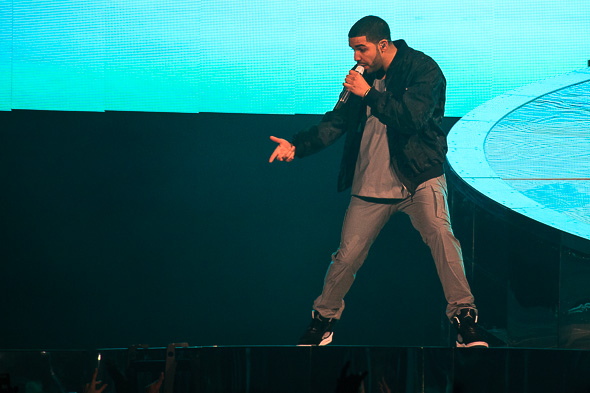 He continues singling people out in this fashion. "I see you in the OVO. It's my bitthday, but I wanna show y'all some love." He proceeds to ask to be lifted to every level of the arena, pitting the three sections against one another to see who could give him the most attention. I have to say it was appropriate for a performance in his home and native land, as it felt a biiit like an NHL game. 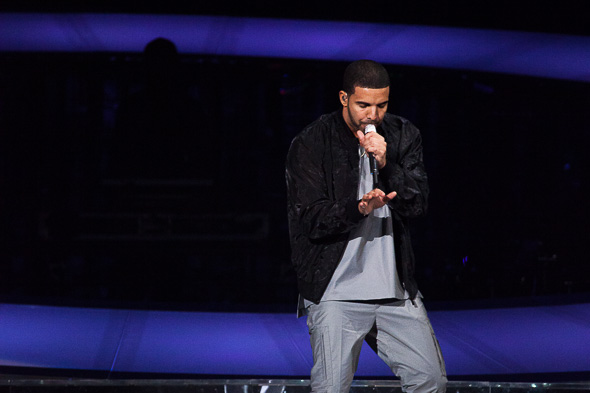 People make fun of Drake for claiming to have started from the bottom when he really, in their view, started from the middle. I've made this criticism myself, to be honest. But as Drake performs, I'm struck by the sense that, for him, the hustle to be successful in living a creative life was a struggle. It takes work. He goes out on "Started from the Bottom" as if to underscore the point.