Back in March when the brand new party collective Foundry launched a month-long music series at Black Box Theatre (now BLK BOX), Toronto was listening. Spread out over several weekends, it played out like a music festival that wasn't confined by the constraints of everything being crammed into a single day. Production value was high, and with elaborate custom visuals and decorations specific to the artists playing, it felt like you could've been at a wrap party for a Michael Bay film. Then there were the artists themselves, a diverse selection spanning techno, dubstep and house, united by the common ground of being the biggest, 100% 'EDM' free, names in dance music currently making people move.

Now Foundry is returning to take the experience beyond the club for an all day and night event spread across two locations that will determine how long you can hold your liquor (the Queen West noodle haven A-Ok and Vietnamese sandwich pop up Heo Yeah will be manning food stands to combat the day drinking exhaustion). While the later portion of the event takes place at 99 Sudbury, where you'll say goodbye to your tomorrow with LA's Nosaj Thing and the melodic late night sway of John Roberts, things get started with a BBQ dance party in the MOCCA courtyard, the first all day jam of it's kind to be thrown in the space.

As Sweeney slowly ascended from the AM to FM dial on WNYU, his now essential show Beats in Space became a galactic melding of dance music genres, where listeners were invited to discover the best sounds from any place in time, whether it was an obscure dusty old kraut record pressed on a hubcap or the latest Golf Channel release. If it sounds good, it gets played.

As his following grew so did the show, and each week Tim is joined by a guest in the studio to chat, share their favourite tracks, and transport you to a planet where no one complains about the music and the only requests made are for the names of songs. With his irrefutable taste and international acclaim it made sense that BIS became more than a radio show, and Tim launched it as a record label for his own releases alongside the boundary pushing artists working in dance music today.

With such an encyclopedic knowledge of music, Tim's DJ sets have the capacity to make Shazam explode, but that's what makes them so compelling: it's not just a DJ your listening too, but the history of dance music itself. While he's home in NY every Tuesday to broadcast his show, I caught him in between sets and flights in Helsinki to talk about his inspirations, radio waves versus club raves, and having a stalker. 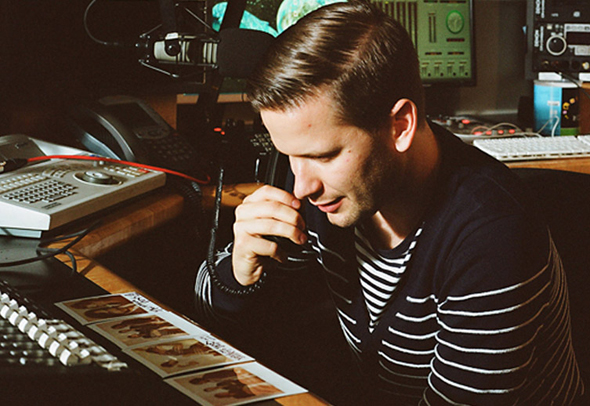 BIS has become a place for dj's and music enthusiasts to find new music, did you grow up learning about music from the radio?

I grew up in Baltimore and listening to Baltimore Club mix shows on the radio was definitely an influence for me. It was a genre that didn't really make it outside of Baltimore until recently. I loved that feeling of being able to find something special on the radio like that. I think the other big thing for me was listening to cassette tapes of pirate radio shows from London that I would get from my older brother. Those were a big influence on me. I remember the first time I went to London and finally got to hear these shows live on the radio and it just felt like I had opened some magic door that only a few people knew about.

What influenced you to start the show?

It was a combination of those tapes and playing on college radio shows when I was in high school and seeing how much I enjoyed playing on those shows. It was just like when I was practicing Djing at home. No one else there. Just me and my records.

How do you find a balance between your radio sets and club gigs? Do you prefer trying to make people dance or make them listen and discover?

I really enjoy having the two different outlets. Sometimes DJing in front of a crowd can be the best experience in the world. You can connect with the dance floor and create something really special with the music, lights, sound system and people. But there are a lot of times where club or festival gigs can feel miserable. Where there's no connection with people, no one looks happy and no one dances. It's definitely at those moments where I appreciate going back to my little bubble of the radio show and not having to worry about any dance floor or people. The radio show is just playing music I love. 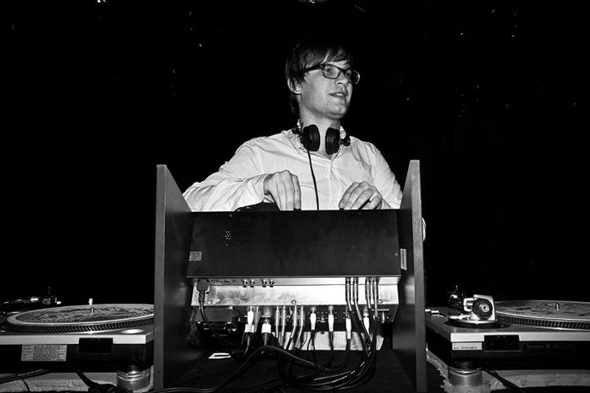 You've had some shows that turn into extended interviews, particularly with big personalities like DJ Harvey. Have there been any guests that surprised you with their candidness? Has there ever been something you had to cut out of a show?

I think that last interview with Harvey was pretty enlightening. He really opened up about going sober, why he did that and how that's effected his DJ sets. I appreciate it when the guests don't hold back.

I know its like asking to choose between children, but do you have a favourite guest or episode?

After 14 years of doing a weekly radio show, it's a lot of children to choose from. It was fun finally speaking with my stalker, Victor From Washington Heights, earlier this year though. We did a 40 minuted interview on the air and I now feel there's only a 50% chance he will kill me one day.

The nature of your show is the exact opposite of mainstream radio, but are there any commercial hits out there right now that are a guilty pleasure and make you kind of want to dj a wedding? 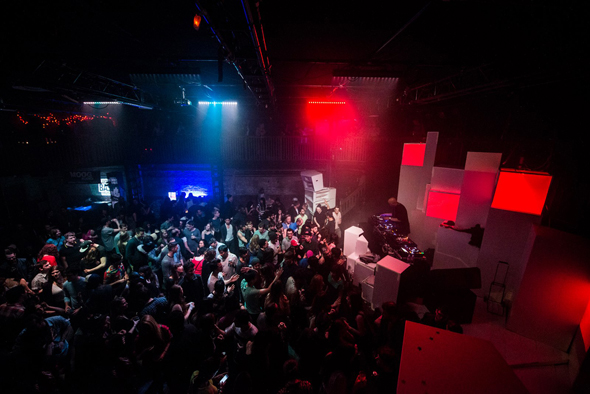 Now that BIS is also a record label, how do you curate what artists will have releases on it?

It's similar to how I choose guests for the radio show. If I love the music, then I'll put it out. I don't care if one release is disco, another is house and the next is rock. It's about putting quality music out there.

Having worked with DFA during it's prime, how do you feel about the label now? Do you get the sense that times have changed with it?

The label has definitely changed a lot since I was there. I mean, there's a lawsuit happening right now between the two founders, so you know things are not like they used to be!

A standard question I'm sure, but if you could have any guest living or dead, from past present or future come on the show, who would it be?
Has to be the godfather of it all: David Mancuso! I've been trying to get him on the show for years, but haven't had any luck. I hope it'll happen one day, but who knows.

Producers and DJs are taking over the MOCCA courtyard Saturday afternoon for Foundry's barbecue, then 99 Sudbury will host two rooms of forward thinking music and art. Passes are available for both day and night at $20, or separately for $15. Full schedule.

Writing by Aidan Johnston / Photos of Foundry by Conrad McGee-Stocks. Photos of Tim Sweeney by Camilo Fuentealba and Jesse O'Brien.