Drake Drops New Single Early
Love him or hate him, though, there's no denying that Drake's one of the biggest stars in the game right now. He had promised to release his new single, "Started From the Bottom," on the eve of the Grammys, but it quietly hit the web last Friday. Have a listen.

2013 SiriusXM Indies Announced
Canadian Music Week is fast approaching, and with it, the 2013 Independent Music Awards - the SiriusXM Indies. The annual show, which will be held at the Kool Haus on March 22, honours the best Canadian and international independent music of the past year, and always boasts a stellar lineup of live performers. This year's show will see the likes of Matt Mays, Yukon Blonde, Diamond Rings, The Wooden Sky, and Cadence Weapon take the stage. Full details and a complete list of nominees can be found here.

k-os Releases BLack on BLonde
Drake wasn't the only local boy to drop some new material this past week. k-os, who's made a career out of releasing hip-hop that tends to go against the grain, released his new double album BLack on BLonde last Tuesday. The healthy mix of hip-hop and rock tunes sees guest appearances from Emily Haines, Sam Roberts, and the incomparable Corey Hart (yeah, for real). 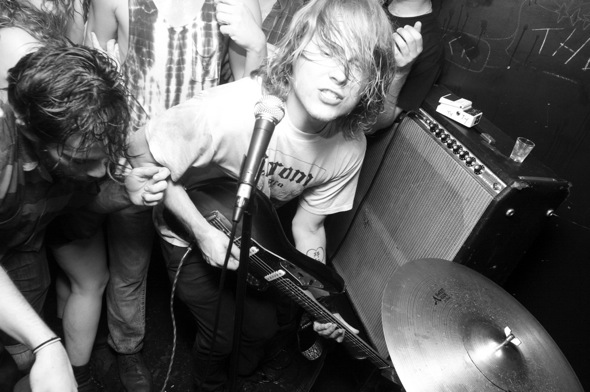 WEDNESDAY FEBRUARY 6 / TY SEGALL / THE PHOENIX / 410 SHERBOURNE / $16.50 / 19+
San Francisco garage rocker Ty Segall will hit the stage at The Phoenix on Wednesday, along with Ex-Cult. Segall has created a nice little solo career for himself, and also splits his time up with a number of bands, including Fuzz, Epislons, and Sic Alps. It's lo-fi, it's psychedelic, it has that awesome garage-rock sound...it's a little bit of everything.

SATURDAY FEBRUARY 9 / HILOTRONS / THE GARRISON / 1197 DUNDAS W / $8 / 19+
Hilotrons describe their sound as "Pop New Wave Dance Stuff," and that's about as accurate a description as you're going to find. It's not a genre of music that's going to appeal to all tastes, of course, but at 8 bucks, it's worth taking a chance on.

WHAT WE GOT UP TO LAST WEEK