On Saturday a Toronto Spice Girls tribute band, appropriately called Wannabe took over The Great Hall in celebration of their 1-year anniversary of being together, and a celebration of all things girl-power. After a sold out gig at The El Mocambo a year ago, the look-and-sound-alike quintet had a whole new stage show to debut, backed by their pro live band, complete with costume changes, confetti, and buff shirtless men named The Spice Boys.

As the venue started filling up, 90s pop classics blared from the Union Jack-clad speakers, and the vibe was ripe with nostalgia and 90's outfits. The crowd was made up of mostly 20-something women (former tween Spice Girls fans), and a small percentage of gay and straight men. I suspect the straight men may have caught on to the night being a good place to pick up, and one particularly rowdy group conga lined and danced their way into many throngs of girls. As every Spice Girls fan knows: If you wanna be my lover, you gotta get with my friends. 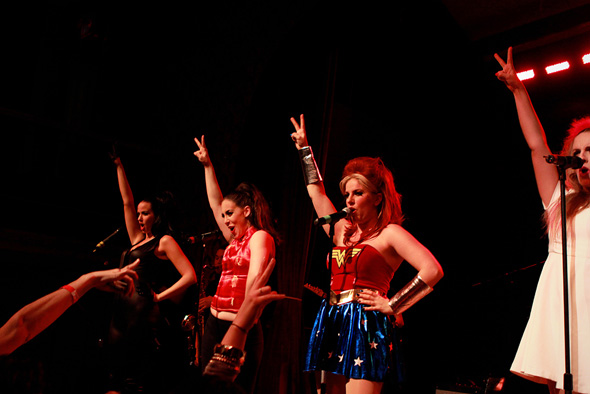 A note to those who may be scratching their heads at the very existence of this concert: If you didn't grow up a Spice Girls fan, you may just not get it. But for those of us who grew up in a teenage Spice World, we no doubt had our favourite Spice Girl and always dressed like them on Halloween growing up, making this kinda too good to be true. Especially if you missed seeing them live back in their heyday or for their reunion tour last year, this felt like the next best - and the only - thing. The only real live Spice you're gonna get these days in Toronto. 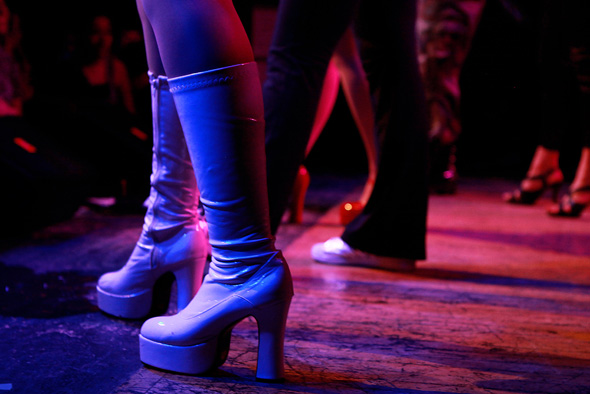 Excitement mounted as the clock stretched well past their announced start time. And then, finally...Wannabe took to the stage, amid screams and squeals louder than the group's own harmonies at times. 98% of the time they had the whole thing down flawlessly. Scary and Sporty stood out a little bit above the rest as complete dead ringers. If you were a bit further back in the crowd, head and hips swinging back and forth, singing along with them, you could've easily mistaken them for the real deal. 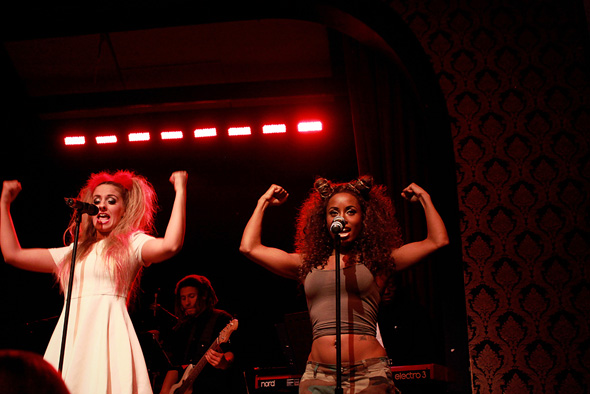 Wannabe did an excellent job at building up momentum throughout the show. The first set featured tracks like "Saturday Night", "2 Become 1" and "Mama". Then, another 90s pop hit dance party c/o of DJ Kung Fu Kid while the girls exited the stage and changed clothes. They returned in classic ensembles most fans would recognize as archetypal Spice Girls outfits complete with rhinestoned Union Jack bustier on Ginger, white knee high platforms on Baby and black pleather catsuit on Posh. 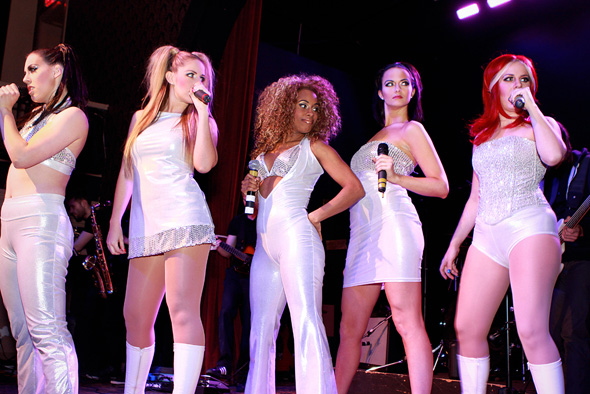 The second set is when things really got spicy. The hits came out one by one, but Wannabe saved the best for last. What did we want, did we really really want? WANNABE, of course!

But not before the Spice Boys (mentioned above) came out to dance alongside Ginger & the girls for a rendition of "It's Raining Men". Wannabe and Spice Up Your Life closed out the show, and the audience's teenage dream was complete. And Wannabe: Spice Girls Tribute Band seemed to have the time of their lives spicing up our lives. Girl Power! 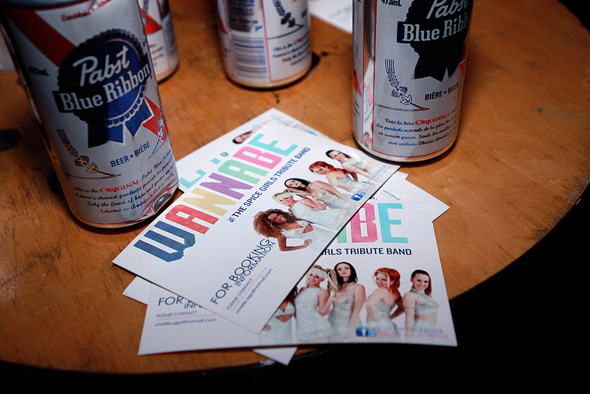