Behind the scenes at Candle Recording Studio

Sterling Road isn't exactly a picturesque section of Toronto, but tucked away in this former industrial hotbed are hubs of creativity like art galleries, circus training centres, off-beat furniture shops and recording studios. Amongst them is Candle Recording, an intimate studio run by Leon Taheny and Josh Korody. Walking into the space last week, I felt like I had entered someone's cozy living room.

Taheny has been entrenced in the local music scene for the past seven years — starting with a bang when he worked with Owen Pallet (then "Final Fantasy") on his Polaris winning record He Poos Clouds. He's been a member of numerous bands and is most recently the other half of Brian Borcherdt's Dusted. Korody, on the other hand, studied recording arts at Fanshawe College, set up shop in his parents' basement and eventually made it to Toronto in high demand. He's currently involved in the bands Beliefs and Breeze.

With the studio on the cusp of its first anniversary, I dropped by to chat about what they've been up to and what's in store for year two. 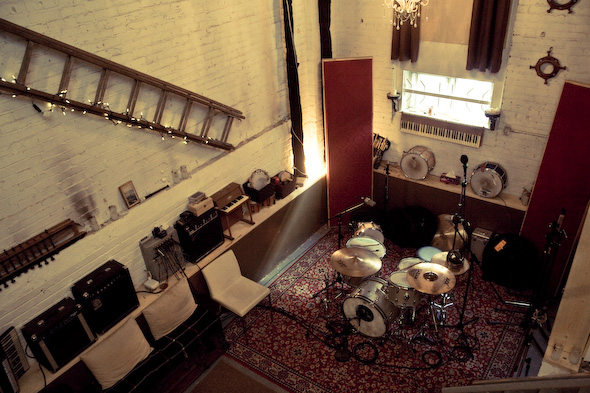 How'd you get started in the recording industry?

JK: I started my recording career at Fanshawe College, when I asked the Toronto band The Mark Inside to play on campus and if they wanted to record with me for free because I didn't have any experience. We recorded two songs live off the floor and with some stressing out and help from a few friends in the program we miraculously were able to get levels and print it to tape. After watching a band play live in front of you through the control room glass and hearing it back through the board and tape machine just knowing that you made it come through...that's when I knew I wanted to keep doing this.

LT: Before this current studio, I had been producing and engineering professionally for about seven years. My first projects were with bands from the Blocks Blocks Blocks Recording Club. I had the pleasure of mixing and mastering records for Barcelona Pavilion, Les Mouches, Hank, The Phonemes, and many more. At the same time, I was assisting my friend Al P (MSTRKRFT) in the studio with The Sick Lipstick, Death From Above 1979, The Panthers, and Fox the Boombox.

Toronto's music scene was undergoing change...cool new bands were popping up everywhere, and I was fortunate enough to be learning my craft while some amazing musicians were also learning theirs! I began producing Final Fantasy with Owen Pallett when I was 21 — it was my first ever proper production. The two of us stuck together for a few more recordings, and won the first ever Polaris Music Prize for our second LP, He Poos Clouds. I began to work with other amazing bands like Ohbijou, The Wooden Sky, and one of my favourites, Bruce Peninsula, as well as countless others. 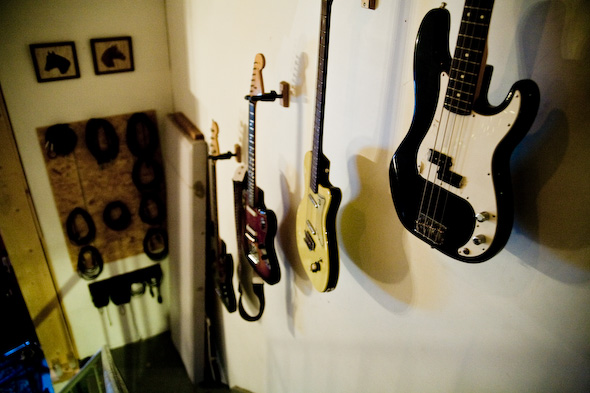 How did the two of you connect?

JK: After I graduated I bought as much gear as I could afford and started recording hardcore bands in my parents' basement in Niagara. Eventually it just made sense to move to where the excitement was, so I started recording some great Toronto bands with my portable recording rig — the first two were Burning Love in their rehearsal space and Great Bloomers at Tim (the guitarist's) cottage. I was getting too much work and I needed to find a cheap but vibey studio to rent, and that's when a friend of mine recommended I meet Leon. 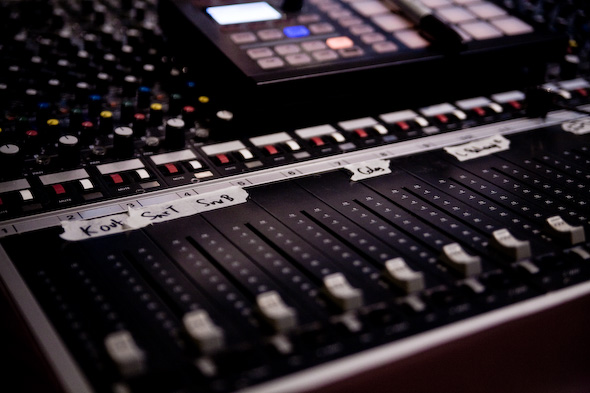 What artists are you working with at the moment?

What about future projects?

LT: We're about to start with Kat Burns from Forest City Lovers and Elaine Canning, who is a harpist.

Brian Borcherdt and I are also starting on a new Dusted record soon — it's gonna be different, but we're trying to keep the mood the same — the idea that not much is going on. Total Dust was very obviously and purposefully a first step record and now it's cool to know what everyone liked about it and what we liked, and we're just going to roll with that. 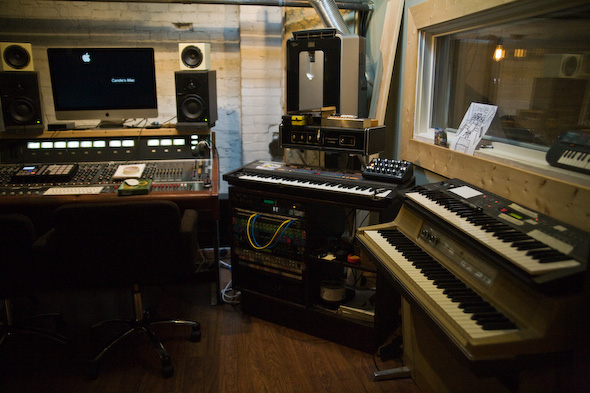 What do you think sets Candle apart from other recording studios?

LT: I would say that Candle allows us to feel much more comfortable in our own environment while we work our hardest to make the most creative and interesting music at all times. It's always exciting to give great bands such as Austra, Tokyo Police Club, or Maylee Todd a tour of the studio and immediately book a session based on how it feels. It means the hours of brainstorming Josh and I do on every element (even down to where the chairs are placed) has paid off. As soon as they walk in, people can see the care we take in making Candle Recording the most comfortable and professional space we can — and that's exactly the kind of reaction we've always hoped for!

JK: The most common and positive thing people say when they come in is "I just want to live here!"