Get to know a DJ: DJ Sumation

DJ Sumation first got into DJ-ing when he co-founded AsianXPress with his partner in 2000. AX, as it's now called, was one of the first gay Asian-themed parties in Toronto.

As a continued fixture within the city's gay party scene today, he serves up his diverse blend of Top 40 hits, dance, electro house, deep house, R&B, hip hop, and reggae at numerous residencies, which include Collegenite at Church on Church, Sodom at Club 120, fly nightclub, Byzantium, and Zipperz.

He also actively supports community causes and has spun at numerous charity events, including for the National Ballet School, PWA and MS Society of Canada.

I spoke with him about pioneering the AX parties, the songs that set his dance floor on fire in 2012 and his thoughts on how the city's gay party scene has evolved.

AX was one of the first parties catered to the gay Asian community. Why was the project important to you?

I always liked the idea of having Asian representation in the community. There is a lot of talent in the Asian community that wouldn't normally have the chance to showcase their talent, because there really was no venue for them. It was important to me to have that community.

I met a lot of talented people - whether they were singers, dancers, and drag performers. I helped give them pointers on things like song selection and with their costumes and image and what would be fun to see on stage. 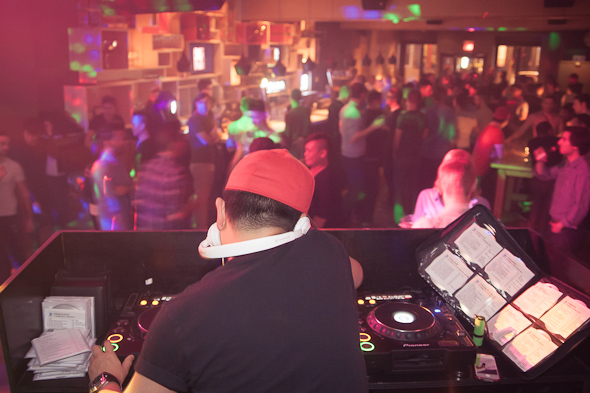 How did you learn to DJ?

We didn't have an Asian DJ to represent the AsianXpress parties, so I tried it out to see if it's something that I could do. I had a huge selection of CD singles, which I've collected since high school. I had a huge repertoire ready and so I just played the music myself.

I started out by learning how to mix CDs. I bought myself a pair of Pioneer CD players and a mixer and I started practicing at home. I also watched a lot of other DJs and how they did it. I would speak with them to get pointers. A few years ago, I started to use Serato and used the tool to do my video mixing, because I had started to do video dance parties.

What were some of your favourite memories from the AX parties?

There are so many of them. One night, we did a dance competition party. We had so many people participate and we even set up a (faux) graffiti brick wall background. This was how we discovered that we had so many talented dancers in the community.

Another highlight was Pride in June 2010, held at the Steam Whistle Roundhouse. We had so many people come. There are so many big Pride events, so for AX to do a big party with close to 1,000 guests, it was a real highlight for me.

You're no longer with AX. Why did you move on and have you checked out the parties since you left?

The reason why I moved on was because I felt it was the right time after my 10 year anniversary, to close this chapter and move on to focus on building myself as a DJ. I check out AX still once in a while if I'm not spinning. The crowd and styling of AX is different now. 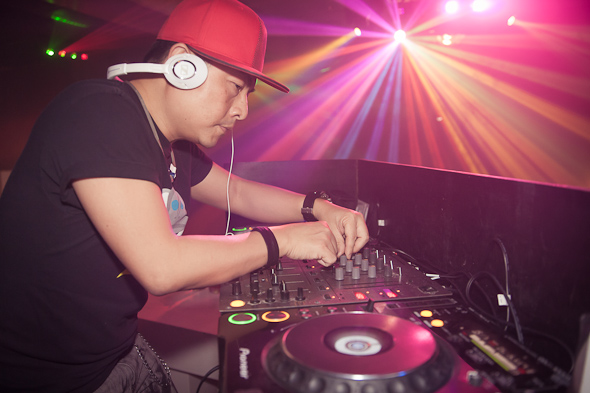 You have been an active member of Toronto's LGBT community and entertainment scene for over a decade. How has the gay party scene in Toronto changed and where do you see it going?

The gay party scene has changed a lot. Back then, the audience liked the big venues and now, people like the smaller and more intimate venues.

They also like something new and fresh all the time. I think it has to do with the way media has changed and how it's easier to discover new music. For example, it's easy to go on YouTube and discover a new artist and so the expectation is to hear it right away in the club. So as a DJ, you have to keep changing and find new music for the audience. I like to talk to the people who come to my parties, because it's a great way to find out what they like.

Speaking of musical tastes, what were the top 10 songs that set your dance floor on fire in 2012?

One of the most popular songs was "Gangnam Style." The past three or four months, I got a request for this song everywhere I spin. Another popular song was Rihanna's "Where Have You Been?" Personally, I loved Usher's "Scream" and "Starships" by Nicki Minaj.

The other songs in the Top 10 - in no particular order were: "Somebody That I Used To Know" by Gotye, "Timebomb" by Kylie Minogue, "Let's Have A Kiki" by Scissor Sisters, "Let's Go" by Calvin Harris, "Wild One Two" by Jack Back and "We Run The Night" by Havana Brown.

Which DJs inspire you?

I quite enjoy (Toronto-based) DJ Deko-ze a lot. He's a friend of mine. He knows a lot about music and when he spins, he's very energetic and has passion. He has such great connection with his audience. That is the same quality that I try to bring to my work.

One of my goals is to do more overseas gigs. I've done Vietnam before; I did the New Year's Eve party last year at Centro Bar in Ho Chi Minh City. I will be doing another gig in Vietnam next year. I'm also already talking with somebody about doing something in Brazil as well as New York City. 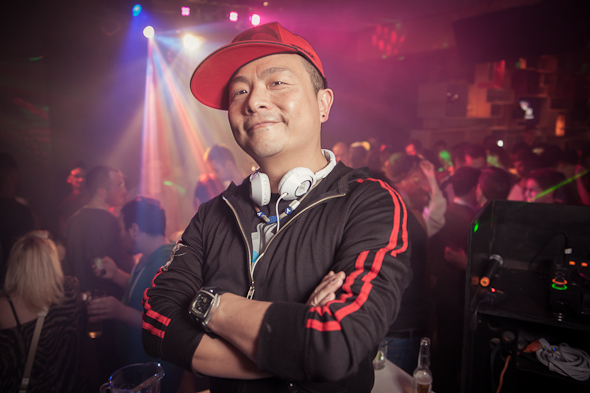 Favourite brunch spot? Dimsum at Rol San in Chinatown.
Starbucks or Dark Horse? Starbucks.
Favourite venue? Fly nightclub and Club 120.
What are you listening to on your iPod right now? "Diamonds" by Rihanna. I like her music. Every single album has good stuff going on. I will be seeing her show in March.

For more DJ profiles, visit our Toronto DJs board on Pinterest