Last night, I sat and listened to Cold Specks, and I got chills.

Okay, maybe not quite; it was too damn hot at The Great Hall last night for that. But when the band began playing "Blank Maps," from their Polaris Prize-nominated debut I Predict A Graceful Expulsion, I could feel the hair rising on my arms and many others in the audience lean forward, unconsciously going to the edges of their seats. 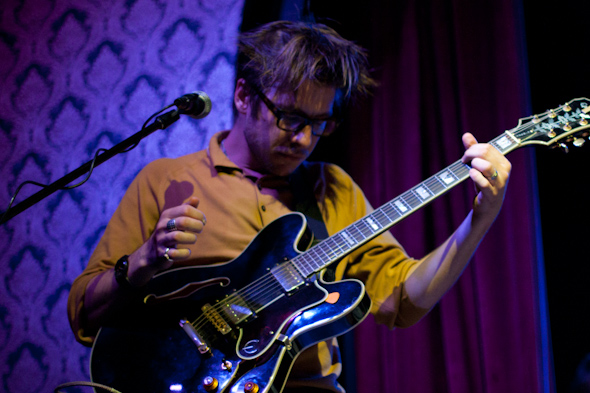 Beginning with a deceptively simple melody and a fingerpicked guitar, the song quickly gathered momentum as other instruments came in piecemeal, driving it forward. In a long black dress at center stage, lead singer Al Spx led her band through a too-short set of self-described 'doom-soul' for a sold-out crowd of eager fans.

Cold Specks ran through I Predict A Graceful Expulsion in its entirety as well as an a capella version of that modern classic, the Fresh Prince of Bel-Air theme song. The band stepped away for Spx's rousing traditional closer "Stepstones" and the band used the encore to showcase a new song. "All Flesh Is Grass," as played last night, features heavier, more prominent drums than I'm used to from the group, but its haunting chorus and compelling lyrics make me anxious to hear it again — as well as any more unreleased material they may have. 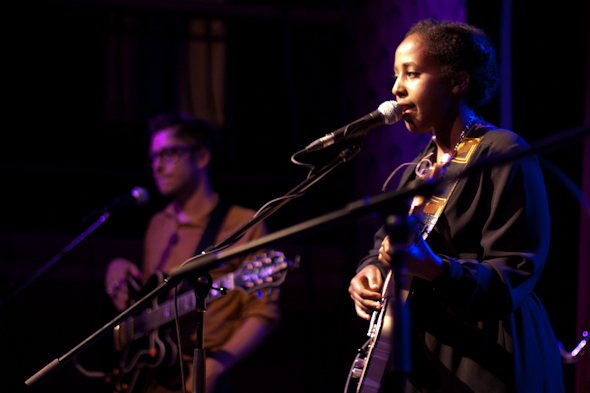 Last time I saw Cold Specks, it was just lead singer Spx playing solo; having the other members of her group on stage last night completely changed the tenor of the show. The music was tense, beautiful and restless all at once. Parts like the cello limping through the chorus of "Heavy Hands," or the subtle percussion pushing "Hector" forward, kept the set engaging and it seemed almost surprising when the band left the stage a little more than an hour after they'd first stepped up to it. 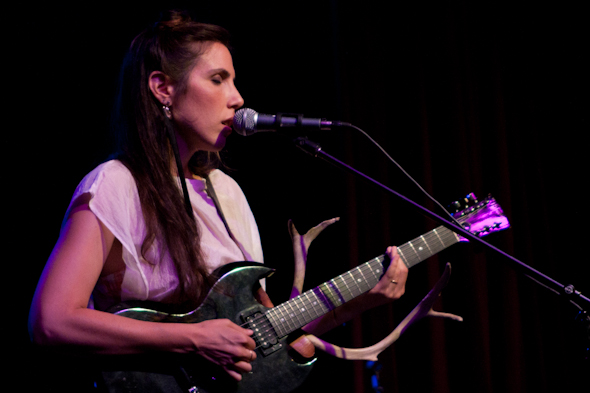 Self-described "Toronto-by-choice" ghostly folk duo Snowblink opened up with "Green To Gone," from their 2011 debut album Long Live. Lead singer Daniela Gesundheit has a very unique, lyrical and expressive voice, and the band made great use of loopers, delays and reverb to fill out their songs. Their two-part vocals — harmony or counterpoint often sung by guitarist Dan Goldman — were used to add some very dramatic dynamic shifts to their set. The climax of their set was a new song, "Inner Mini Mississippi," from their upcoming record, Inner Classics, but the audience also responded strongly to a cover of "State Trooper" by Bruce Springsteen.

Snowblink will be playing a special two-show album release at The Music Gallery on September 22nd, but their new album will be available as of the 11th. 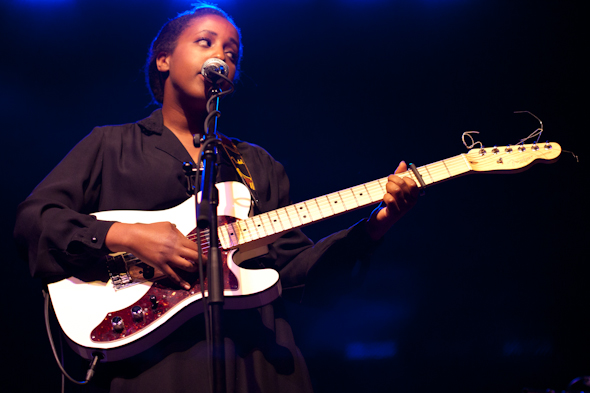 I Predict A Graceful Expulsion is considered by many to be an underdog in the Polaris Prize competition. Though it is nominated alongside such Canadian cultural and commercial darlings as Feist and Drake, Cold Specks' debut is arresting and forceful, demanding and rewarding in the same fashion as Al Spx and company were at The Great Hall last night. 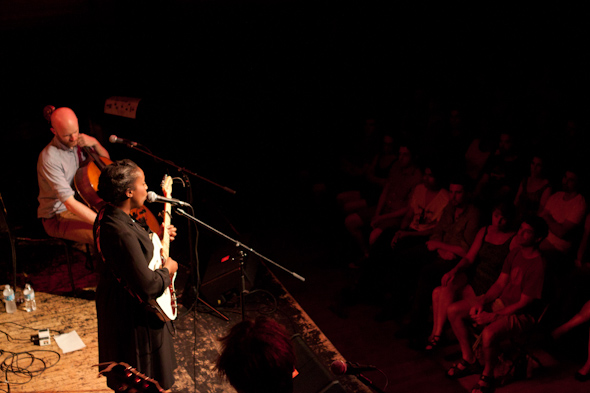 "I want it to roar," said Spx, right before the band left the stage for the first time. The standing ovation the crowd answered her with should be proof enough that Cold Specks have people's attention. 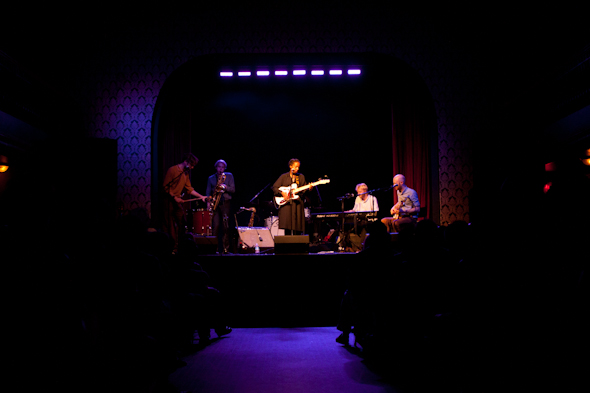