Toronto Pride gets bent into shape with SSION

Whoever booked SSION at Wrongbar for Toronto Pride deserves a medal. Though Cody Critcheloe didn't bring any backup dancers, elaborate props, or blood-filled effigies along, his drummer and synth player, and his very own sparkly baseball cap and bright red jacket were all he needed to give lucky fans one of the best shows this summer. 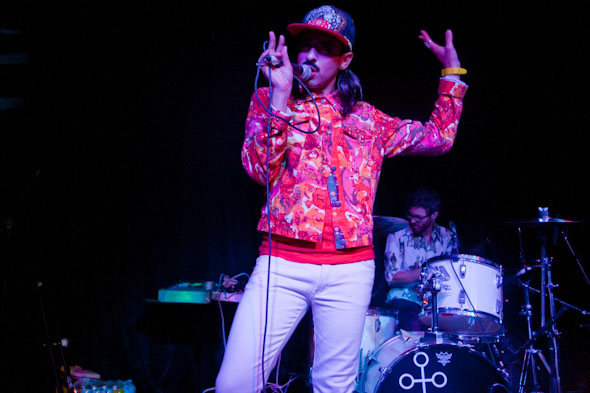 This is going to be a love letter to Critcheloe, so let's just get everything on the table. SSION's toured with the Yeah Yeah Yeahs, CSS, and Gossip, worked with Glass Candy, and directed videos for Liars, Peaches and Santigold, but I'd never heard of him until last summer, when he released his 2011 album Bent for free download (the link was taken down later last year).

At first, I didn't like Bent but I couldn't stop listening to it. Then I loved it. Soon I realized the screaming, mustached ex-Kentuckian's work is everything I would be looking for were I was able to conceive of this kind of art high-punk madness on my own. If you haven't seen the video for "Earthquake" yet, you're hanging out in all the wrong corners on the internet.

Every song on Bent is pop gold (likely why I was resistant to it, and also why I couldn't tear myself away) yet Critcheloe brings his riot grrrl heart and playful-yet-R-rated, John Waters vibe to everything he does. For instance, fans can look forward to SSION's yet-unreleased "gay, punk rock equivalent of Forrest Gump" (coming soon, Critcheloe promises). 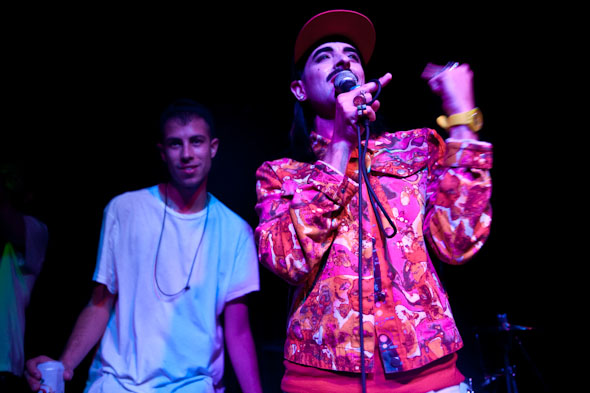 Saturday's short set was comprised almost entirely of songs from Bent, and since the album won't be out as a physical release until September, it was exciting to see an internet sensation brought to life. Some audience members knew the lyrics, though one girl asked my photographer what the band was called. 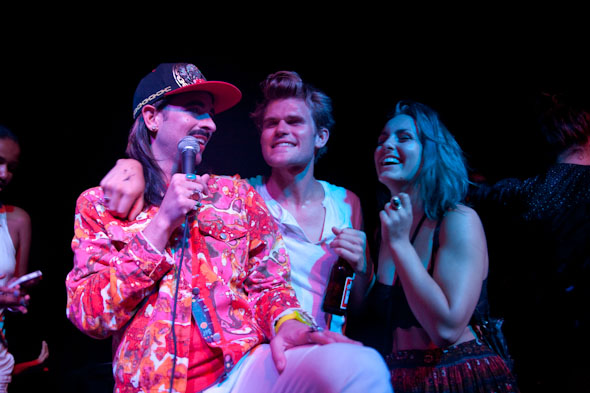 From Critcheloe's first scream, there was no show; instead, there was a party. At first, Critcheloe alternated between dancing on stage and bouncing in the crowd, until just before the last song, when he surrendered the stage to at least fifteen pride partiers, choosing instead to revel in the happiest mosh pit I've ever seen.

"Psy-Chic" stood out to me live as supremely catchy, and the band also rocked their older single "Clown." "You look real funny" Critcheloe taunted, then laughed for a full minute, before adding "that's okay, I'm funny too." SSION's sound was tempered by shrieking feedback which never seemed out of place, and their approach to music succeeds at both defying any set genre and being super fun. 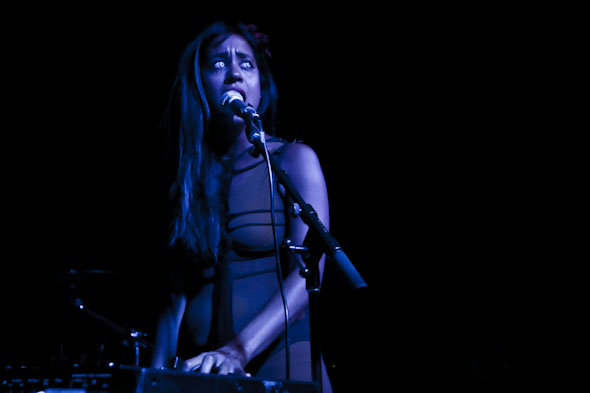 Kudos also go out to opener Lioness for getting the party started. Vocalist Vanessa Fischer has a huge voice and knows how to own a room (and rock a cape), and the band's energy was full-on from the second they appeared in their skeleton masks to the moment when Fischer left the stage, followed by cheers.

?
Listen 2 The Grrrls
Growin
Luvvbazaar
My Love Grows In The Dark
Clown
Psy-Chic
Blonde With U