Refused are back from the dead and good as ever

"Everything old is new again" is not exactly a maxim one would have ever thought applicable to a band like Refused. After having broken up in 1998 under acrimonious circumstances, the post-hardcore greats released a press release in which they basically stated they would never reform so as to most effectively spread their extreme left leaning message in five different directions.

They had just put out their most successful and critically acclaimed album, The Shape of Punk to Come, but it hadn't been enough to keep the band from imploding on an ill-fated US tour following the record's release. Despite having declared in their final signoff (which reads more like a treatise) that "REFUSED ARE FUCKING DEAD," it's 2012 and the band are playing Coachella, a number of high profile European festivals, and two nights at the 3000+ capacity Sound Academy in the midst of a brief North American jaunt. 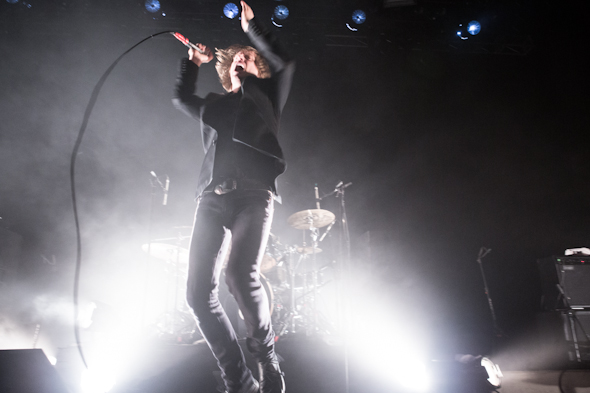 While the notion of a hardcore band kicking off a $40 show with a song that begins "I've got a bone to pick with capitalism" inspires a bit of cognitive dissonance, it's tough to get hung up when the band were this tight. The packed crowd was practically eating out of their hands before they even took the stage, whooping and hollering as a curtain emblazoned with the band's name lined the entire length of the stage as feedback slowly got more intense. A prerecorded voice announced "Worms of the Senses/Faculties of the Skull," the curtain dropped, and the band began immediately.

Singer Dennis Lyxzén, clad in a three-piece suit, bounded around the stage like a man possessed, stopping only for a particularly strained scream or howl. The band, who have no shortage of lengthy, complex songs, were absurdly tight, particularly the rhythm section of bassist Magnus Flagg and drummer David Sandström. The two provided a nuanced, at times groovy backbeat to the band's distinctive brand of post-hardcore. 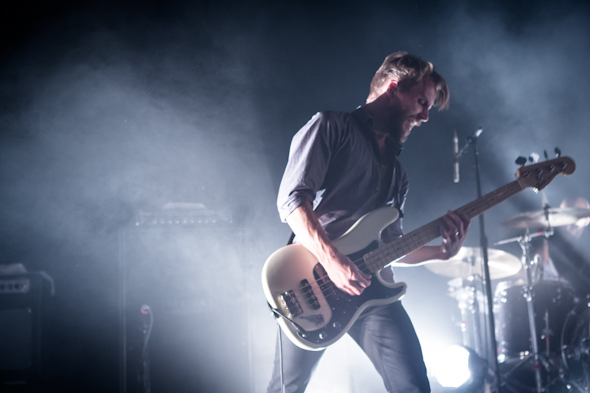 Most of the set was culled from The Shape of Punk to Come, and that album's remarkably striking patterns of tension and release were replicated with instrumental precision in a live setting. For a band that were said to be at times spotty in their original run, the band's Monday night performance showed none of that - they were explosive. 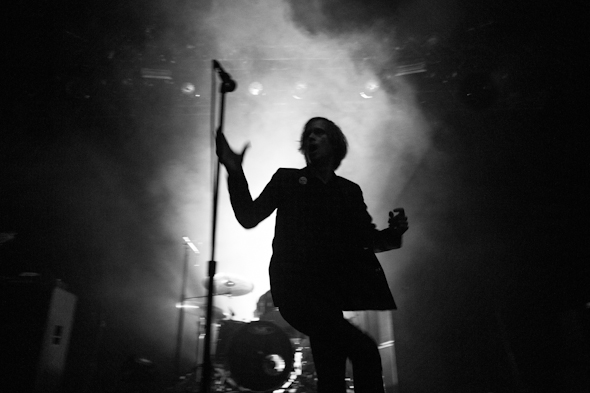 Lyxzén 's voice has only increased in range in the last 14 years. His wails haven't lost any of their intensity, and his moments of actual singing were more full-bodied than they come off on Shape of Punk to Come highlights like "Summerholidays vs. Punkroutine" and "Liberation Frequency."

Almost every song was met with shoutalongs by the rowdy crowd, which spanned a huge diversity in age - testament to the band's key influence to a future generation of punk music. The band have said that the purpose behind this tour (besides the paycheques - those have to help) is to finally do The Shape of Punk to Come justice live, and this has to be commended as a success. Judging by this performance, Refused have lost none of their fire, proving to their own generation and the next that their songs have retained their immediacy and power. 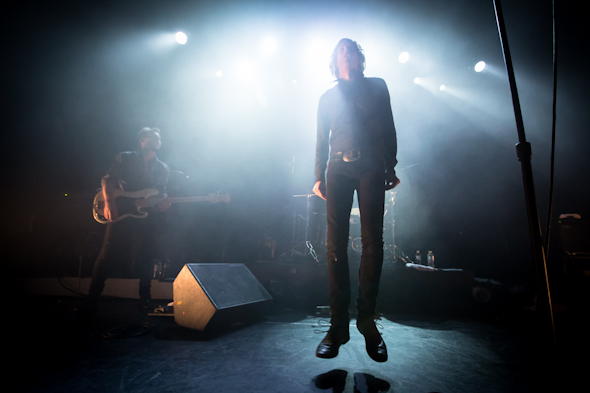 It remains to be seen whether the band will write and record any new material, but any skeptics concerned for a perceived lack of scruples in having such a politically minded group reunite have little to worry about. "Stay hungry, stay curious, stay wild," Lyxzén repeated to the crowd before launching into "Tannhäuser/Derivè," the thunderous last song of the night. The band, at the very least, made a convincing argument that they themselves still feel the same drive. This victory lap is obviously serving them well, so one can hope it fires the creative engines too. 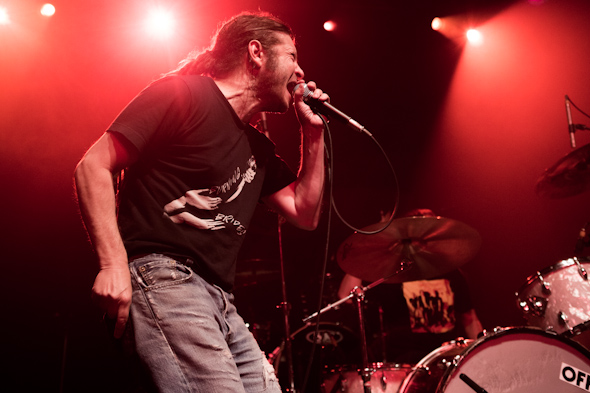 Opening the night were some punk rock legends who are clearly living in the now, California's OFF!. After Keith Morris of Circle Jerks (and once upon a time, Black Flag) collaborated with Dimitri Coats (of Burning Brides) for an album that didn't pan out, they wound up forming their own. Giving distinct pop structure to their fragmented blink-and-you'll-miss-it songs is Redd Kross bassist Steven Shane McDonald, and Hot Snakes/Rocket from the Crypt drummer Mario Rubalcab steadily keeps the whole thing in check. 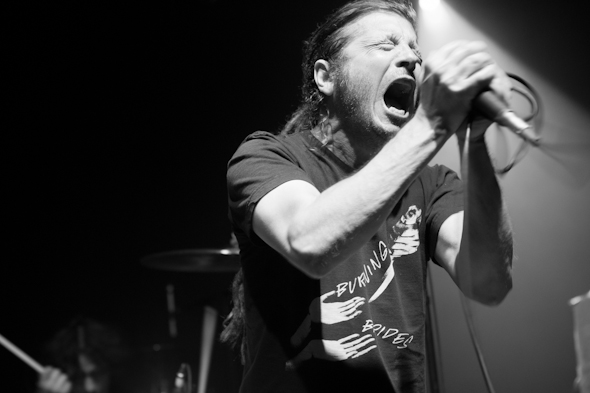 Live, the entire band remained cool and collected, allowing Morris to fully embrace the role of enraged frontman that he's just so damn good at. Despite having been involved in music for nearly 30 years, Morris' age is never apparent, the band sounding as fresh and invigorated as any young band must. Going through what seemed like nearly every track of their entire catalog (albeit only 32 songs) in a measly 45 minutes was an impressive feat to behold, even if much of the audience was staid for the set. OFF! sounded great, so I'll chalk the relative lack of enthusiasm up to the crowd saving their energy for Refused - a gesture that the headliners, thankfully, returned in spades.

Worms of the Senses/Faculties of the Skull
The Refused Party Program
Liberation Frequency
Rather Be Dead
Coup d'état
Summerholidays vs. Punkroutine
The Deadly Rhythm
Hook, Line, and Sinker
Circle Pit
Refused Are Fucking Dead
Last Minute Pointer
The Slayer
The Shape of Punk to Come