On the weekend of September 27, Toronto indie music label Paper Bag Records will celebrate its 10 year anniversary at the Great Hall with a three day music series. Founded in 2002, the local label has helped bands like Stars and Broken Social Scene release critically acclaimed records. And since 2009, Paper Bag has delighted music lovers with a string of critical success, including last year's Polaris Prize short-listed debut from Austra, Feel It Break.

Additionally, the mini-festival will mark the return of BC dance-punk band You Say Party (formerly You Say Party! We Say Die!). The group has been on hiatus since 2011, following a difficult 2010 which saw the untimely death of their drummer, Devon Clifford. According to the group's Tumblr account, the challenge of "reworking old songs and writing new ones in a completely new style has been exhilarating and transformative for us as a band."

Tickets for the event go on sale on July 19 (today) at Rotate This, Soundscapes, and the Paper Bag Records website. Single and three day tickets are $25 and $60, respectively. All proceeds from the event benefit Musicounts, a charity that tries to ensure that children throughout Canada have access to their school's music program. Below is a list of the musicians performing at the concert series and a link to their respective websites.

Get your tickets now! 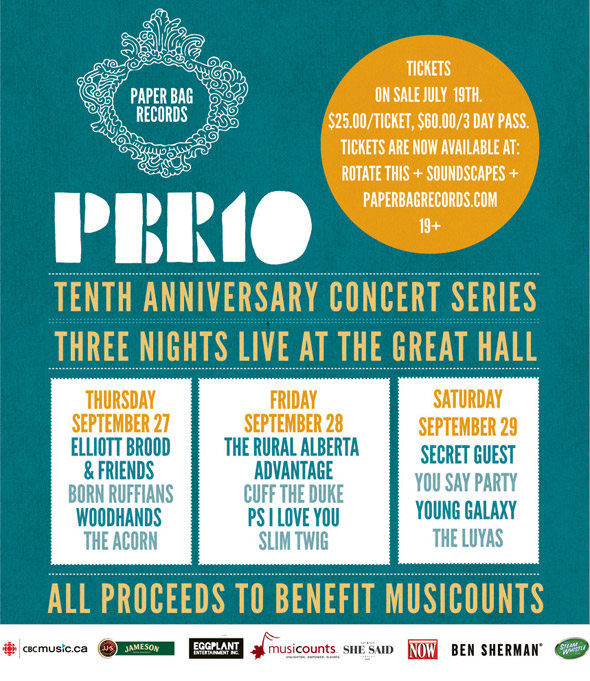