Thursday night at The Mod Club boasted the best lineup I've seen all year. Nova Scotians Cousins and Dusted opened for Calgary's Chad VanGaalen. All three bands held their own amidst a crowd of enthusiastic fans. 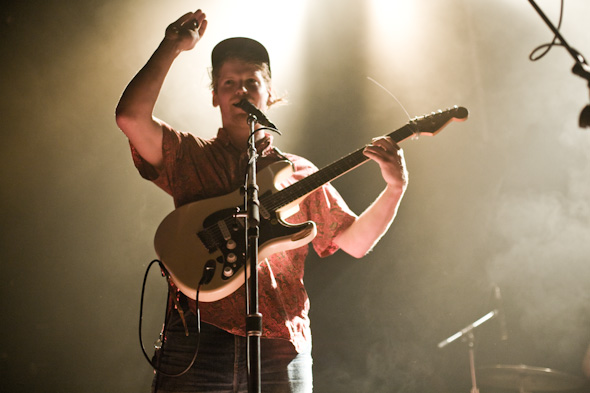 First up was Cousins, the work of Halifax native Aaron Mangle. With an ever-evolving lineup, he's joined on this tour by drummer Leigh Dotey, who also provides backing vocals and (sometimes) bass. They're genre-bending, experimental, and a little artsy, but fundamentally rooted in rock (not unlike Mr. VanGaalen). Mangle's vocals go from soft whispers to screams in a single song, and the timbre of his voice is often reminiscent of Neil Young or John Dwyer.

Their onstage chemistry is priceless. Full of smiles and quiet words with one another, this interaction makes a Cousins show feel intimate no matter the venue. Used to playing in small bars, backyards and living rooms, I wasn't sure how their sound would translate into a bigger space. The Mod Club turned out to complement their huge sound perfectly, and I was blown away by the result. I'm not sure a lot of the audience had heard them going into the show, but I'm sure Cousins came away from Toronto with a lot of new fans. Simply put: they're one of my favourite bands ever, and one to watch. 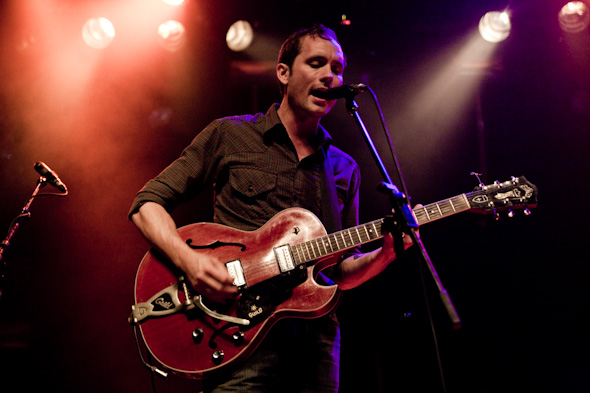 The talent that is Brian Borcherdt was up next with his latest endeavour, Dusted. Borchedt is the founder of Dependent Records and is perhaps best known for his work in Holy Fuck.

Dusted's brand of lo-fi moody rock makes for a stark contrast to Holy Fuck, and it's hard to believe they're the work of the same person. Atmospheric and haunting, these songs seem incredibly personal and I think are probably better suited for headphones. Despite this, they were tight, and a welcome addition to the lineup. 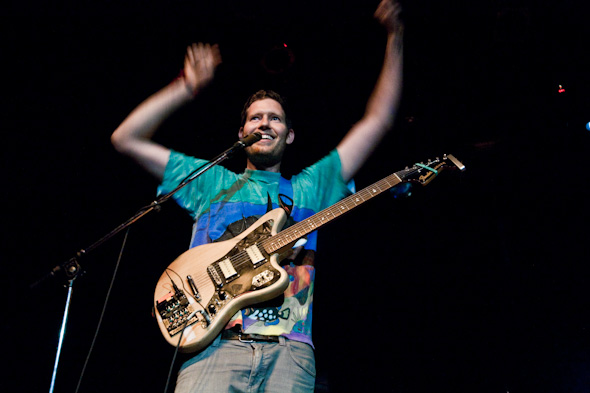 Chad VanGaalen is a creative force pushing out albums, video animation, artwork and recordings (his own material and artists such as Women). As a notorious homebody, his animated Mod Club performance was a genuine and welcome surprise. 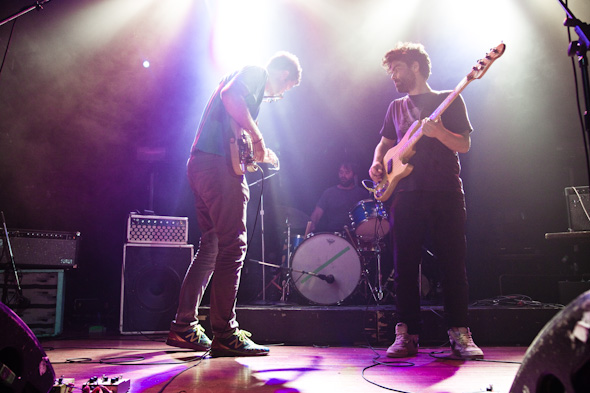 After "Cut My Hair/Shave My Pussy," he addressed the crowd exclaiming, "It's too early! This is our last date with Cousins...but no one wants to hear about this, our life is boring," all the while hinting at the riff from Beat It. 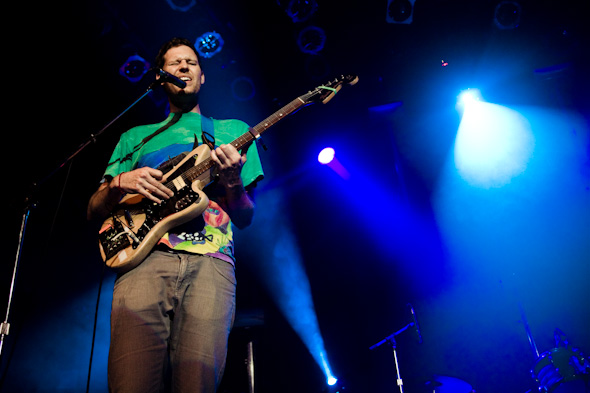 The full band joined in and surprisingly played the entire song. He kept up the momentum for the rest of the set playing more lively songs from 2007's Skelliconnection, 2009's Soft Airplane and 2011's Diaper Island â the former two of which were Polaris short-listed albums.

He ended the night with the folksy and falsetto Rabid Bits of Time. The refrain "No one knows where we go when we're dead or when we're dreaming" is just one line (of many) that has stuck with me post-show. All in all, it was a brilliant night showcasing some of Canada's finest talent.