MSTRKRFT sound even better through a haze of vodka

MSTRKRFT plus free bottle service from Absolut Vodka minus some dude puking on my girlfriend 30 seconds into entering the Hoxton last night equates to ... odd fun. And a pretty impressive day-after headache to start the long weekend to boot.

You know that feeling when you wake up from a particularly lucid dream? You're disoriented. You can taste a hint of vodka on your lips. Faint smell of pot in the air. And you're unsure of your surroundings. This was me last night. And it was fun! Well, maybe that's the free vodka speaking. 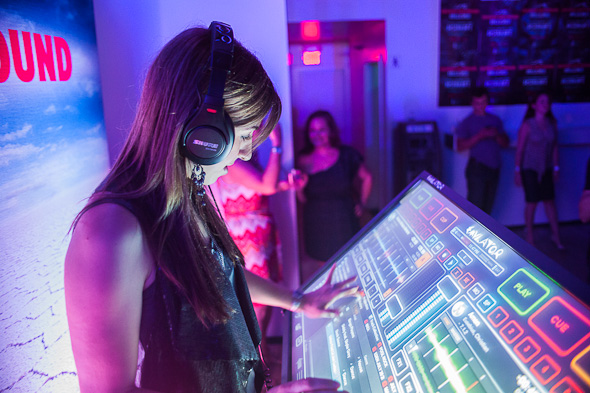 Let me set the scene. The Hoxton, which has been newly renovated, and sits at Bathurst and King St., was turned into a mini club district last night. Red carpet, big ass security guards with a velvet rope, lasers pinging off the faรงade, a step-and-repeat, which is conveniently located in the smoking pit for some reason, and a wicked line-up. As they are courting media, I get a handful of drink tickets, a USB key with Absolut stuff on it (haven't bothered to look), a VIP wristband and, oddly, dog tags. 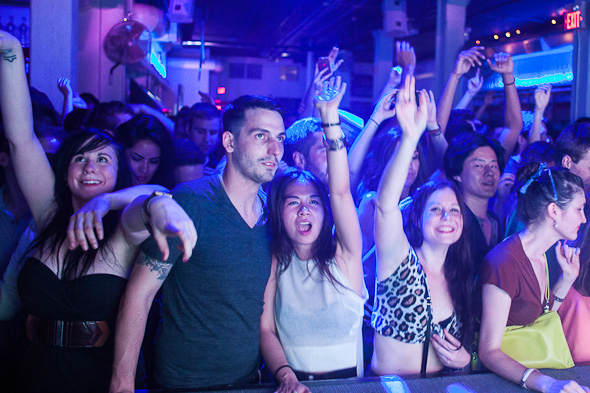 As you enter, there are a bunch of Lady-Gaga-meets-Black-Swan inspired dancers mingling around. Okay, cool. Then there is the incessant thump of dub step (oh, so much dub step), more lasers, a hyped up crowd and futuristic greyhounds with glowing eyes. The latter, I assume, is to keep to the "Greyhound Unleashed" party name, which has Absolut throwing these pop-up parties all around the city this summer. 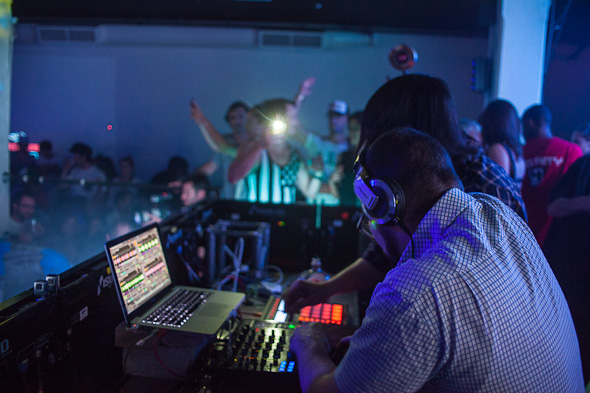 With DJ Wristpect and a hype man getting the juices flowing, the crowd was into it. Of course I'm a fish out of water here, but fist pumping abounds and the vodka is flowing, so I'm chalking that up to having a good time. There is also two of those aforementioned Black Swan-esque burlesque dancers on stage and they seem pretty into it too. 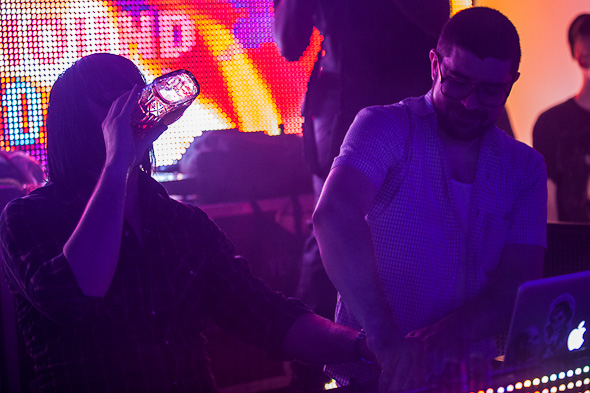 When MSTRKRFT comes on around 12:40, people lose their shit, as expected. A bunch of people rush the stage, which seems all nice and dandy until security loses their respective shit and starts tossing people off. The set is strong as Jesse Keeler and AI-P, the duo behind the glowing Mac computers, groove and rock out. Keeler, at one point is smoking in one hand and drinking straight out of a Crown Royal bottle with the other. I thought the party was sponsored by Absolut, but who am I to give a shit?

But you don't really want to be reading this. You're more into the pretty photos (rightfully so) and getting ready for the cottage. Speaking of which, I gotta jet. 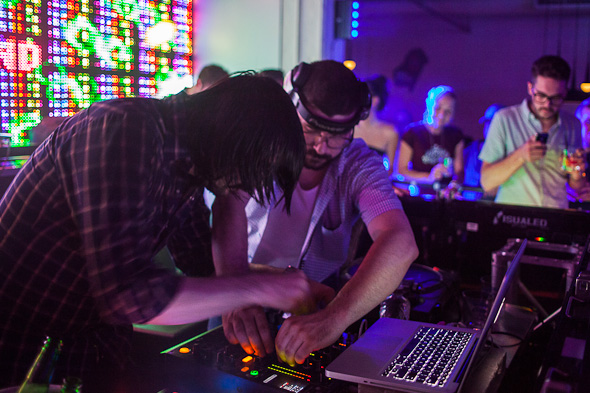