After being impressed by Austin, Texas band Electric Touch at the acoustic side stage at VFest a few years ago, I was eager to see them plugged in and on a bigger stage. The Opera House show on Monday night certainly satisfied that desire.

Electric Touch are on tour with Hot Chelle Rae (HCR) and other supporting act Action Item. Both those bands draw a large appeal from teenage girls. There were even a handful of chaperone moms present. 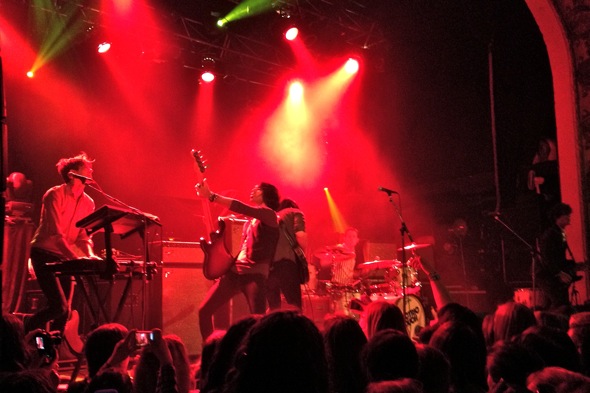 Touring with two boy bands may be an odd choice for Electric Touch. But when they opened the night with their infectious song Magnetic, throngs of young girls up front immediately caught the vibe and began dancing along in earnest.

Lead singer/guitarist Shane Lawlor wasted no time getting the young crowd on his side with a "Good evening Toronto! Welcome to our rock 'n' roll show!" in his Nottingham, England accent. In between songs, drummer Louis Messina, Jr. held up a band t-shirt and Lawlor taunted them with "We are the Electric Touch. Who wants this?" before tossing it into the screaming crowd, all hands in the air. 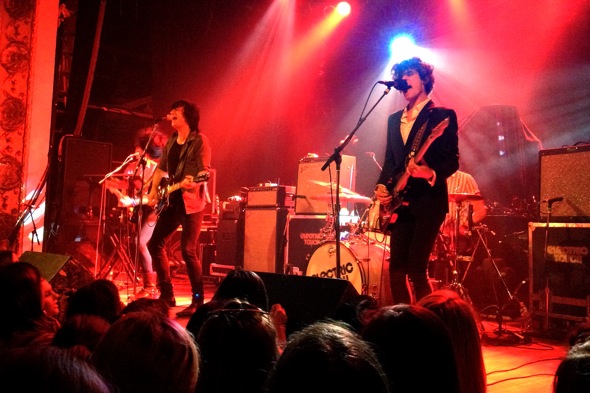 They proceeded to rock out, with a solid rhythm section led by bassist Portland Musser, with Isaac Strycker on the keys and Messina's twin brother Christopher Leigh on guitar providing a tight unit.

With appearances last year at SXSW, Coachella and the Vans Warped Tour, Electric Touch is expanding their audience with each show and are at ease playing stadium-sized venues or more intimate gigs like this one.

I caught up with Lawlor in between acts outside his touring bus, where he admitted that HCR isn't his band's target demographic. "Our target audience is usually 18-35-year-olds." Still, the "get 'em when they're young and they'll be fans for life" gambit may pay off in the long run. "Although we'd love to open for Coldplay on their next tour," he said. 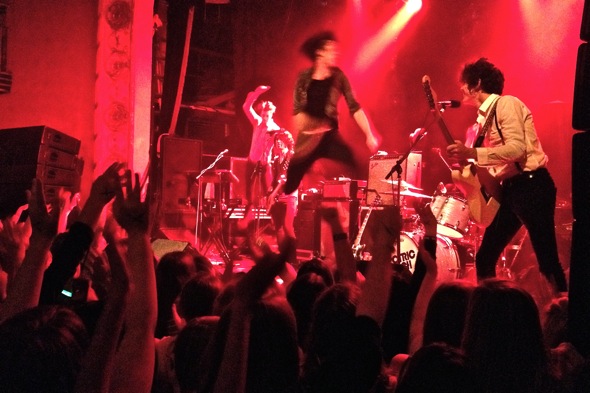 They closed their short but spirited set with Don't Stop, the first single from their album Never Look Back, as hordes of screaming teenage girls danced along. I hope they don't stop doing what they do for me. 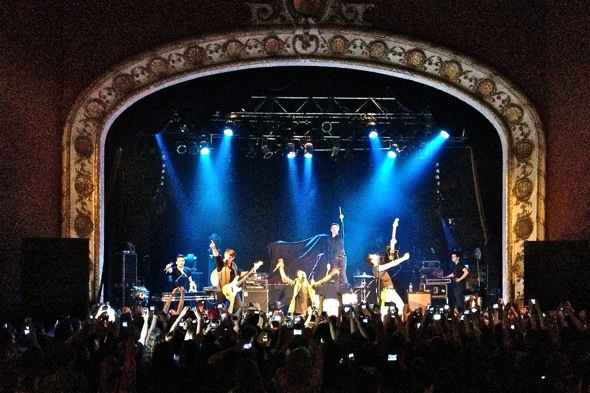 Next up was Action Item, a bunch of pretty boys from New Jersey with a handful of catchy, albeit rather cliche tunes. They opened their set with Somewhere Out There and it's easy to see why their look and songs appeal to teenage girls. Their last tune, a cover of The Wanted's I'm Glad You Came had a huge singalong. 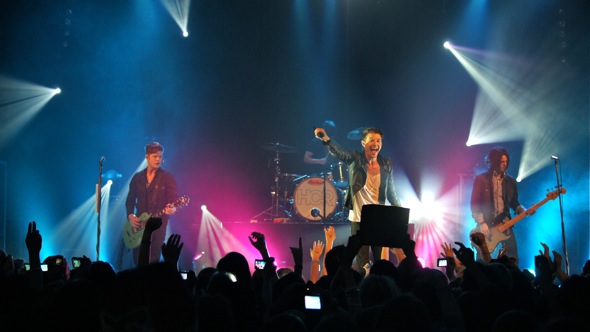 Nashville's Hot Chelle Rae wowed the crowd from the get-go, opening up with a one-two punch of Beautiful Freaks and Tonight Tonight. 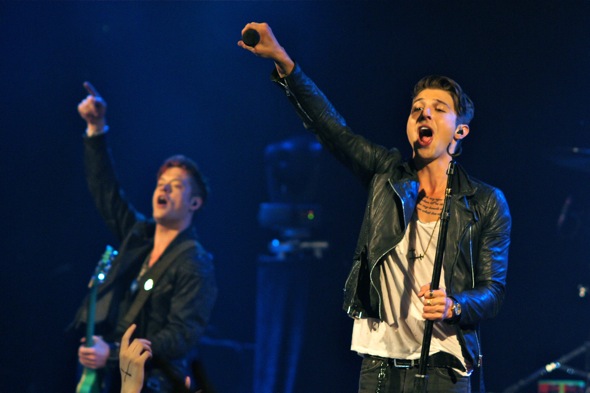 They've certainly got some sugary pop tunes, including I Like It Like That, which translated well in their live show. 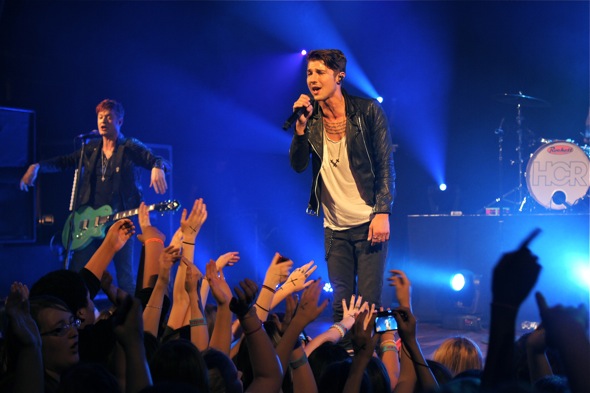 Lead singer Ryan FollesĂŠ was fun to watch prancing about the stage. It almost made me wish I was a teenage girl. 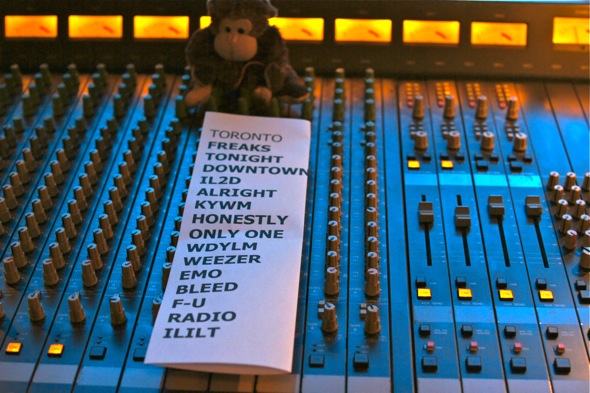