Whitehorse get intimate at the Winter Garden Theatre

On Friday night, Whitehorse, the collaborative project between Canadian couple Luke Doucet and Melissa McClelland, stopped in Toronto to play at the pastoral Winter Garden Theatre. The group is on tour in support of their self-titled debut album, Whitehorse. 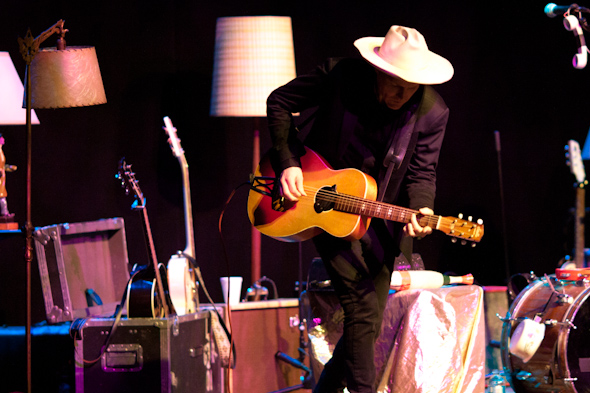 Whitehorse began their set with "Night Owls," a song in which the duo shared a solitary microphone at the front of the stage. The concert was filled with intimate moments like this. Despite the meagre means at their disposal, with the aid of loops, the group was able to carry even their most complex material without other performers. In fact, at one point Doucet was playing a scorching solo on his signature Gretsch White Falcon, keeping time with a bass drum, and signing into a telephone, all at the same time.

The group interspersed their set with a wide collection of covers, and while most of the songs that Doucet and McClelland reinterpreted should be familiar fare for fans of their respective work, that fact didn't make them any less entertaining. In particular, I enjoyed the group's take on the Dolly Parton classic, "Jolene." Here, the whole Doucet clan was present on stage as Luke's daughter, Chloe Doucet, joined her father and step-mother to sing lead vocals on the song. The family's take on "Jolene" did the song more than justice, as Chloe Doucet's narrator seemed both stronger and more vulnerable than the Queen of Country Music's ever did. 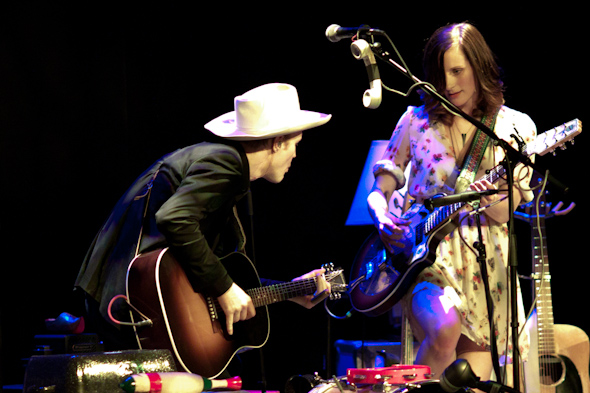 Between songs, the charming couple entertained the audience by offering tidbits about their material. Before "Broken One," for instance, Doucet explained how he had written the song for an ex-girlfriend. Halfway through his explanation, the singer's wife jumped in and said that she had taken liberties with the song and rewritten parts of it. Later, the two would go on to say that the song "Mitizi's" is indeed named after the local restaurant â it turns out that the family makes an effort to visit the restaurant any time they're in Toronto. The duo's performance of the song included them banging on a motley collection of pots and pans, which judging from the look of them, could have been pilfered straight from the Sorauren Avenue joint. 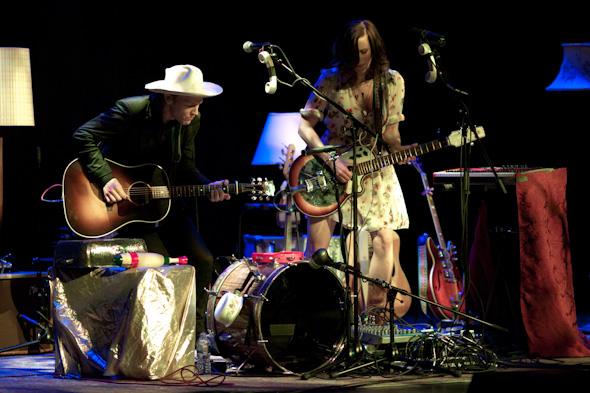 After finishing "Gun Street Girl," a Tom Waits cover, the group left the stage. Resounding applause brought the couple back for an additional two songs. Of these, the highlight was "When the Lights Went off in Hogtown," which had McClelland explaining how she wrote the song after the 2003 blackout. To honour the situation that made the song possible, the group asked that the house lights be turned off. In total darkness, the two wandered the aisles of the Winter Garden Theatre as they played unplugged. Parts of the song, like the witty line,"Now the smart girls just got pretty," drew heartfelt laughter from the audience.

When the Lights Went off in Hogtown
Mexico Texaco

Photos of Whitehorse by Bruce Emberley.