This Will Destroy You find loyal following at Lee's

This Will Destroy You hit Toronto a lot - they've been here at least four times in less than two years. The Texas foursome must be doing something right; Lee's Palace was packed for their Saturday show with Mountains and Amen Dunes.

When I last saw New York three-piece Amen Dunes, they were in a rush to get back on the road, which made for a disappointing show. This time, frontman Damon McMahon seemed more relaxed, and though this performance was less intimate than what would follow, the band's droning, distorted garage rock filled cavernous Lee's well. They closed with passionate, masculine vocal harmonies during "In Caroline," and I was glad I gave them a second chance.

As Mountains set up their gadgets, all microphones were removed from the stage â the rest of the night was to be strictly instrumental. Chicago's Brendon Anderegg and Koen Holtkamp set up over a long table, and the deep concentration with which they assembled their gear remained throughout their set. 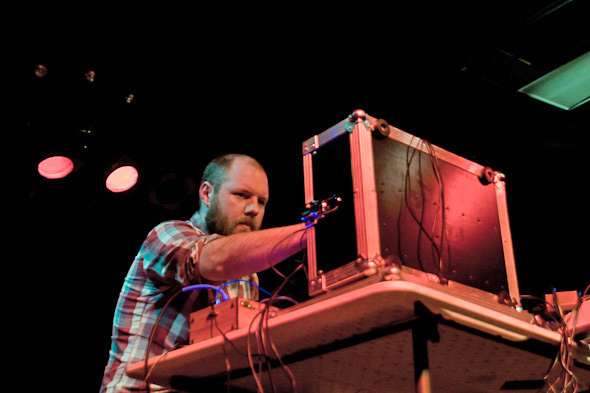 As Mountains' drone built, Holtkamp turned dials and connected wires within a suitcase, or picked up an electric guitar to add a few notes into the duo's complicated electronic systems of looping and distortion. Anderegg played a small synth and an acoustic-electric guitar with a board taped over the sound hole, covering everything but the pick up, which he picked up and put down often. Loud as the music became, it was an unusual style for a venue like Lee's, yet it seemed natural, and everyone around us was attentive.

This Will Destroy You are touring with a huge electric piano, which caught my eye right away &mdasj; it's a massive undertaking to tour with something so heavy. Sure enough, just to position it on stage took two members of the band. 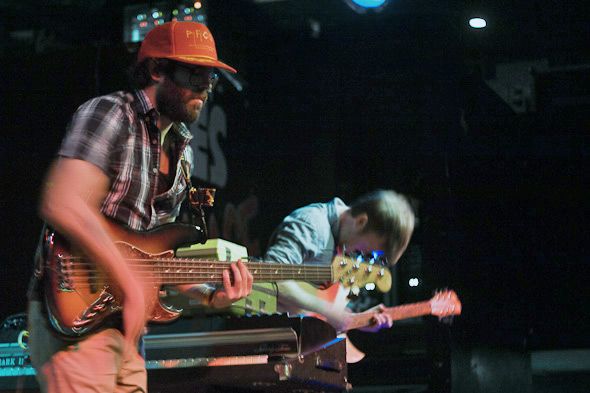 As the four Texans took their positions, the crowd geared up for what was to come. There was a sense that they knew what was in store. As the set progressed, I was impressed by how heavy This Will Destroy You could get, and by their straight-forward, in-unison approach to rocking out in general. I would have been into hearing more of the quiet moments found on TWDY's last record (2011's Tunnel Vision) though, and I wondered why they weren't taking chances before this adoring fan-base.

Gauging by Tunnel Vision, I had expected a set more aligned with the ambient nature of Mountains, but live TWDY stuck to a frank, easily digestible sound: simple guitar melodies which gave way to sudden bursts of aggression and distortion. The electric piano got some use, but its tones never got a chance to shine - maybe next time.

At least for now This Will Destroy You has good taste in openers, and listeners who'll keep coming back for more.