Neverending White Lights shone bright last night at The Drake Underground in an intimate show that featured some superbly talented singers, including Evan Konrad of Bed of Stars.

With today's pop hits marred by auto-tune drones, it's refreshing to hear some truly talented singers get some airplay. About three years ago I was wowed by a song, The Grace, that sounded like nothing else I'd heard in a while with its well-orchestrated arrangement and soaring melody. 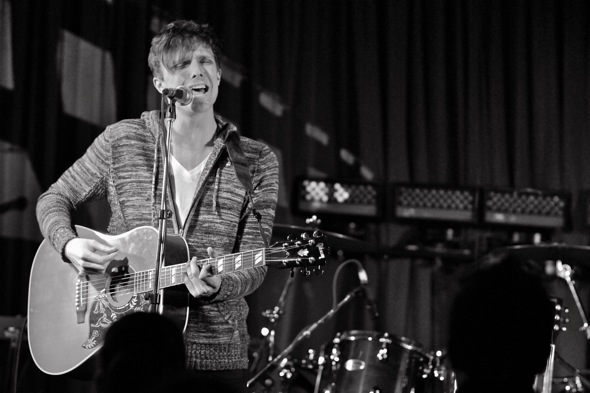 Last night's show had a handful of help, starting with Pat Robitaille, from Windsor, Ont. â the same hometown as NWL. 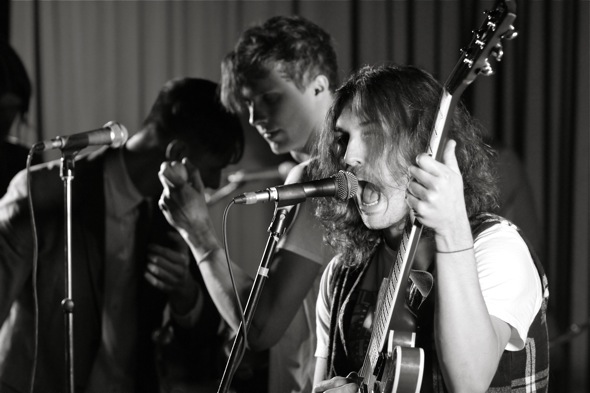 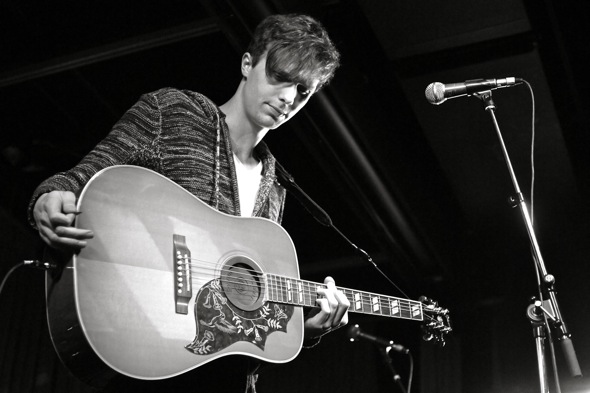 The talent was cranked up a notch from there with Bed of Stars' Evan Konrad, performing stripped-down versions of songs from an upcoming full-length debut album. "It gets expensive to fly out my entire band for a gig here," the 21-year-old singer admitted. But the songs translated well with just vocals and guitar. And boy, can this guy sing! Think Radiohead's Thom Yorke falsetto. 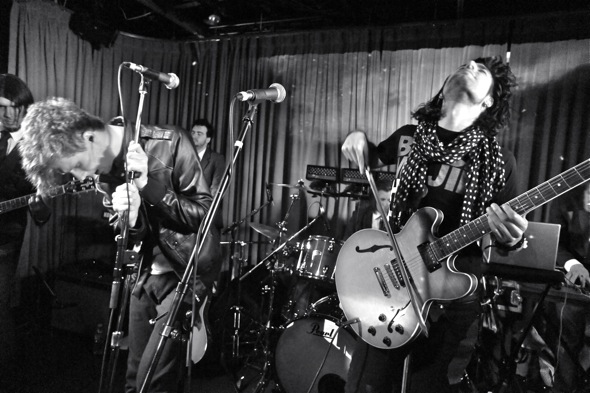 Konrad's self-effacing presence was kind of charming in its own way, as he admitted to not having rehearsed his own songs as much as the ones with NWL, which were to come later on in the show. "If you come back tomorrow I promise to be more prepared," he said. "I'll go up to my room and practice."

Konrad sings and plays on three of the 11 songs on Act III: Love Will Ruin, Pt. 1 â NWL's third album, for which this show (and tonight's second show) is celebrating its CD release. 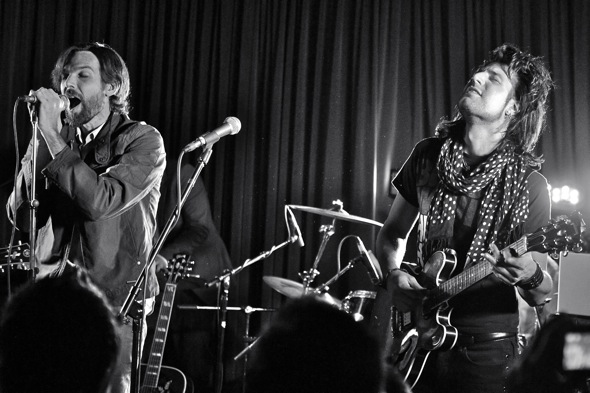 Once NWL took to the stage, the crowd perked up, clapping along to Falling Apart, their first big, radio-friendly single. A few songs in, Todd Clark of Pilot Speed took to the stage to sing Starlight, which he also guest sings on the new NWL album. 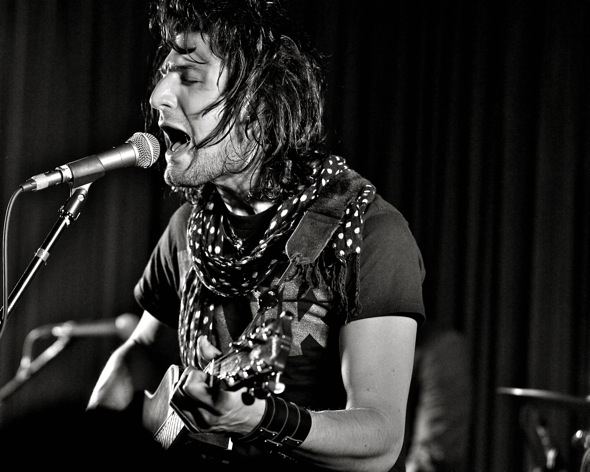 There was a commotion on stage in between songs, while they tried to figure out what do to after the drummer broke his snare drum.

"Anyone got a snare drum we can borrow?" asked NWL singer Daniel Victor. "Our backup just broke. Victor proved an affable frontman, corralling his many collaborators throughout the night while still maintaining enough of a vocal and visual presence himself, often rocking out with his guitar. 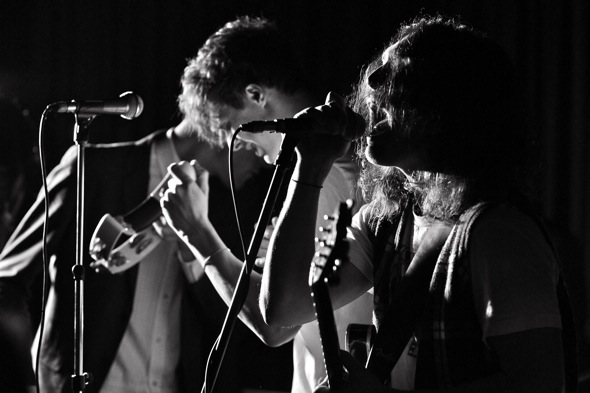 Robitaille got back up on stage for a rousing cover of Radiohead's Lotus Flower, as the band got settled again. "Always bring three snares," he joked. "We're the poor man's Arcade Fire...No snare and no room on stage." 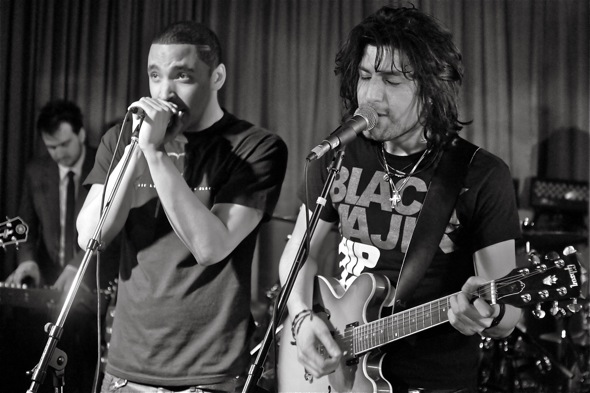 The crowd fell silent. "You're a pretty quiet crowd," Victor said. "Attentive! You're an attentive crowd," he corrected himself. Typical Toronto audience. But the audience picked up when NWL was joined by rapper J-Diggs for a tune. 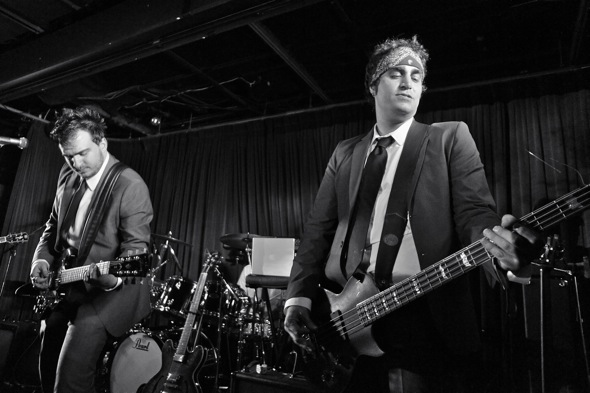 The entire night's captivating performance was one of the best I've ever seen at The Drake, packed with awesome songs, led by a few exceptionally talented vocalists. 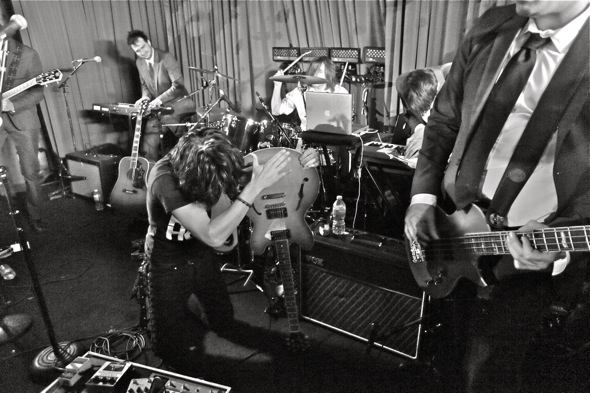 Remaining tickets for tonight's concert at The Drake Underground (1150 Queen St. W.) are $15 at the door. See them in an intimate setting like this while you still can.