Iron and Wine keep it refined at the Sound Academy

There's a recent and, dare I say, disturbing trend afflicting this generation's crop of bedroom mystics. Lusciously bearded purveyors of soft-spoken indie pop are showing up at this city's less-than-intimate venues and playing extravagantly ambitious music. First, it was Justin Vernon, he of Bon Iver fame, and on Saturday night, it was Iron and Wine's turn to play at everyone's favourite warehouse-turned-concert-venue, the Sound Academy. 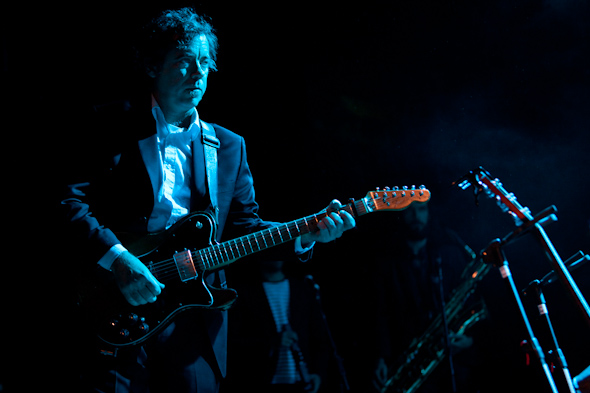 After an over long introduction, Sam Beam and the rest of Iron and Wine launched into "Rabbit Will Run." Like many of its counterparts from Kiss Each Other Clean, the song didn't stray too far from its studio roots. And despite the complexity of Beam's new material â much of which is quite dense â the Sound Academy's speakers did an adequate job of relaying the music. Wisely, however, the singer's ethereal voice was at front and centre of the mix.

The concert became more interesting when Beam and company decided to play some of the group's older material. Obviously Beam did not have nine other musicians to help him on a record like Our Endless Number Days. 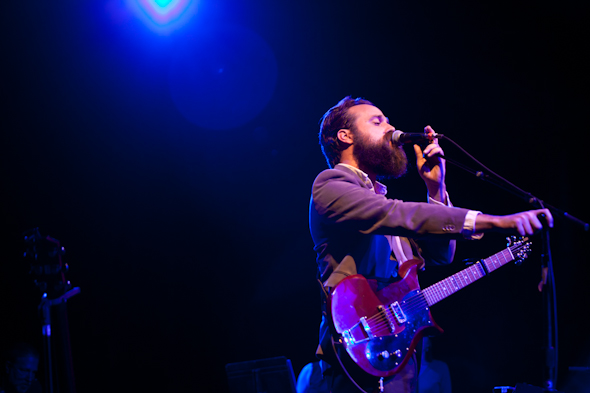 "Freedom Hangs Like Heaven," one of three surprising inclusions from the superb Woman King EP, was one of the many older songs that Beam reworked to take advantage of his new numbers. The song's refrain of "Freedom hangs like heaven over everyone / Ain't nobody knows what the new born holds" saw a reworked vocal delivery in which Beam went from booming loud to whisper quiet in the span of one line. Later, a song like "Wolves (Song of the Shepard's Dog) had its bridge section greatly expanded to include a solo by the band's flutist, which, I must say, was quite beautiful. 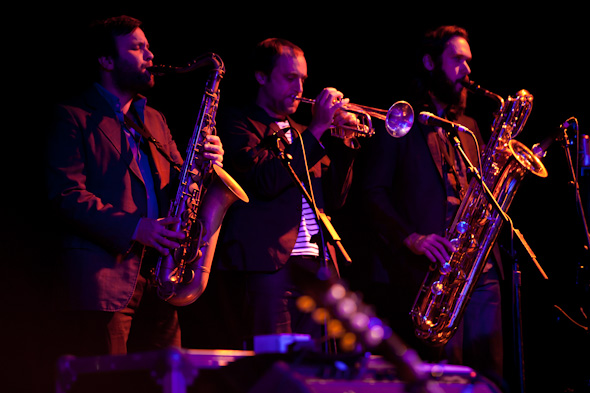 Initially I thought some of the songs excessive in their new form. In retrospect, however, listening to the studio versions this morning, I think it's fair to say that both Beam and the band practiced extreme restraint in reworking each song. For instance, contrasting the vocal delivery that Beam employs in the studio and live version of "Freedom Hangs Like Heaven," it's clear that on Saturday night Beam merely capitalized on something that was already hinted at in the original version of the song. In fact, over the course of the night the band merely took the older material to its logical conclusion. 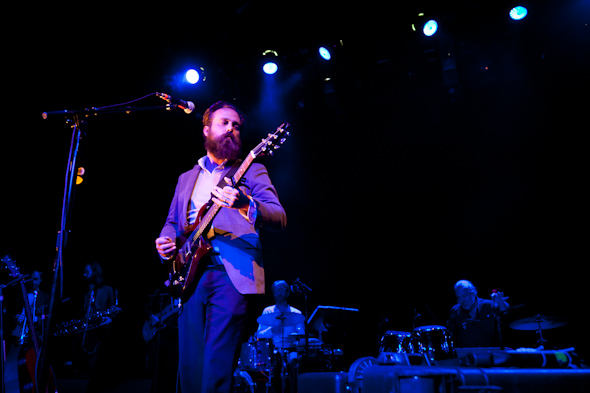 The soft-spoken Beam was, well, soft-spoken, with much of his stage banter being restricted to thanking the audience for coming to see his band play. Towards the end of his set, he inadvertently made both himself and the audience laugh when he said, "Have a safe trip home... and a great Sunday..." After a brief interlude between the end of his main set and the beginning of his one song encore, Beam returned to the stage with a pared down version of his band with whom he played Our Endless Numbered Days' standout track, "Naked As We Came." Something of the relative simplicity with which this song was delivered was a perfect encapsulation of where Beam started as a musician, where he has come, and where he has yet to go.

Rabbit Will Run
God Made the Automobile
Freedom Hangs Like Heaven
Flightless Bird, American Mouth
Half Moon
Woman King
Glad Man Singing
Black Candle
White Tooth Man
Wolves (Song of the Shephard's Dog)
Walking Far From Home
Boy with a Coin
My Lady's House
On Your Wings
Lion's Mane
Free Until They Cut Me Down
Tree by the River

Naked as We Came 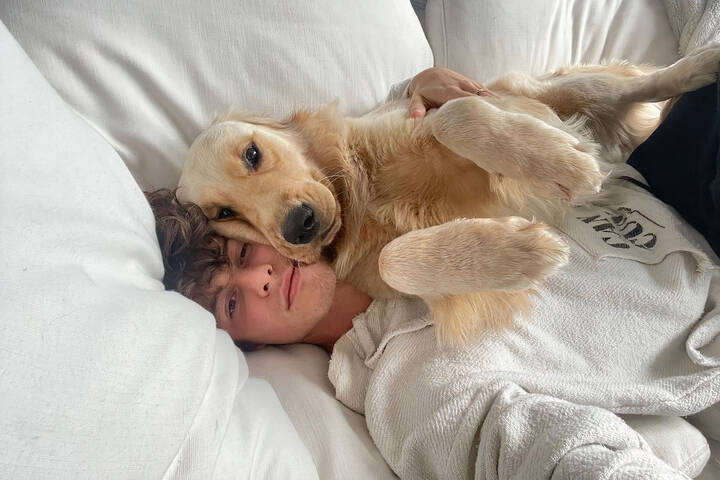