When Julie Doiron performed in-store at Sonic Boom in Kensington Market on Saturday afternoon, you would have been hard-pressed to find anyone who wasn't digging her laid back vocal stylings and banter with the crowd.

Dozens of people squeezed into the music store to hear the affable Doiron play her unique brand of music. As the first in-store performer at the store's new Kensington Market location, she made an impression on the crowd with not only her music, but with her charming and motherly personality. 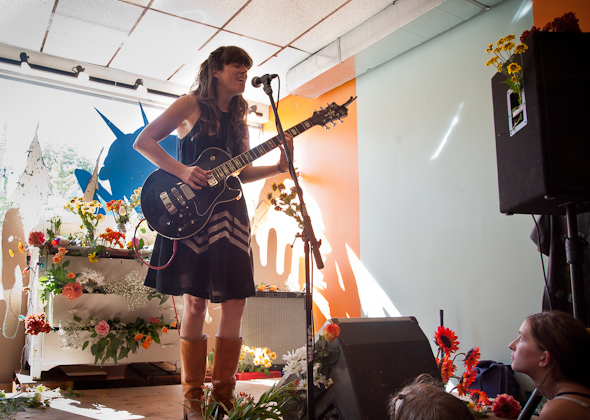 Her setlist offered selections that spanned the last few albums from her eclectic career. "Borrowed Minivans, from 2009's I Can Wonder What You Did With Your Day, was a great acoustic version of one of her more rocking tunes. 2007's Woke Myself Up was heavily represented, with excellent renditions of the album's title track, "Me and My Friends," and "I Left Town" making appearances. Doiron also took several requests from the crowd, which illustrated the intimate nature of the show. 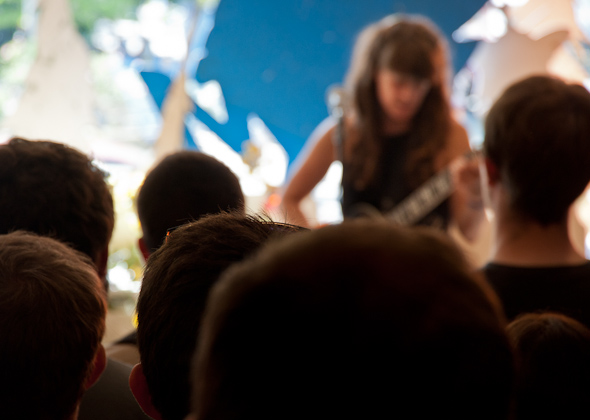 Aside from the music itself, the highlight of the show was Doiron's interaction with the audience. Whenever she had to stop in-between songs to tune her guitar, Doiron would apologize profusely, and was overjoyed when an audience member offered her the use of the tuner app on his iPhone. The crowd ate this interaction up, and it was a testament to Doiron's unmistakable stage presence and her obvious love of music and her fans. After her set, Doiron stuck around to chat with her fans and to autograph the limited edition silk-screens that were given to anyone who made a donation to the Ft. York Food Bank. 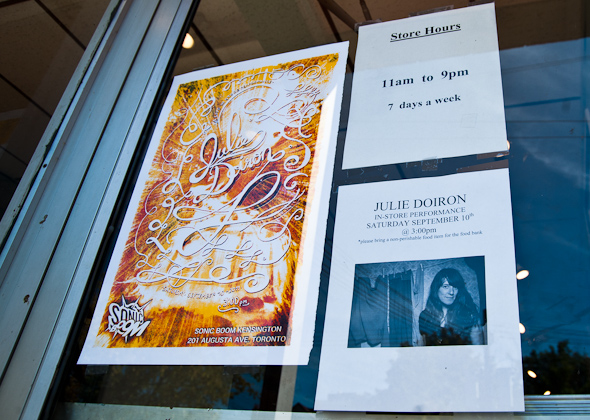