Girls give meaning back to the encore at the Mod Club

San Francisco's Girls came to play the Mod Club on Tuesday night. Support was provided by Papa and Nobunny.

This was my first time seeing Girls perform, and having only the band's recorded material as a reference point, one of the things that immediately jumped out at Tuesday's concert was the dramatic improvement in frontman Christopher Owens' voice, which is obvious when listening to the difference between his band's debut album and their newest album Father, Son, Holy Ghost. But it was made even more apparent when the band revisited old material. In fact, one of the highlights of the band's performance was listening to Girls play their old material. Songs like "Lust for Life," "Laura" and "God Damned" were given new life when Owens revisited them on Tuesday night.

Throughout most of their main set Girls played material from their latest album. The audience didn't seem to mind though, with "Honey Bunny" in particular eliciting a passionate response. The song's lyrics "They don't like my boney body / They don't like my dirty hair" was taken up as a sing along and was afterwards given a thunderous applause. 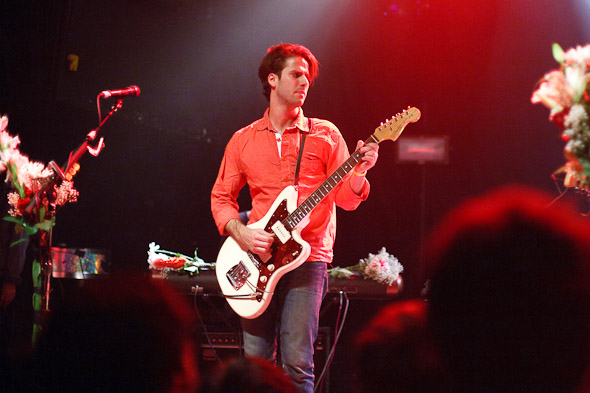 Prior to Girls' encore, the concert was good but perhaps not great. That quickly changed when the band came back on stage to play. What happened then? Well, in the truest sense of the word an encore happened. Let me elaborate: like most bands, Girls probably had a general idea of what they wanted to play for their encore when they came to the Mod Club. As they progressed through it, however, the band, seemingly totally overwhelmed by the audience's applause, simply continued to play, and what had started as something predetermined became spontaneous and wonderful. And long! 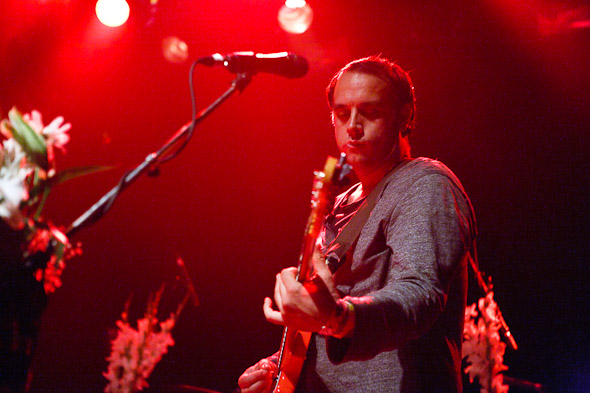 Three songs into their encore, it was obvious that the band had planned to finish the show with the song "Broken Dreams Club," but the audience wasn't having any of that. Appreciative of the love they received from the audience, Bassist Chet White mentioned, "We weren't planning on playing this. This is our last song," before the band launched into "Substance." After "Substance," the crowd's response was just as overwhelming as it had been before and so Girls played yet another song. By this point, Owens admitted that the band was running out songs to play, "We don't know many songs. In fact, it's a miracle we're even here." After "Forgiveness," the audience still didn't want the show to end, but the fact remained that the current incarnation of Girls had practically extinguished the catalogue of songs they collectively knew. To his great credit, Owens quickly conferred with the band and went over the chord progression to "God Damned." With it, the band finally finished their set.

In leaving, the band members gave one last parting gift to a "lucky" few audience members. They threw the bouquets of flowers that had adorned their microphone stands and amps. With that, the night ended on somewhat of a hilarious note as I watched both girls and boys ride away on their bikes, bouquets of flowers in tow â a temporary token of the night they just experienced.