Well, it's certainly been a long, strange journey through NXNE 2011, but — for better or worse — Saturday marked the last major night of shows during the festival. After several jam-packed days of music I decided in favour of a slightly less busy schedule and went to check out the Flemish Eye showcase at the Great Hall. The showcase featured performances by some of Flemish Eye's biggest artists, including: Jennifer Castle, Braids and Chad VanGaalen. 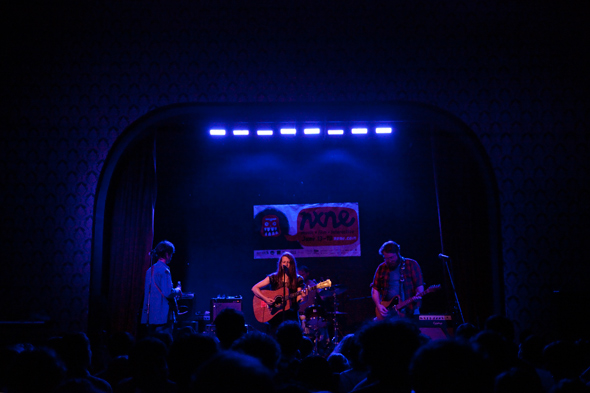 Part of my reasoning for attending the Flemish Eye showcase was because I had just missed the chance to see Jennifer Castle perform earlier in the week at Wrongbar. I decided I thus needed to make up for that mistake by catching her set at the Great Hall. In turn, she turned out to be everything I was promised and more.

Seeing Castle on stage, it quickly becomes apparent that there is stark contrast between the person on stage and off stage. The person on the stage is serious, almost consumed by her music. Throughout her set she has her eyes closed, as if she is reliving the moments from which her songs draw inspiration from. And it's fascinating to watch as she bares her soul for the audience. 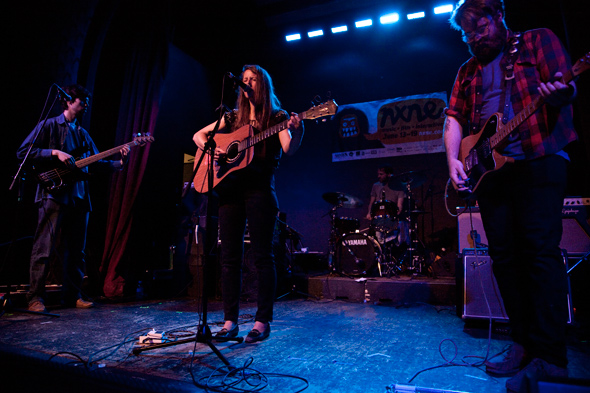 And then she begins to sing. It's a voice you've heard before, but haven't yet had a chance to attach a name to it; Castle lent her voice to the Constantines' Kensignton Heights and, more recently, to Fucked Up's David Comes To Life — she sings the part of Vivian on the album. Despite her young age, Castle's voice has that old-soul feel to it. It's a soft, brittle voice, but soothing as well. And then the lyrics begin to register: "I hope I'll never be as poor as him, cause everyone knows how poor a man can sin. There is a very poor man who loves me."

After thirty minutes her set is over. It's as if — for the time being at least — she has said all she has to say about life, love and death. 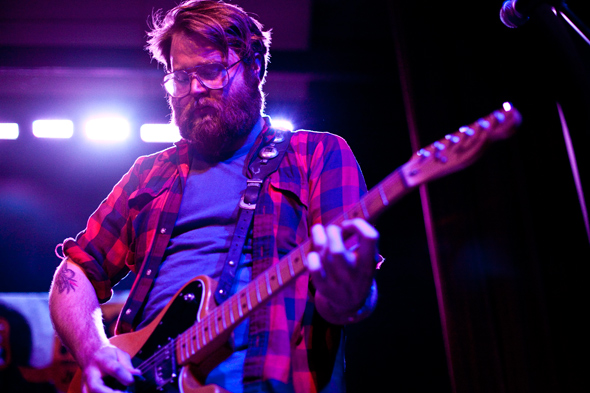 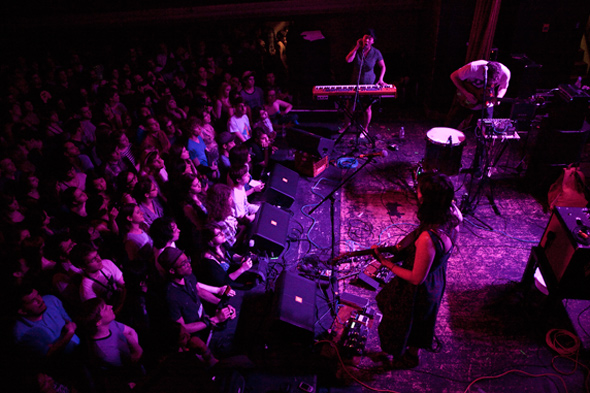 It's been an eventful year for Montreal via Calgary Braids. This past Thursday it was announced that their debut album, Native Speaker, had been long listed for the Polaris Music Prize. The band has also toured extensively across North America; they've visited Toronto alone on at least four different occasions. So when the Great Hall filled to capacity to see them perform, it felt nothing more than the accumulation of several years of hard work. 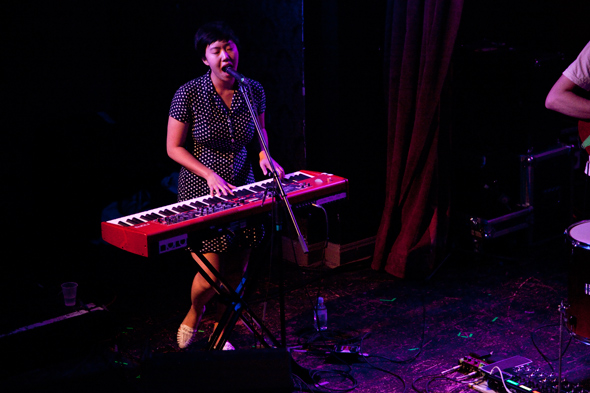 At the start of their set, lead-singer Raphaelle Standell-Preston warned the audience that she had received food poisoning from a barbecue earlier in the day and that she might be forced to use a basin she had brought with her on stage to vomit -- thankfully, the set ended with no incidents of projectile vomit being expelled on nearby audience members. After the warning had been issued, the band launched into Native Speaker opener and standout track "Lemonade." Afterwards, they worked their way into "Plath Heart" and "Glass Deers."

Each song Braids played was delivered with the band's usual high energy and precision. And after the band finish their last song they were sent with an uproar of applause — hopefully a portent of things to come.

Not being a particular fan of Chad VanGaalen, I was off to the Garrison to try and catch the reason as to why Dan Boeckner had decided to call an indefinite hiatus on Wolf Parade. Unfortunately, it appears that my idea wasn't very original and half the city was lined up outside the at-capacity Garrison to find out the same thing. Oh, well. Still, even despite this year's version of NXNE not ending exactly how I wanted, it was a great festival.