For this week's In the Window, I head over to Queen West's Neurotica. Described by the owner, Scott, as "the anti-Chapters," this is a great place for hidden gems and general record bin searching.

With vinyl, CD's and DVD's covering every surface of the store, you could spend hours poking away at the stock. This Queen West location has been around for almost 15 years, and is the third and longest standing iteration of the store. Scott tells me that he prefers to stick to the older vintage stuff because he believes there's a price war with new releases in the area. 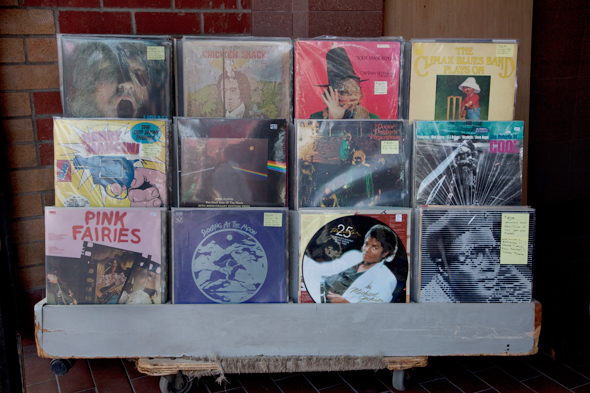 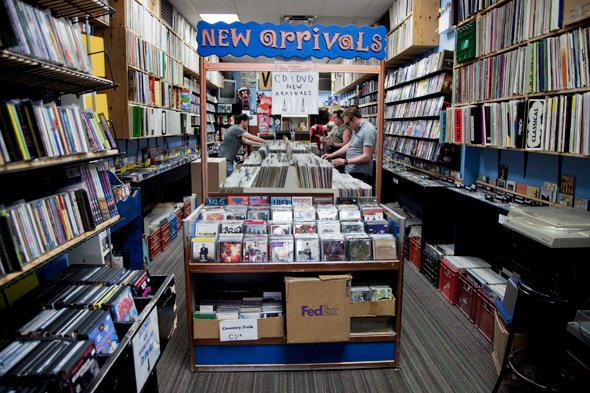 Captain Beefheart - Trout Mask Replica
"On the Pink Straight Label this record is an original first edition pressing. An Avant Garde rock master piece. He recorded most of it outside but first, without the labels permission, sent a tree surgeon to make sure the trees wouldn't be hurt - he then billed Warner Bros for the surgeon. Produced by Frank Zappa, this is definitely an interesting album."

Teenage Head - Frantic City
"A sealed original of a classic Toronto band. Their first album is better, but it's a cool piece of Toronto punk history. There's a lot of bands trying to do this kind of thing today, but this is the best."

Not only is Neurotica a great music store but Scott also has a recording studio in the basement! Check out their website for more information: http://www.neurotica.ca/.