The Black Angels and Suuns shine at Lee's Palace

The Black Angels and Suuns rode into town on Thursday night to treat a packed Lee's Palace to a double dose of quality psychedelic rock.

First up were the Montreal four-piece, back in town to justify the gathering hype storm around them. Suuns wasted no time getting down to the business of blowing minds. During the band's second song "Gaze," scowling vocalist Ben Shemie was already shredding the guitar with a climactic intensity. While the band's curiously detached vocals and a penchant for minimalism brought to mind Thom Yorke's enigmatic millennial adventures, unlike Kid A-era Radiohead, a rock and roll energy remained constant. 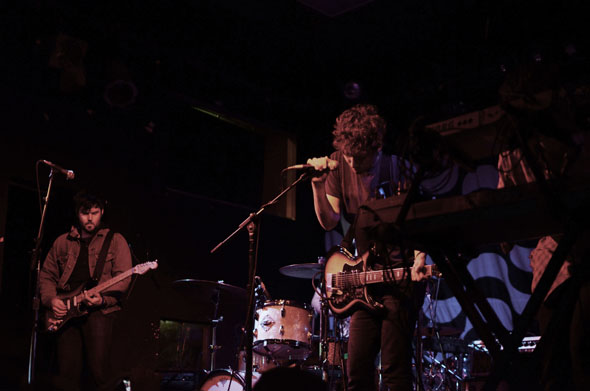 As if caught in a near-future dystopia, some listeners may have been left searching for the human remains of Suuns android-rock noise. Most, however, sat back and enjoyed a thrillingly unpredictable band overflowing with possibilities. By the end of closing tune "Sweet Nothing," they had staked a decent claim to be Canada's most exciting new rock band.

"Good Vibrations" met "Bad Vibrations" as Austin's The Black Angels took the stage to the Beach Boys classic. Launching into a Velvets-inspired groove that stretched out as endlessly as the Texas landscape that birthed them, their trippy jams and expert musicianship received a rapturous reception from partisan fans. To those not tuned in to The Black Angels rarefied wavelength however, an unwavering adherence to psych-rock orthodoxy could challenge some attention spans. 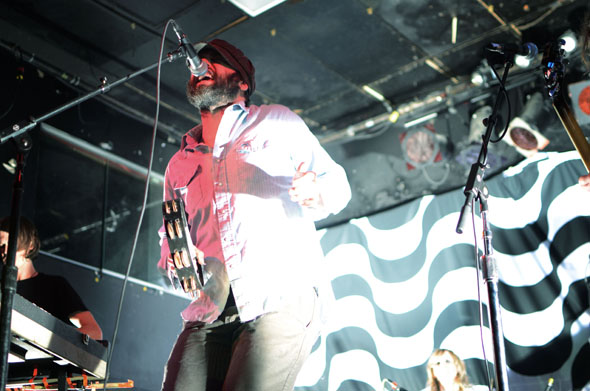 A superb light show transported the crowd to the decadence of London's seminal UFO club or Warhol's Factory, as the band continued to plow their singular furrow. Subtly inventive guitar lines were only intensified when singer Alex Maas picked up a bass at towards the end of the set.

Upbeat closer "Telephone" brought a welcome change in tempo, leaving the crowd begging for an encore. The Black Angels obliged, and legions of malnourished acid-rock fans left the venue with enough psychedelic vitamins to tide them over until next time. 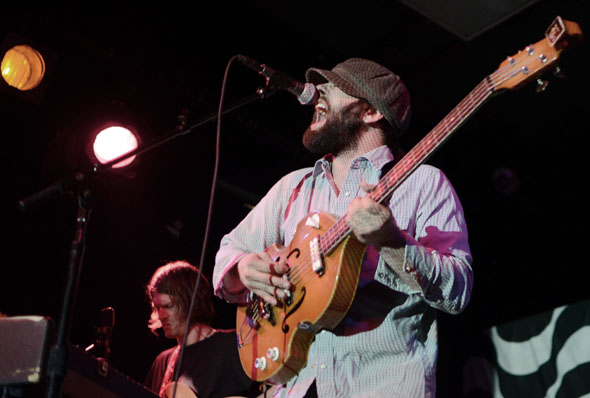