The Barr Brothers win over the Dakota, Kevin Drew

Packing The Dakota Tavern at well past two in the morning on a Thursday night is no easy feat, but The Barr Brothers, a relatively new band from Montreal, managed to do just that. Comprised of brothers Brad and Andrew Barr (on guitar and drums respectively), Sarah Page on harp and Andres Vial on pump organ and bass, this unique folk quartet set aside their quieter sounds for a more rocking, Dakota-friendly set. 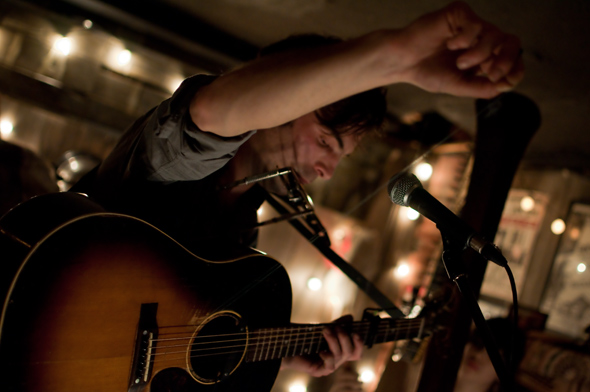 There is no denying that The Barr Brothers are an ambitious bunch. That much was obvious from the mere sight of watching Sarah push her massive harp on stage with the help of a mini trolley. That, and the fact that their set started with Brad looping sounds from a taper recorder through his guitar pickups, all the while delicately pulling super-fine thread through his guitar strings to create one of the most whimsical sounds you could ever imagine. 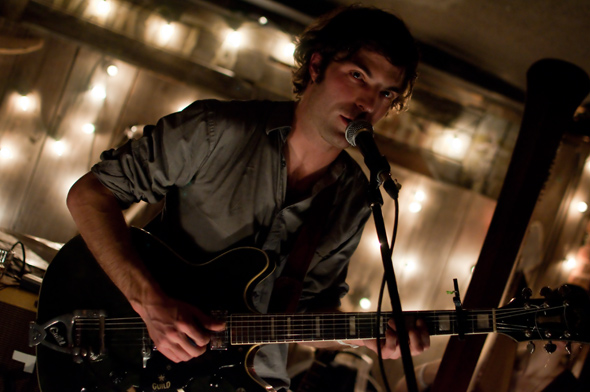 These ambient noises segued into "Beggar in the Morning", the hauntingly beautiful lead track off of their self-released, self-produced and self-titled new record. Next came the Gothic blues of "Give The Devil Back His Heart", which was followed by the upbeat "Kisses from Chelsea", an unreleased gem penned by the band just recently. 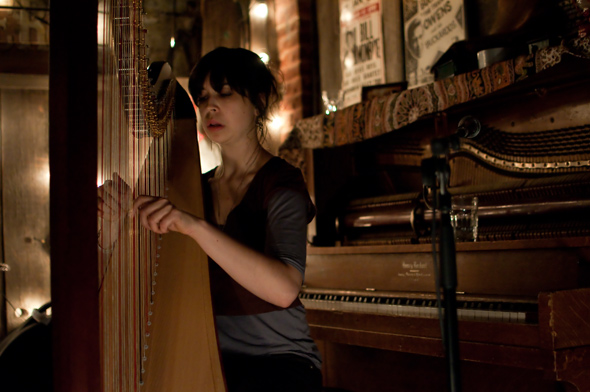 Taking a moment to re-tune his guitar, Brad introduced "Lord, I Just Can't Keep From Cryin", as a tune he heard by Blind Willie Johnson when he was just a kid, citing its discovery as "a glimpse into the future". The Barr Brothers' take on this blues classic was played with more power and soul than you could ever imagine from an avant-garde folk group and seemed to surprise and delight many in the crowd. 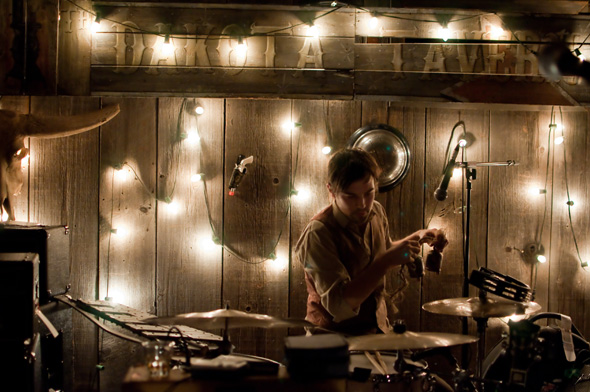 The group ended their set with "Cloud", a delicate lullaby dedicated to the late Lhasa de Sala, a well known musician in the Montreal music scene, but calls for an encore prompted a playful new song, tentatively titled "If You Leave Me". Brad and Sarah had some wonderful call-and-response interplay on this one, a classic blues technique that I can honestly say I've never seen between a guitar player and a harpist. 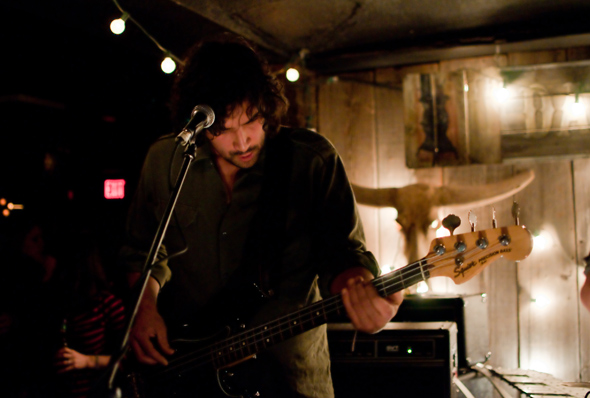 After the band left the stage to heavy applause, I was quick to notice Broken Social Scene's Kevin Drew waiting to congratulate them on their excellent performance. While the Toronto fans showed the band much love, an endorsement from one of indie rock's finest and most recognizable bandleaders probably helped The Barr Brothers feel extra satisfied with their show.