Live music near Bellwoods enjoyed by all

Coming into Canadian Music Week, one of the concerts I was the most excited for was the "Live Near Bellwoods" series being hosted at the Toronto Institute for the Enjoyment of Music. The Thursday edition of the series featured some excellent bands and artists including The Elwins, Hands and Teeth, Behind Sapphire, Wool on Wolves, Paper Lions, Allie Hughes and Rich Aucoin. All the bands were excellent, but for the purposes of this post I've decided to focus on just three bands: Behind Sapphire, Allie Hughes, and Rich Aucoin. 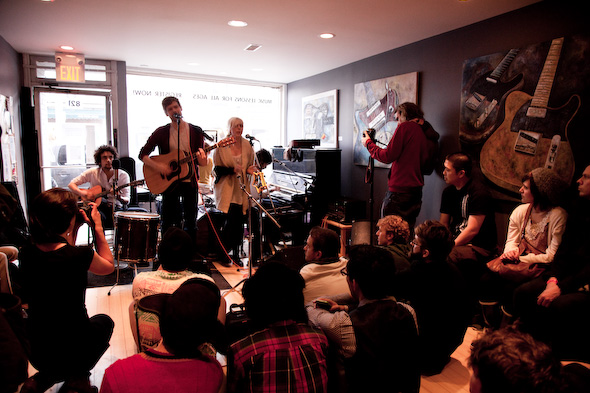 When my CMW preview went up earlier in the week, more than one commentor chimed in on what a great band Behind Sapphire are -- and part of the reason I decided to go to the Thursday session was to see the band for myself. I'm glad I went, because the band lived up to its advance billing.

Listening to a recording of Grant Cassell, the band's lead vocalist, doesn't really prepare one for hearing him sing in a live setting. He has this wonderful Jazz voice that one doesn't hear very often in Indie music and, when his bandmates harmonize with him, the effect is completely mesmerizing. The band is also really fun to watch, which is why I suggest if you have an opportunity to see them anytime in the near future to do so. 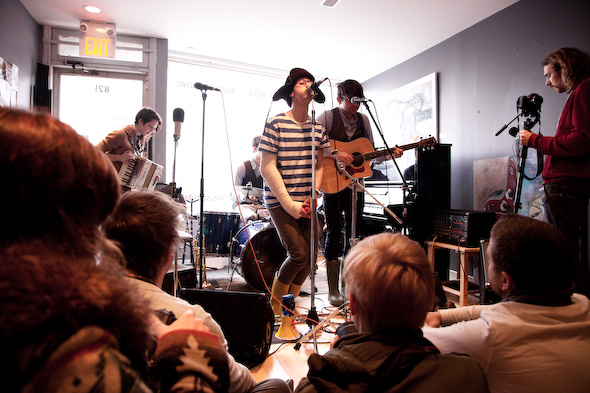 The first time I saw Allie Hughes perform, she was providing backup vocals for Steven McKay and, even in that somewhat limited role, it was obvious that she had a wealth talent to draw upon. After Thursday's show, however, I realized I had underestimated her talents when I didn't include acting as one of them.

To illustrate, in one of her songs "O Chad," Allie sings "I'm looking through your garbage. And hiding in your bushes." This line, and all her other ones, are delivered with a straight-face and utter conviction. I couldn't help but laugh and smile at her songs. Ultimately, it was refreshing to see someone who, despite her talent, knows not to take herself too seriously. 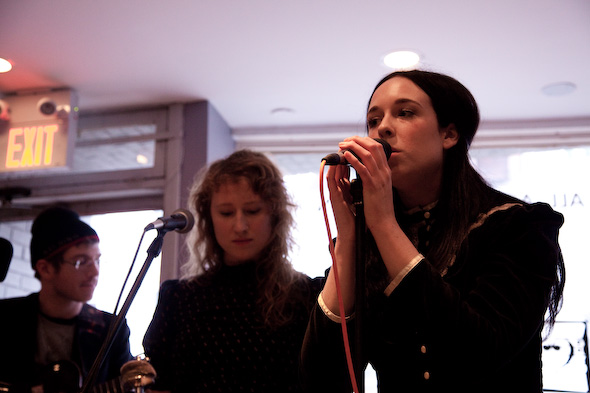 My favourite performance of the day came from Rich Aucoin. At first glance, it might be tempting to dismiss Rich's music as gimmicky. After all, here was someone asking the audience to sing "We are not dead yet. We are undead." However, beneath all neon-coloured tape adorning his instruments and the videos that accompany his music is an artist who is, first and foremost, a talented musician. 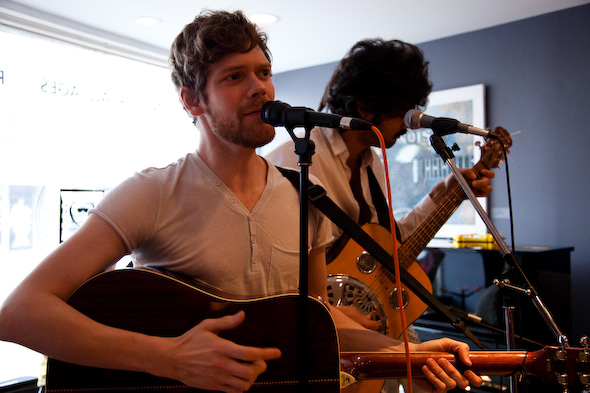 At one point during his set, Rich brought out a colourful parachute and asked the audience to dance underneath it while singing "This heart is what keeps me up. This heart is beating." That the most seemingly shy and serious audience members got underneath the parachute with Rich and started singing along with him is a testament to his abilities as a performer. 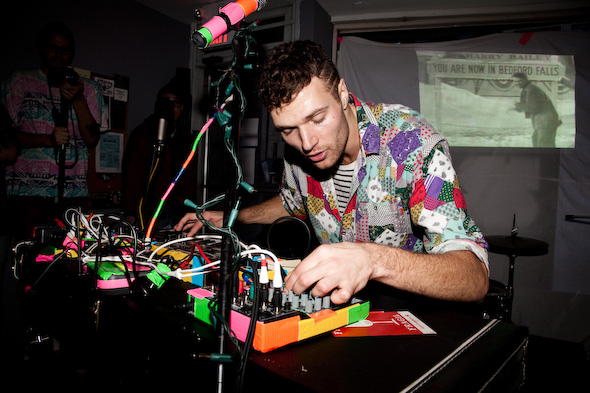 I'll end by saying that I think that Canadian Music Week should be about discovering new music. In that respect, what the Musebox put on was a resounding success. I left with a new appreciation for the music of all the bands, eager to learn more about what they had to offer. 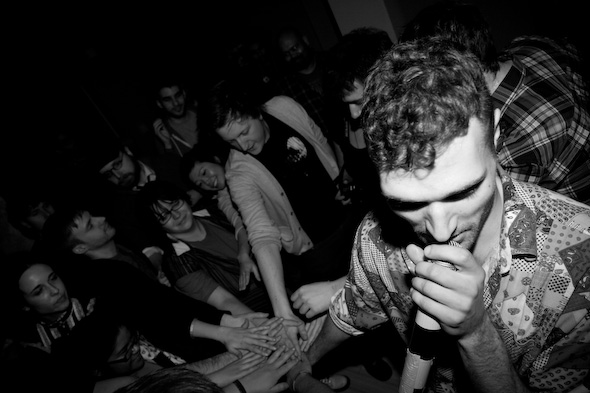