Having heard good things from a few friends about local band Persian Rugs, I thought I'd take the time to see what the fuss was about. Well, now I understand. 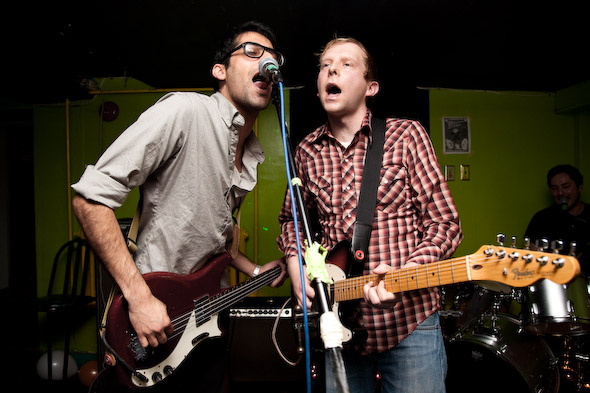 The four-piece band started their set without a word and went straight into an original song titled "Revolving Door." Since I'm such a sucker for female/male harmonies, it'd be fair to say that I was excited to hear the rest of their set. 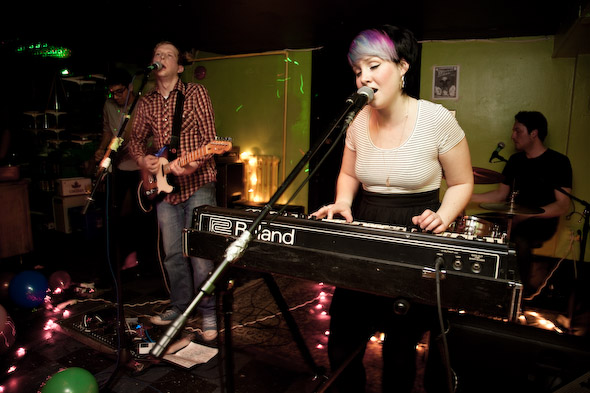 They came out smiling, and didn't stop until the end of their set. Their upbeat riffs made it impossible for the crowd not to dance, resulting in a lighthearted, feel good set. 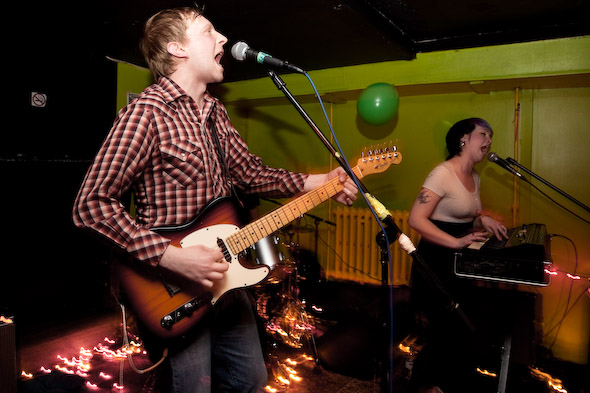 A few songs into the set, the band played an energetic instrumental that felt like a build up to something crazy but, to the crowd's surprise, it was a segue into their song "I Have Been Assured" â a cool play on the rhythm of their set. 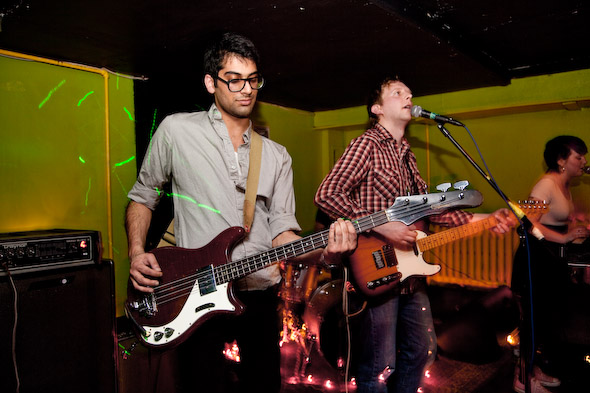 They later played their single "Always All", which was recently noticed by Pitchfork, who said that its melody shines enjoyably through the hiss of its simple four-track mix. The single will be on their 7'' that will be released in May on Cloudberry Records. 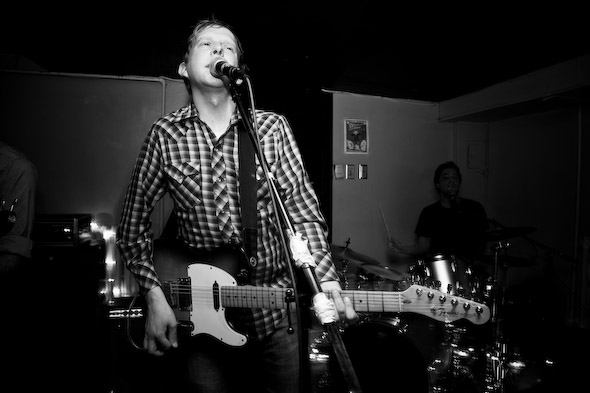 They ended with a satisfying cover of Part-Time Punks by Television Personalities.

Even though I do have an unfair love for male/female harmonies, every other musical aspect of Persian Rugs was equally pleasing . Beautiful melodies, catchy guitar riffs, upbeat group vocals and a genuine feel of happiness through each note. In short, Persian Rugs live up to their growing rep.