Chromeo brings the heat at the Opera House

On Sunday night, Montreal's Chromeo played the second of two shows at the Opera House. Chromeo's take on electro-funk ended up being the perfect remedy to a cold Toronto night as the band turned up the temperature at the Opera House with an impromptu dance floor -- much to the delight of the sold-out crowd. 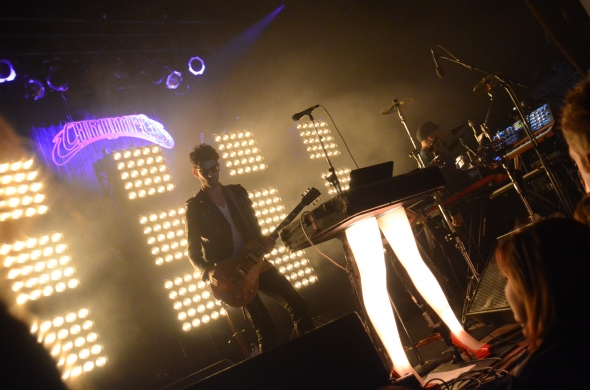 Support was provided by Toronto's own Young Empires, DJ Medley and New York's MNDR (pronounced: "mandar"). While these three artists might not be household names, each has, in their own way, found success in their respective scenes. For instance, MNDR's Amanda Warner provided vocals for Mark Ronson's international hit "Bang Bang Bang," while many of Toronto's dance fiends are probably familiar with DJ Medley as the co-creator of the infamous Dance Like You Fuck and Z-List, and Young Empires are one of Toronto's most buzzed about up-and-coming bands. 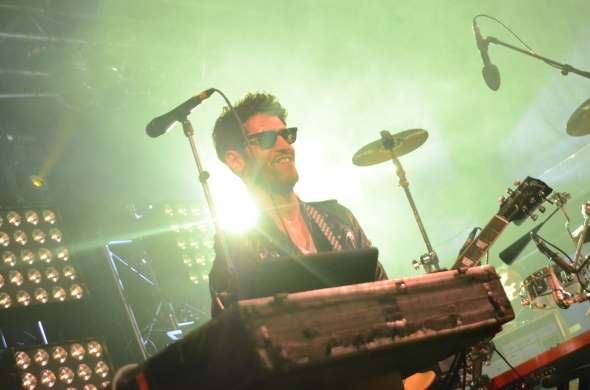 Unfortunately, my friend and I came too late to see Young Empires and DJ Medley play. This was quite disappointing as every time I've seen DJ Medley spin he has put on a great set, and since discovering Young Empires, I've been thoroughly enjoying what the band has on offer. As for MNDR, I was under the impression from research that I had that the band consisted of two members. Instead, only singer Amanda Warner was present on stage at the Opera House, and unfortunately she had to battle through a poor vocal mix that made it difficult to make out what she was singing. Moreover, the Opera House seemed to offer too big of a stage and audience for her to carry by herself. This is definitely one of those situations in which adding a supporting cast would help her immensely. 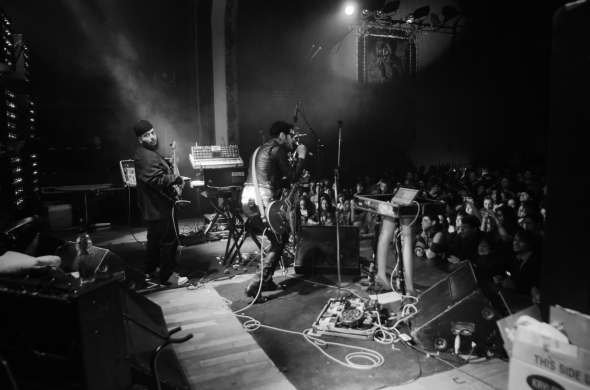 Arriving at the Opera House, I wasn't quite sure what to expect from Chromeo. After all, you don't see many duos of this nature currently performing. That being said, they were simply great. Both P-Thugg (real name Patrick Gemayel) and Dave One (real name David Macklovitch) are great performers. I particularly enjoyed how P-Thugg engaged the audience with his use of the talk-box, and Dave is as a charismatic frontman as they come. 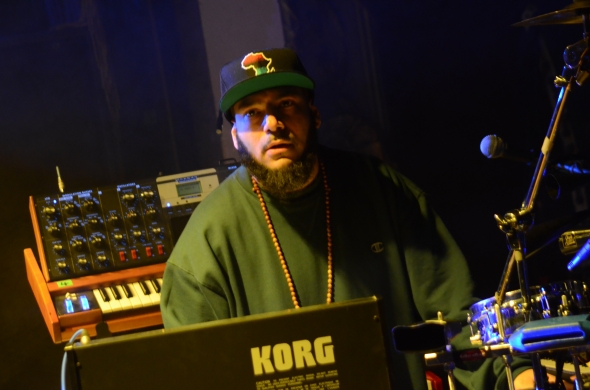 Most of the songs that made up Chromeo's set came from their two most recent albums, Fancy Footwork and Business Casual. Standout songs for me were "Night by Night," "Needy Girls," "Tenderoni," and "Lights On." Thankfully, the earlier mixing issues that had plagued MNDR's set were absent when Chromeo's was on stage. 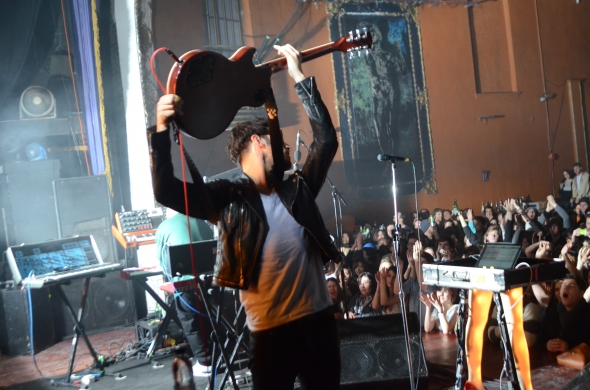 It's worth mentioning in conclusion how great the audience at the Opera House was last night. Not only did concert-goers brave the frigid night to come to the show -- on a Sunday, no less -- but they were also more than willing to forget whatever inhibitions they had and simply start dancing to Chromeo's infectious beats. Indeed, this seems to be the best metric by which to judge the success of Chromeo's live-show. When you see even the most seemingly stiff-limbed audience members start to groove and smile, then you know that the band that's playing is doing something right.