The top 10 Toronto breakout artists and bands in 2010

The top 10 Toronto breakout artists and bands is even more difficult to compile than your standard fare "best of list" because, unlike strictly opinionated offerings like best album or best song, the time frame of a star's success is often blurred in this category. What the general public perceives as an overnight success is, more often than not, years of hard work by an artist that just went under-appreciated for far too long. So, with that in mind, this list was chosen based on "new" talent that achieved artistic and critical success this year, garnering the attention that they rightfully deserve. 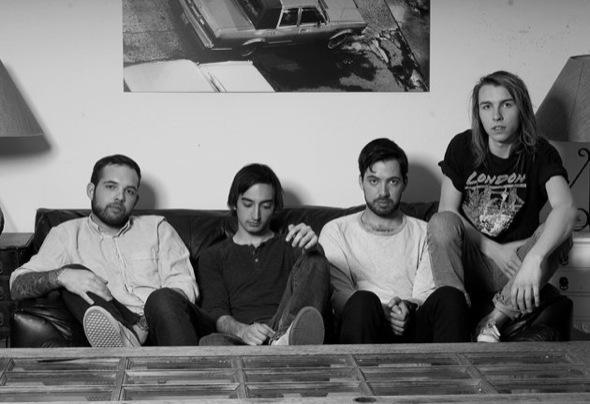 One of my personal favourite new bands this year, Teenage Kicks is the latest effort from the van Helvoort brothers, Peter and Jeff, previously of Ulysses and the Siren and Cain & Abel, both of which I was also a big fan of. Their Shook Our Bones 7" was released digitally as a PYWC record by Juicebox Recording Co. and really showcases Peter's growth as a songwriter, which fans can continue to experience with the band's new EP that's scheduled for an early 2011 release. 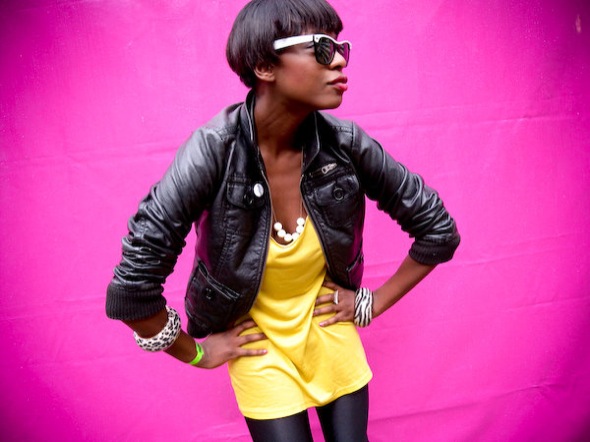 Isis Salam is no stranger to success. She's been in the spotlight before, most notably with her party starting electro group Thunderheist and her appearance on Jimmy Kimmel Live performing club banger "Bounce (All I Do Is Party)" with MSTRKRFT. But 2010 saw the Toronto emcee break out on her own and start production on her first solo release, currently scheduled for spring 2011, as well as focusing attention on various single releases and making headlines every time she did. Isis' musical talent may not be new, but her mark on the industry is just starting to take shape. Listen. 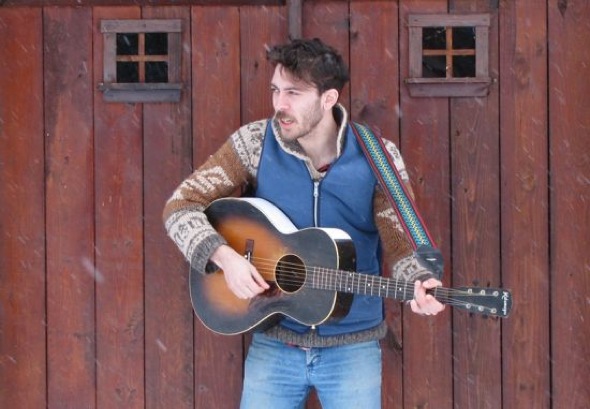 It wasn't that long ago that people were just starting to take notice of Daniel Romano's band Attack in Black, though it does seem like a lifetime considering the whirlwind of projects the young singer-songwriter attached himself to. Romano truly established himself as a musical prodigy and lead the charge of the Folk music revival this year, breaking free of any preconceived typecasting from his first band. Whether playing solo, his side-project Daniel, Fred, & Julie, with Attack in Black, or any of the other acts he associates himself with as a songwriter or a producer, Daniel Romano took the lead as one of the most talented artists in Canada this year. Listen. 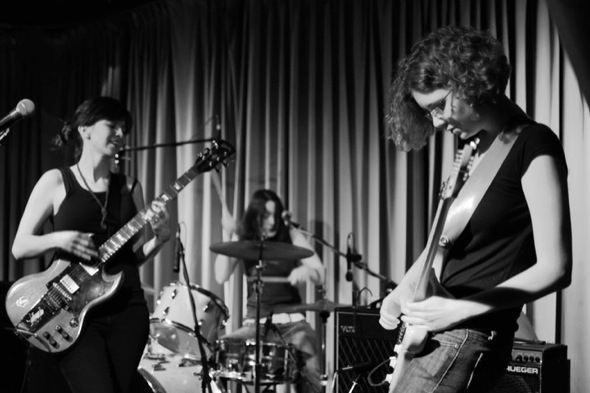 They're infectious. They're talented. They're girls. They're a Weezer cover band. That's a pretty good summary of Sheezer, who took Toronto by storm this year and had everyone asking, "Have you heard this?" By the simple nature of the band, it was debatable putting Sheezer on this list and, granted, the hoopla has died down quite a bit, but there was a time this year when they were practically unavoidable. Their longevity is certainly questionable, but considering the band their covering refuses to call it quits (even with one fan's $10 million dollar offer), Sheezer still has plenty of new material if they choose to continue. Listen. 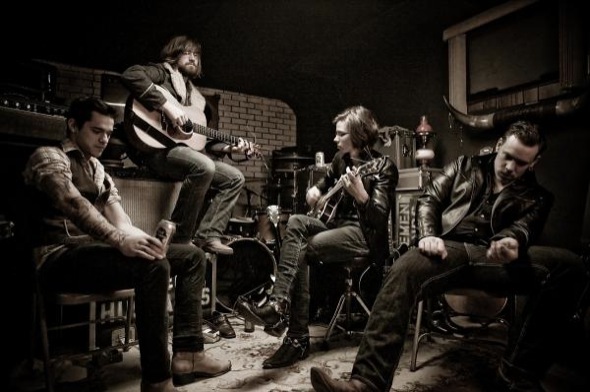 The rise of Gentlemen Husbands is one of personal pride, as I've watched this band grow from their blues rock roots to the talented rock and rollers they are today. They're a band that had "it" from the moment I first heard them and, with their latest release, Mirror Doll Business, continue to strive for excellence. It would not surprise me one bit if Gentlemen Husbands were mentioned in the same breath as Canadian greats the Tragically Hip and Blue Rodeo in the years to come, and with the success they earned in 2010, it looks like they are well on their way. Listen. 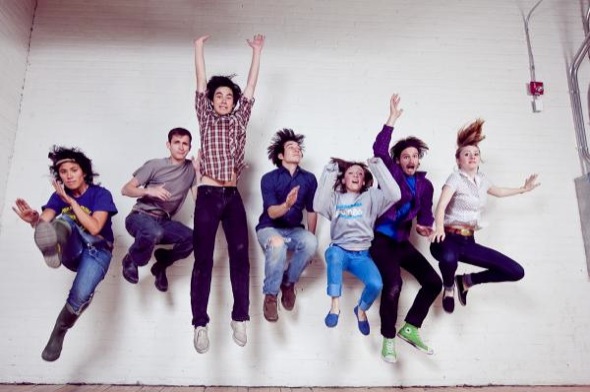 Toronto fans have known about Hooded Fang for quite some time and they're a pretty beloved act on the indie rock scene. This year offered Hooded Fang a chance to spread their wings a bit, going from Toronto favourites to rising Canadian stars, quite similar to some of the city's past breakout acts Broken Social Scene, Feist, and the Wooden Sky. With the release of their new LP, Album, the future looks bright for the band and, as long as the wheels keep turning in the right direction, Hooded Fang will no doubt be topping more "Best Of" lists come this time next year. 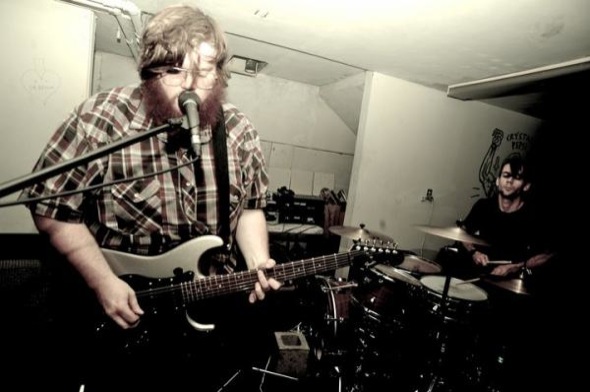 Garnering critical acclaim that has landed them on a ton of "Best Of" lists this year, it's hard to believe Meet Me at the Muster Station is PS I love You's debut album. What started off as a solo project for multi-instrumentalist Paul Saulnier, it wasn't until the addition of Benjamin Nelson on drums that the band started to receive some attention, releasing two 7" singles back in 2009. Though the singles were given praise at the time, the band really blew up this year with the debut LP, bringing their soaring rock anthems from Kingston, Ontario to the forefront of the Toronto indie scene and Canada as a whole. Listen. 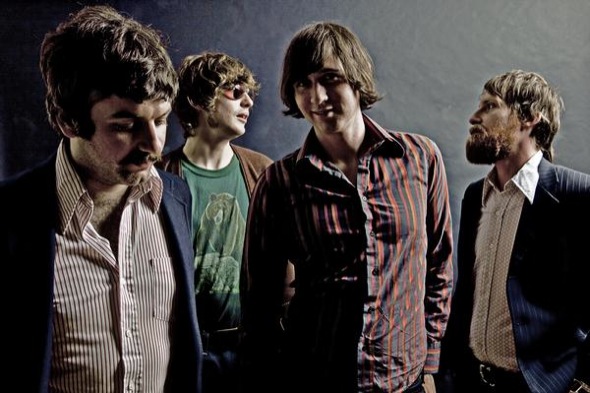 Following in the footsteps of Canadian legends, the Band, who formed primarily to be a backing band, Zeus stepped out from behind Jason Collett and came together to release their own material. Their debut record, Say Us, received plenty of critical appreciation, even earning a spot on the Polaris Music Prize long-list, and made the group a bona fide success all on their lonesome. Listen. 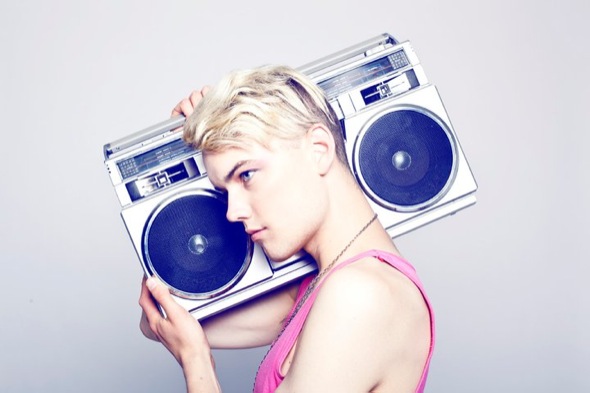 Whether you love him or hate him, it's impossible to deny that John O'Regan's solo project, Diamond Rings, has been popular this year. The quick rise to fame is credited to his critically acclaimed debut album Special Affections, but it'd be naive not to mention the eccentric songwriter's elaborate and deliberate; Bowie-inspired stage image, which has no doubt made Diamond Rings standout as unique, if nothing else. O'Regan himself admits that his "look" is just as important as the instruments he plays on stage and, though I may not agree with his priorities, one must applaud the commitment to his art. Regardless of the make-up and wardrobe, John O does have something musically, and that makes the future look very bright for Diamond Rings. Listen. 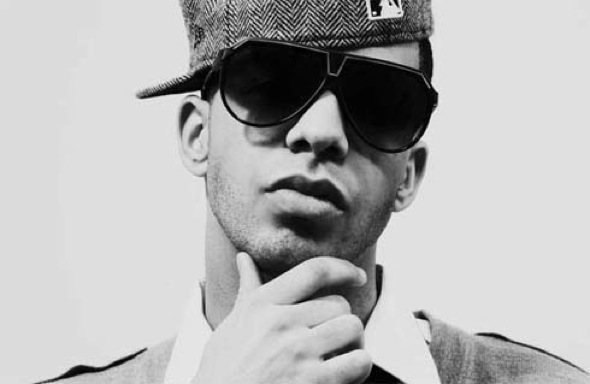 Sometimes as a music fan and critic you've got to give credit where credit is due, in spite of your personal feelings towards an artist. I am not a fan of Drake and never have been. I tried to justify in my mind a way to leave him off this list, lumping his success in with the hype-machine that surrounded him last year. It was no use however, because in 2010 Drake rose to hip hop super-stardom, planting himself firmly between rap's elite and becoming an international phenomenon. Everyone wanted a piece of the Degrassi-alum and he'll no doubt be a shoo-in come award season. So, it's for that reason, and that reason alone, Drake snags the number one spot for Breakout Artists of 2010. Listen.