If there was ever a doubt that Broken Social Scene really belong to Toronto, it was wiped clean by the group's two-night stand at The Sound Academy. Recently reformed indie-rockers Superchunk were missing from Friday night's show, leaving the opening slot a bit of a mystery. 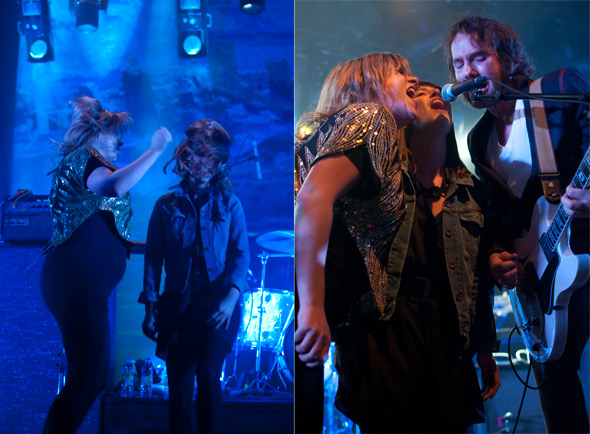 The show was billed as "An Evening With Broken Social Scene", which placed the increasingly talkative Kevin Drew in the role of M.C. for the night. Rather than having one band open, a slew of acts rotated for over an hour to warm up the crowd. Drew also made sure to fill different musical roles for almost every act. Friends of the band including 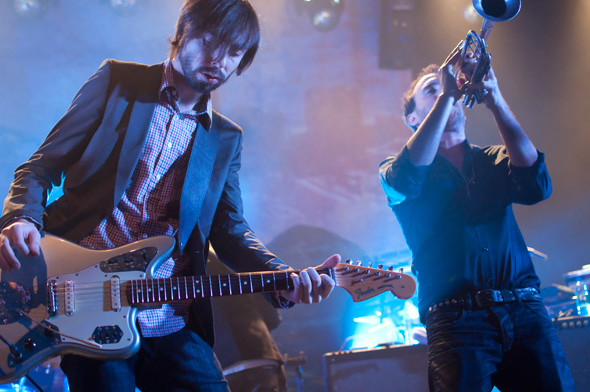 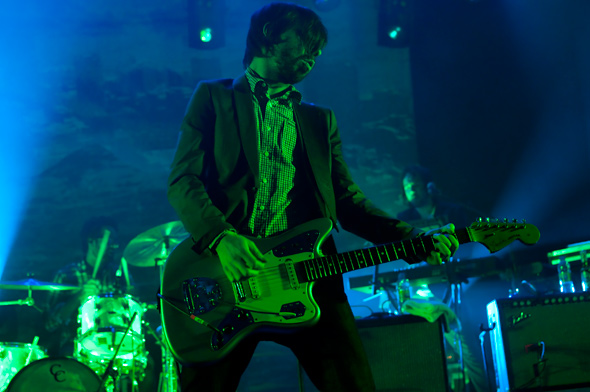 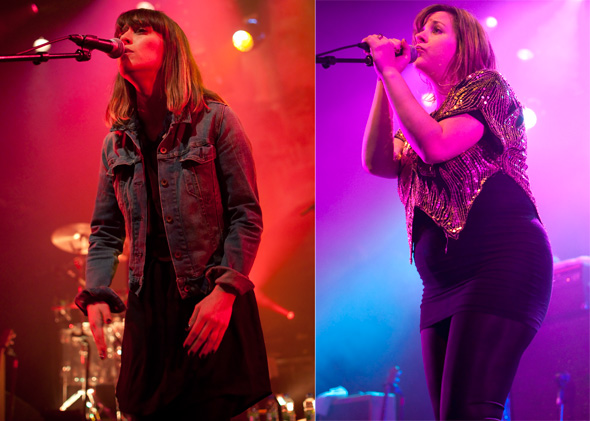 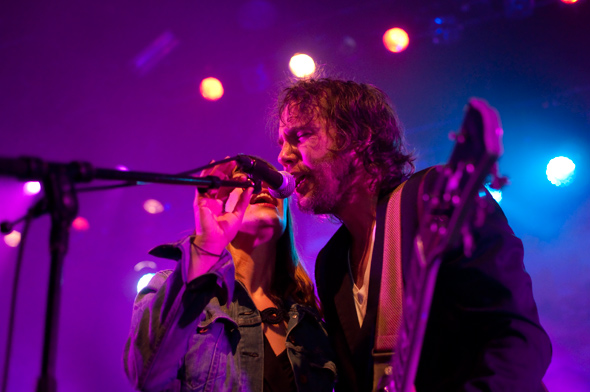 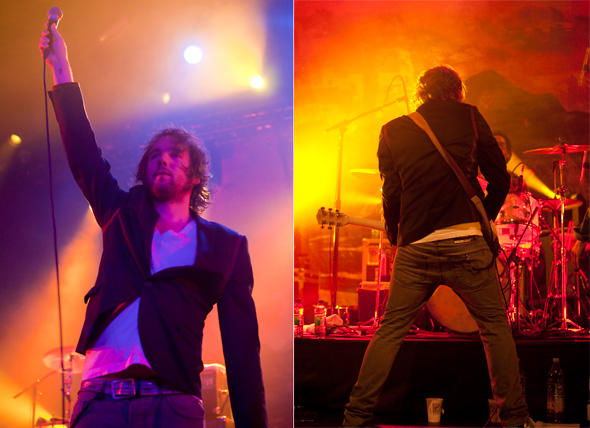 Andy Kim took the stage as well as a number of Broken Social Scene related acts including Jason Collett and Amy Millan and Evan Cranley of Stars. The concept of various openers was good in theory, but the rushed pacing of each act ensured that none were able to hit any sort of musical stride.
No matter, the packed house made the grueling trek to The Sound Academy to see Broken Social Scene. Drew informed the eager crowd that the entire BSS family would be performing tonight, as Emily Haines was curiously missing during Thursday's show. The band was in fine form, giving it their all for an extremely receptive hometown crowd. Exceptional versions of "Fire-Eyed Boy", "KC Accidental" and "Time=Cause" proved the band's back-catalogue of songs were still fan favourites, and also showed that thirteen members on stage were capable of sounding like a tightly knit rock group. The epic "World Sick", playful "Art House Director", transformative "Water In Hell" and other tunes off Forgiveness Rock Record showed a stripped down, boys-club version of Broken Social Scene playing very tightly as well.
Mid-way through the set Drew asked the crowd if they knew who was missing from the stage, which prompted the appearance of Emily Haines and the ubiquitous, yet never boring "Anthems For A Seventeen Year Old Girl". This segued into a perfect version of "Sentimental X's" with Feist, Amy Millan and Emily Haines taking the spotlight away from the boys for the first time all evening.
While the setlist didn't change all that much from Thursday night's performance, it seemed to be of little importance. Broken Social Scene played with the vigor of up-and-comers and the prowess of a band ten years deep into their career. Even though Broken Social "lite" manages to impress crowds internationally, there's really nothing like seeing the full family on stage all together. The amount of love shown at both Sound Academy shows solidifies Broken Social as Toronto's true hometown band, and as long as we keep filling the venues, we'll be given the full family treatment time and time again.
Photos by Greg Abramowitz