Hailing all the way from sunny Australia, the blissed-out psychedelic rock quartet Tame Impala stopped by the Horseshoe to play their first ever show in Toronto. It's worth mentioning that they also sold the place out, on a Wednesday night no less. The Aussies have taken the music-blogger universe by storm since the release of their debut LP Innerspeaker. Throw the record on, close your eyes and you'd probably think you were listening to The Beatles...on a heavy dose of acid. Lead singer and guitarist Kevin Parker sounds shockingly like John Lennon. I can't emphasize the similarity enough. It's uncanny. 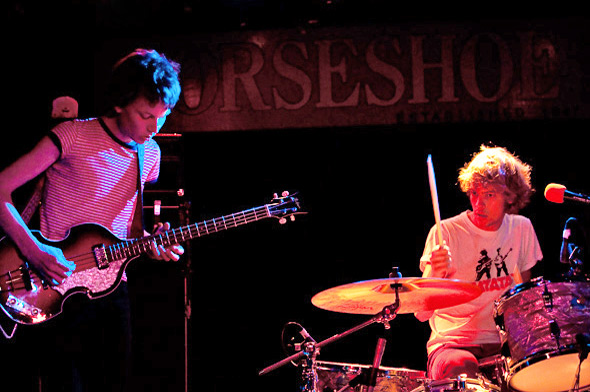 Perhaps still dreaming of warm, sandy Australian beaches, Parker emerged on stage barefoot and remained that way for the entirety of the set. The group played almost all of Innerspeaker, opening strong with "It's Not Meant To Be." From that moment on the Horseshoe was simply enveloped by Tame Impala's reverb soaked vocals and guitars. Seriously melodic bass lines (reminiscent of Cream' bass player Jack Bruce) penetrated walls of jazzy guitars chords and splashy drums on the opening number.

The powerful "Desire Be Desire Go" was up next and was the first instance of sound issues. Parker's vocals are so reverb-heavy that they began to get lost in the mix if everything isn't set up quite right. Striving to make himself heard, Parker stood on his tiptoes, straining to make his vocals heard amongst the rest of the band. Dominic Simper laid down some solid guitar riffs on the solo section, which Parker took full advantage of. Standing completely still, shoulders tensely shrugged, bangs completely covering his eyes and donning a vintage red Telecaster, Simper was a spitting image of Radiohead's Jonny Greenwood. 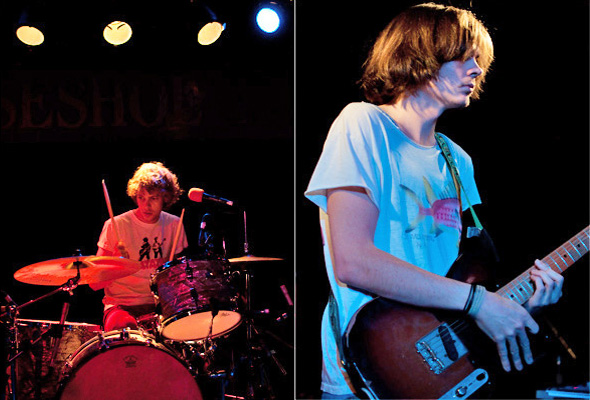 The pummeling rhythm of "Lucidity" saw Tame Impala really find their groove, and Parker conjure up some beautifully performed solos. During each solo he utilized a number of different wah and reverb-based effects, and it's safe to say that Parker never even came close to playing his guitar cleanly. While the band's heavy reliance on effects is interesting most of the time, it's hard not to wonder whether or not they are hiding behind them due to a lack of technical proficiency. Several of the band's songs seemed to bleed together, not through well-practiced segues, but due to a lack of varying song styles.

Towards the end of the set Parker announced that they'd be playing one more small section of music, leaving some of the audience members utterly confused. Would the group be playing a fragment of a song, or a small batch of songs? It was really hard to say. They then reprised "Desire Be Desire Go" for the second and final time before launching into an extended version of "Expectation."

While they may not have played an encore, Tame Impala did offer a truly satisfying performance. Those in attendance bared witness to a very young band doing their best to carve out a niche in modern-psychedelic rock. Kevin Parker's John Lennon-like vocals sound should serve them quite well along the way.