Jason Collett gets undressed at Church of the Redeemer

One of my favourite things about Jason Collett is his ability to tell a story; a candid honesty and humorous wit that allows him to connect to his audience on a human level. He's a fantastic musician to boot. All of which made Church of the Redeemer the perfect venue for his "Undressed Tour" to stop at on Thursday.

The intimate venue's lights were already dimmed down when I arrived, the booming voice of Al Tuck welcoming me in as I opened the door. Unfortunately, I had been told Tuck's opening slot was scheduled for 8:30 (which I would have been ten minutes early for), so his earlier start time forced me to miss a song or two from his set. That being said, walking through the entrance of the dark Anglican Church, looking down the centre aisle at Al Tuck; a single spotlight beaming down upon him, was quite the awe-inspiring scene. 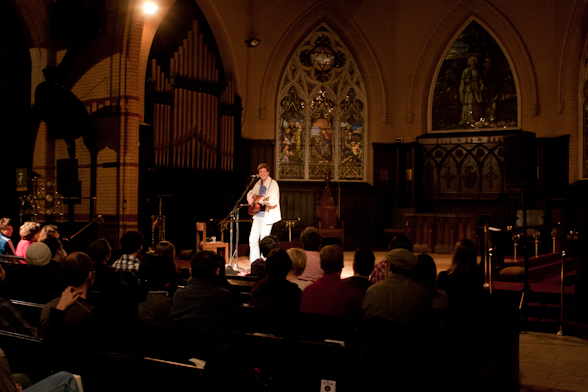 After finding a seat near the back (the comfiest chairs I've ever sat in at a Church before) and settling in a bit, I could finally absorb Tuck's music. I had never heard the East Coast singer-songwriter before and was pleasantly surprised by just how good he was. His guitar playing was a little sloppy at times, more a symbol of being caught in the moment then of poor musicianship, and his humour seemed to go over the quiet audiences head more often than not. But his voice, that same booming sound that greeted me, was absolutely incredible.

If I can be completely honest, I was a little disappointed with the crowd during Tuck's set. As a musician myself, I understand how hard it is to capture an audience's attention at times, especially in such a quiet venue, but the amount of people texting away on cell phones, not to mention the girl behind me who was completely trashed out of her skull (allegedly she puked all over both bathrooms - nice little Thursday night for her), was pretty disrespectful. 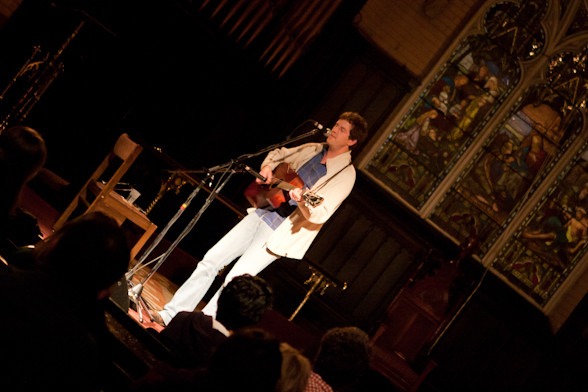 In spite of some of the audience, Tuck played a great set that reminded me of a young Loudon Wainwright III. He seamlessly intertwined heartfelt folk with a touch of humour, making a song like "Yawnsville" both beautiful and comical, garnering applause and laughter at the same time. It also seemed that he had his set time a little confused, as he kept asking the "mighty J.C." (Collett, not Christ) for a time update towards the end. After a couple more songs, Al Tuck ended his set with a thank you and the lights came up for a brief intermission. 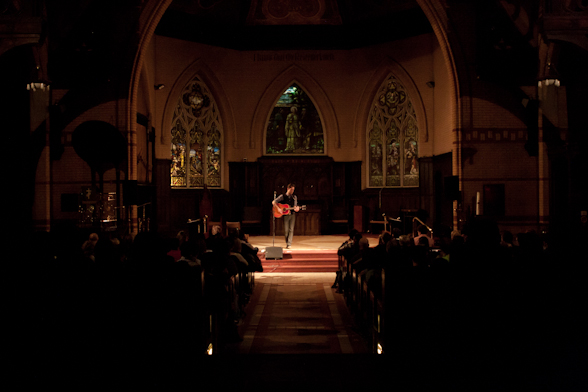 Jason Collett began his set by apologizing to the crowd for the lack of bar and refreshments, joking "I was rummaging around back there for some communion wine to be a better host, but they seem to keep that in a safe somewhere," before playing his opening song "Rave On Sad Songs." It was the first of many stripped down renditions from his album Rat A Tat Tat, on top of some new songs from his latest acoustic release Pony Tricks.

The Toronto-native had the crowd eating out of the palm of his hand after playing "Lake Superior," which at one point had me closing my eyes and wishing I was sitting next to a campfire with friends. But that's kind of what this night felt like: with the warmth of the crowd, brilliant sound, and plenty of stories, the evening was about as intimate as one could hope. 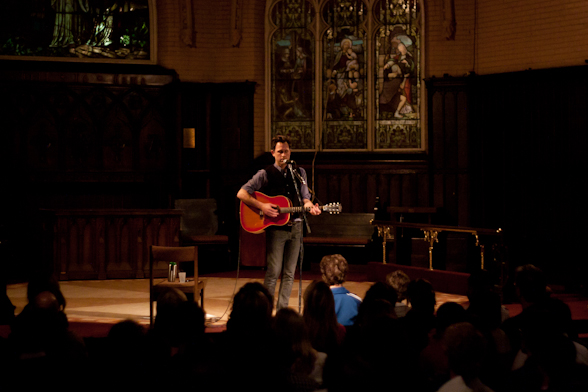 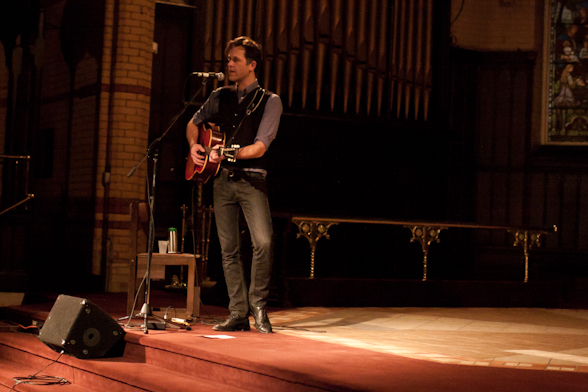 As I said before, the Church of the Redeemer was a perfect setting for Jason Collett's wonderful stage banter. Some might have considered his tales a little long-winded at times, but they always lead to the next song, personalizing the lyrics with a touch more insight. Collett summarized it best: "Sometimes a story and a song become so connected to one another that they become like Siamese twins," he said apologetically before recounting a familiar story that has become synonymous with his song "Almost Summer."

But it was his tune "Pulling The Sun Down" that really pulled at my heart strings, stealing the show in the process. Jason bluntly told the crowd that it was an acronym for post-traumatic stress disorder (PTSD) before stumbling over some brief words explaining that if we're going to send our troops to war, we need to be able to deal with the consequences because: "Not only do they die, but they come back fucked up." It was an important message, especially on Remembrance Day. Lest we forget. 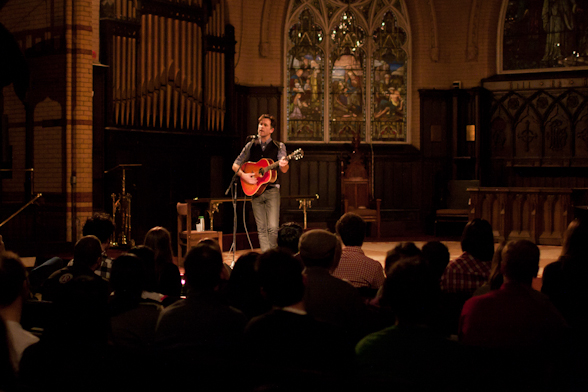 Jason Collett played a few more songs off of Pony Tricks, some of my favourites being "My Daddy Was A Rock n' Roller" and a new song I didn't catch the name of ("Black Diamond Girl" perhaps?). And by the end of the night one thing was made perfectly clear: whether Jason Collett is playing with Broken Social Scene, his backing band Zeus, or "undressed" playing solo, he is an incredibly entertaining performer that deserves every bit of success he receives.