Bonobo busts out a full band at the Phoenix

It's not that often that you see a DJ or electronic music producer bring a whole band along when they spin a live set. After all, this is a genre of music that is most often associated with its bedroom beat-makers crafting and preforming songs on their laptops. But, in a live show that might just challenge Broken Social Scene for the most musicians to occupy the stage during a show, the almost sold-out Phoenix witnessed nine talented musicians help out with Bonobo's set. 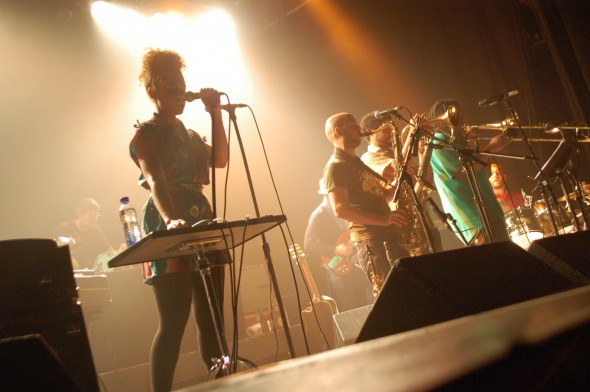 The band included the usual suspects like a vocalist, guitarist, bassist (Simon Green played the bass throughout the night) and drummer, but also had a three-piece wind section and an organist. Suffice to say, after seeing that many musicians take the stage, the expectation was that we were in for something special. 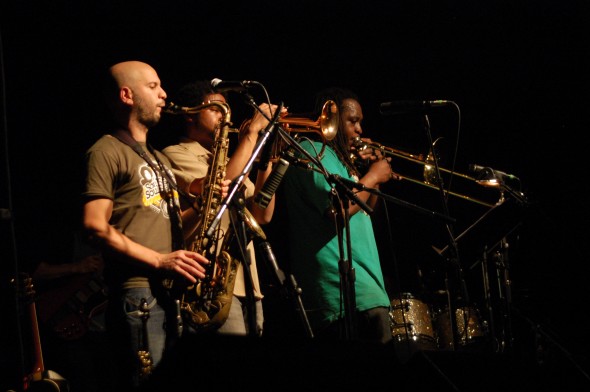 Some of my favourite moments on Bonobo's newest full-length, Black Sands, are when singer Andreya Triana adds her soulful voice to a track. In another instance where my expectations for the night did not match up with what actually happened, I decided I was going to be content if Green just played prerecorded cuts of Andreya's singing. Instead, about three songs into their set, Green asked the audience to welcome Andreya to the stage. They ran through all the songs she is featured on the album including: "Stay The Same," "The Keeper," and my personal favourite, "Eyes Down." She is a great performer and her voice held up well in the live setting. 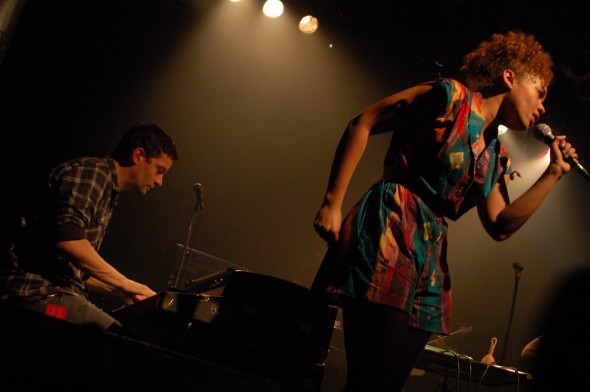 For me, the highlight of the night was when most of the band left the stage leaving just the drummer and saxophonist. The drummer first did a pretty great drum solo, and then both of them did a drum/saxophone duet. Seriously, more bands need to do stuff like this. Afterwards, the whole band returned to the stage and performed the crowd-pleaser "Eyes Down," and if there was ever a perfect lead-up to a perfect song this was it.

Towards the end of the show I overheard a young fan tell her friend that she wished the show would never end. Without repeating any cliches, at least I can say that I now have some unforgettable memories of the show. Now the only problem is, I'll be hoping that even every middle-of-the-road producer brings a full band with them from now on.