Street busker Shibaten makes music with his heart, across the globe, with nearly every instrument imaginable. Perhaps best known for his didgeridoo playing, he has been a regular at Yonge and Dundas for the past three summers, and calls the square the best place in the world to busk.

I met and spoke with him earlier this week, only to learn that it was his last time busking in Toronto, for now. He had plans for yet another spiritual journey that would eventually take him to Singapore and Japan, and he didn't know when he'd be back. A guestbook in front of his tips basket was filled with well-wishes from old and new friends alike, including people who had come out just to catch Shibaten while he was still in the city.

From his eagerness to connect with others to the eclectic blend of sounds that define his art, it's obvious that Shibaten does what he does to share with the world a universal beauty. 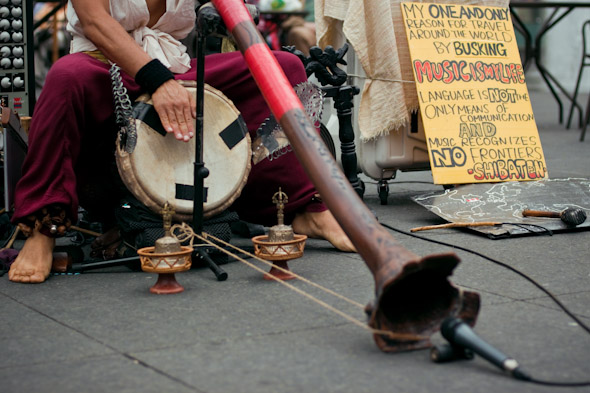 Tell me a bit about yourself. Who is Shibaten?

Who am I? My name is Shibaten, and I'm from Osaka, Japan, although I've never busked in Japan. I've been traveling for more than 10 years and busking for four and a half years, all over the world. I've been to over 30 countries.

How did you get into busking?

I love traveling, and I love music. I also wanted to make money at the same time, so busking was the best way. I started playing music when I was a teenager, and stopped when I was 18. Then I started traveling, but I didn't play when I started -- I was looking for my life's passion. I tried so many things for seven years, and finally, I came back to music. I realized, "Okay, this is my life." 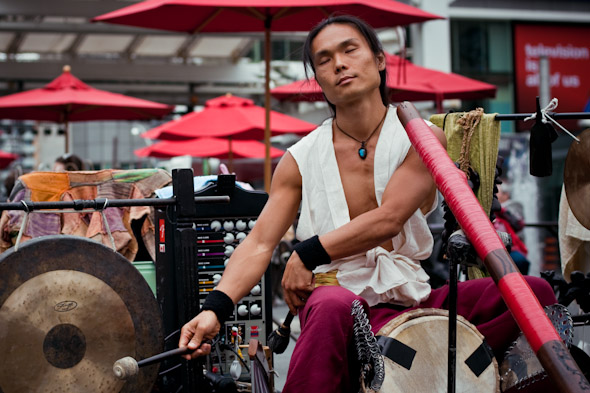 What are all the instruments you play, and where are they from? 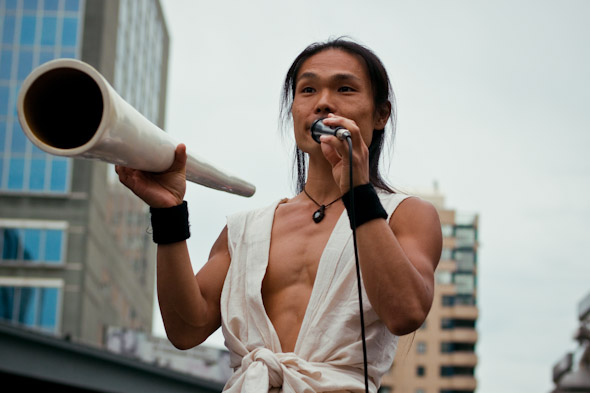 How long have you been in Toronto?

I've been in Toronto for three summers, but next I'm going to Arizona, California, Missouri, and New York. To bring everything with me, I have to drive.

Music is a universal language. I can make friends, I can communicate wherever I go. That is because I play spiritual music. Music is from the spirit, and the balance of this earth -- trees, water, people, buildings -- is my inspiration. I need balance with my music, too. 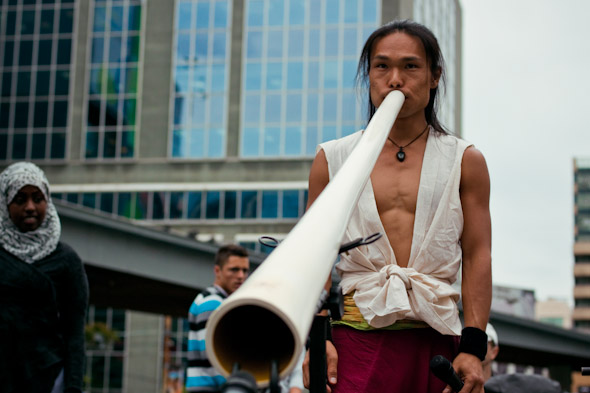 Do you have any CDs out?

I have two CDs, which are available from my website.

If you could pick one place in the world to busk, where would you go?

Toronto. People here are nice and have open minds. People are from all over the world. And I have this place, Yonge and Dundas, to busk. That's an important thing. 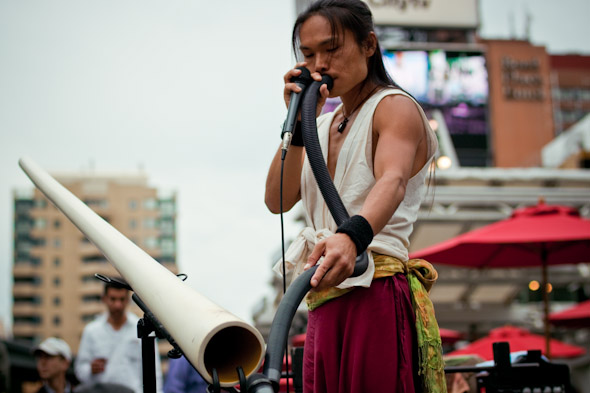 I busk everywhere I go, all over the world, in different countries. Every time, same problem. I draw a huge crowd in the street...and then the police come. I've been to court, too. But it's not my fault! And sometimes, other buskers see the huge crowd and get jealous, so they try to attack me.

This is why Yonge and Dundas is the best place in the world to busk. The other buskers here are very professional, too.

What's the most interesting thing you've had dropped into your basket while busking?

I think ganja. But I don't smoke. People think I smoke because I do so many unusual things.

Is there anything else you want people to know about you?

I want to tell them, "Watch my life. And you will feel my spirit."