The Spadina Bus touches down at the Orbit Room

The Shuffle Demons are back on the Spadina Bus and they're riding it to the Orbit Room every second Monday night.

If you haven't heard of The Shuffle Demons by now, you've been missing out on an integral part of Toronto's musical history. These three sax players, bassist and funky drummer play the most toe-tappin' tunes in a fusion of jazz, pop and funk.

Starting out as street buskers in the mid-'80s, they were as memorable for their eye-catching outfits (designed by Kurt Swinghammer) as they were their "bop-rap" tunes like Out of My House Roach, Cheese on Bread and the aforementioned Spadina Bus. 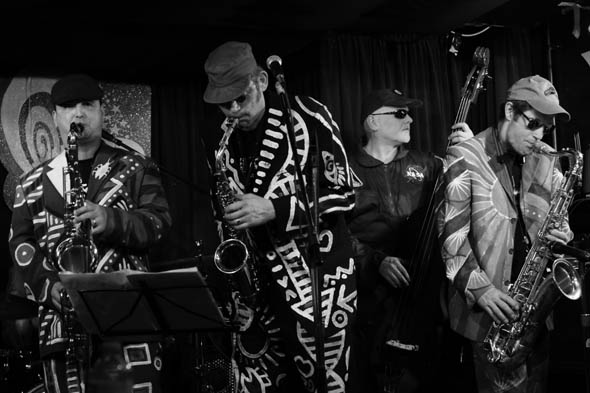 Their show is a melange of classic Streetnik tunes and some still catchy, newer material like He's the Drummer (he's gonna take away your bummer) and the beautiful After Midnight by George Koller. And a Charles Mingus tune thrown in for good measure. 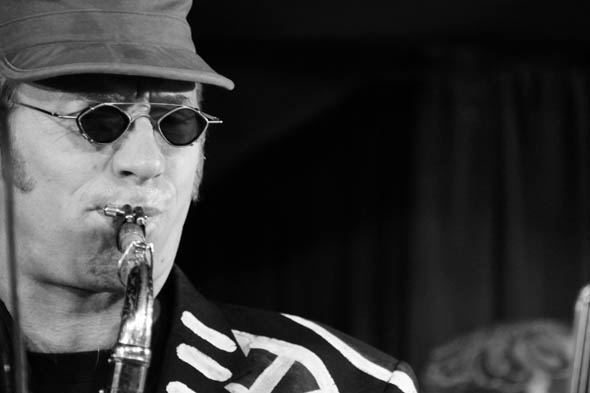 The first 50 people got a free Hockey Night in Canada 45. The Shuffle Demons broke the Guinness World Record with this song, gathering 900 saxophones at the same time, almost exactly six years ago. (It was later broken by a Taiwanese outfit, which lead to a re-attempt last year with an even more Canadian song).

Still a popular tune, this recording is from '88 but still gets the crowd going when they perform it live. Check out these short HD video clips from their show and look out for the Habs fan:

The Shuffle Demons have recently returned from a successful 25th anniversary tour that saw them play every major Canadian Jazz Festival in 2009. They've just returned from the Zacatecas Cultural Festival in Mexico, where they were joined on stage by New York sax ace Seamus Blake. 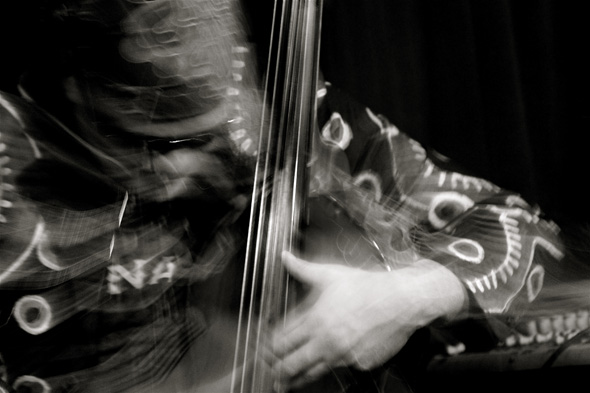 The highlight of the night was when, during Spadina Bus, they marched from the stage through the audience and down the stairs and outside -- still playing -- where they surprised passersby on College St. with their antics. Wynston even did his roach dance atop one of those big garbage bins before the band headed back upstairs. 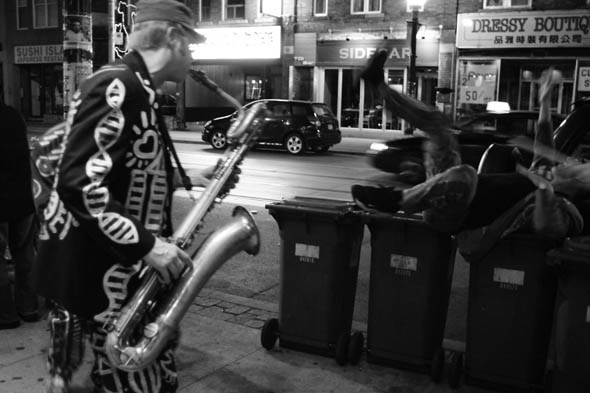 The Shuffle Demons continue a series of concerts at The Orbit Room (580a College St.) every second Monday (including May 17 and May 31) starting at 10 p.m. for just $10. Worth every penny.

And if you didn't click on the hyperlink above, but you're still interested in taking a trip down memory lane, here's the video for Spadina Bus.