LCD Soundsystem cranked up the beats and heated up a sold-out crowd Tuesday night at the Kool Haus.

From the thumping bass of Us V Them, LCD Soundsystem had the audience moving to their electro-punk-pop hipster nonsense. As the night wore on, the KoolHaus got hotter and hotter. People were elbow-to-elbow throughout most of the place, not leaving much room to actually dance. 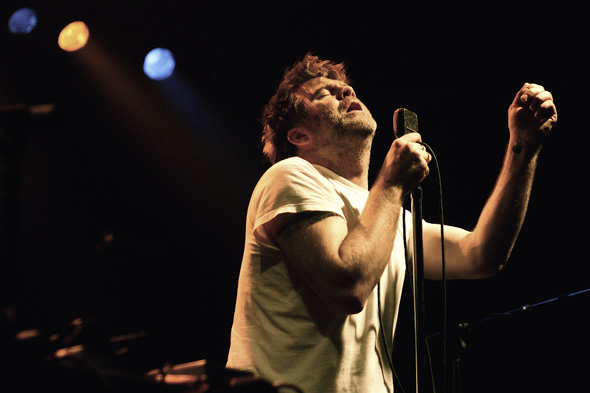 Singer James Murphy was the focal point most of the night, sweating it out in front of hordes of adoring fans, acting like someone half his age. 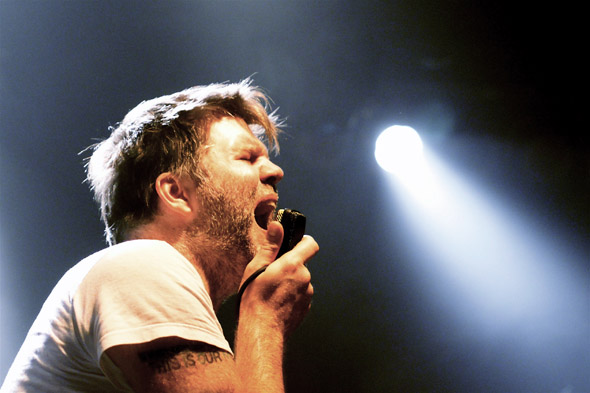 Murphy was backed up by a six-piece band, including lots of live percussion, a healthy dose of Moog and plenty of back-up vocals from the rest of the band. 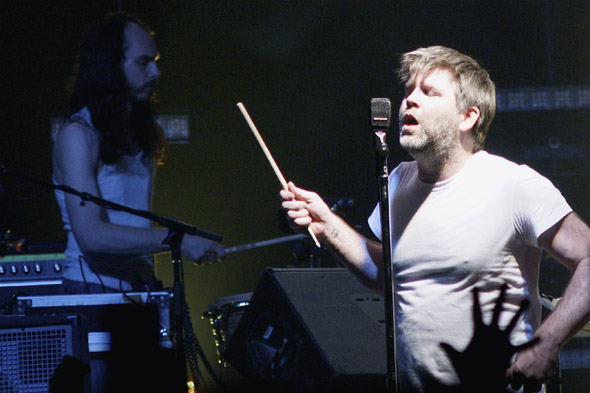 It was fun watching Murphy muck about on stage in his scruffy beard and a plain white shirt, occasionally picking up a drumstick or cowbell and going nuts with it. 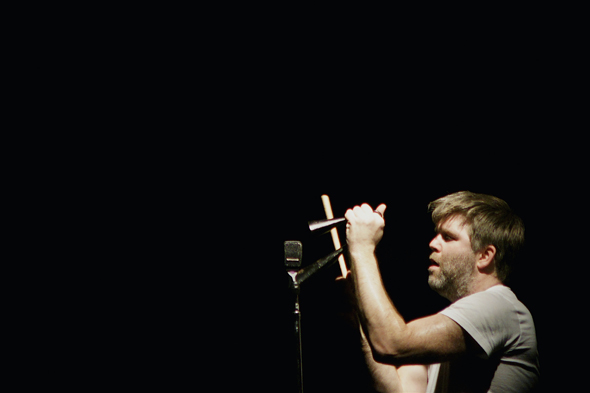 The joke-song Drunk Girls got lots of cheers and fists pumping, appearing as the second song in their set. But the biggest crowd reaction came from Daft Punk is Playing in My House, delivered with gusto about six songs into their set. 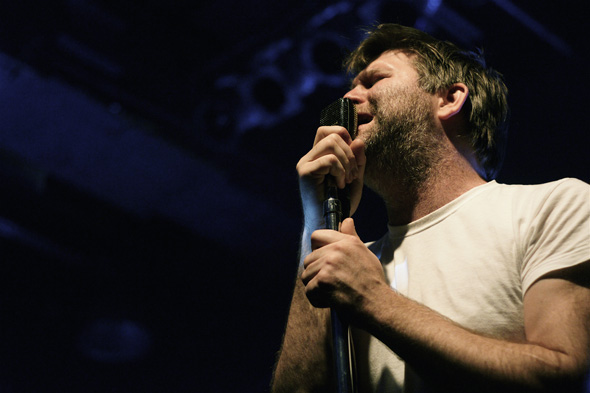 At least an hour into the show I was surprised to see them bring out the lasers, which gave an exhausted crowd a little boost of energy towards the end of the show. 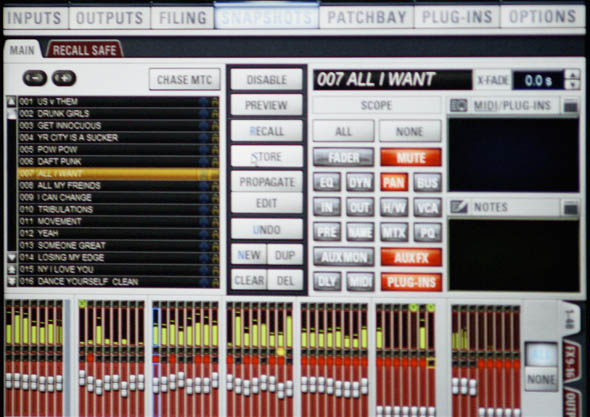 If that weren't enough, we were blasted with the brightest green and white lights. This probably didn't do much to keep the KoolHaus cool. But likely helped with drink sales. 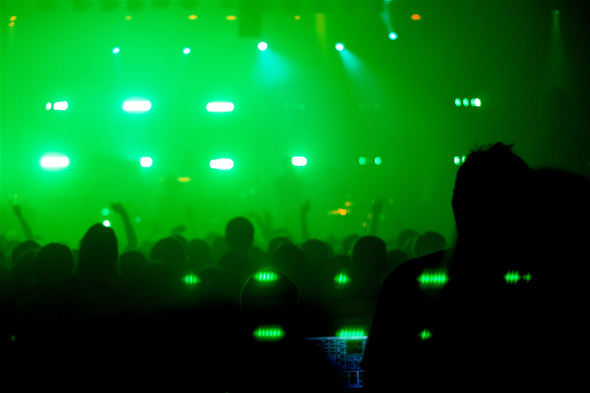 On my way out, I overheard a fan, t-shirt sweat-saturated, complain: "It wouldn't hurt the Kool Haus to break out a few industrial-strength fans on 30-degree-weather nights like this."