Thursday night's Julie Fader & Friends show at the El Mocambo was an intimate experience, delivering a collaborative set from some of Toronto's finest musicians in a cozy and relaxed atmosphere. Fader and Daniel Romano both have ties to the east coast, making Halifax native Andrew Sisk a perfect fit for the bill.

It felt more like a series of jam sessions than a rigidly defined concert. The audience remained seated, hiding in the shadows of the Elmo as each performer took to the stage with a seemingly endless barrage of friends and family eager to pick up an instrument or lend their voice. Attention was undivided - the crowd remained captivated and respectful from the opener to the end closer.

I arrived just as Andrew Sisk began his solo set, luckily finding an empty table near the stage. I was unfamiliar with both Sisk and his band Share, and his all too brief set on Thursday has me kicking myself for not picking up on them until their fourth full length release. His stage banter was brilliant, most notably when he made a valiant effort at building a song around the thumping bass coming from the rock show upstairs. 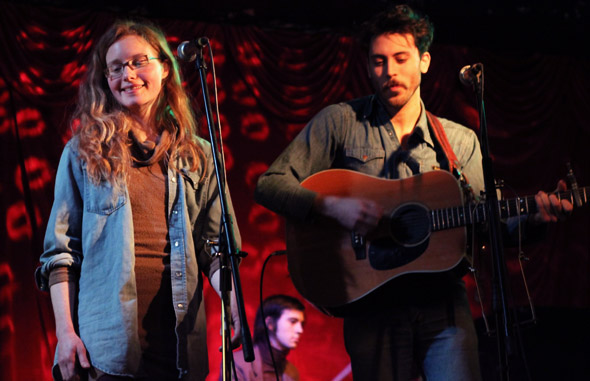 Daniel Romano and his brother Ian comprise half of Welland, Ontario's Attack in Black. Their departure from a more punk-oriented sound to a full on embrace of folk and roots music left many fans disheartened while others (such as myself) praise the direction they've taken. Daniel's most recent release is with Julie Doiron and Fred Squire, a minimalist folk record under the moniker Daniel, Fred & Julie.

Tonight offered up a particularly special treat from the Romano brothers, as they were joined on stage by their Aunt Darlene on bass and their father David on harmonica and electric guitar. Daniel served as lead vocalist and handled the acoustic, with Bruce Peninsula contributor and writer Misha Bowers adding delicate harmonies to the upbeat country and folk rock songs. 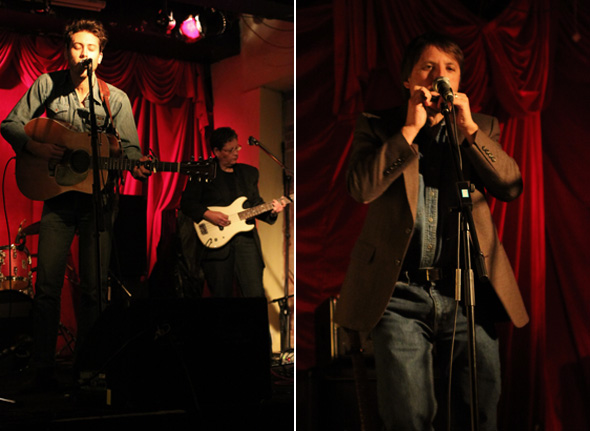 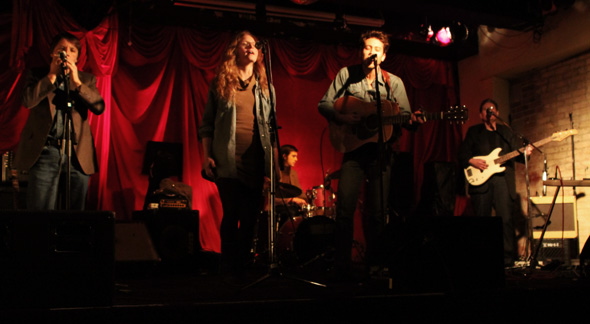 It's evident that the Romano brothers were raised in a very musically inclined family. While Daniel asserted that he had no formal music training, the natural chemistry between the singer and his family made for a rare and heart-warming set.

Julie Fader took to the stage shortly after 11 p.m., visibly (and audibly) excited to have her closest friends play her songs with her. As a skilled multi-instrumentalist and singer, Fader has appeared on more than a handful of releases from artists such as Great Lake Swimmers, Chad VanGaalen, Attack in Black and Sarah Harmer. 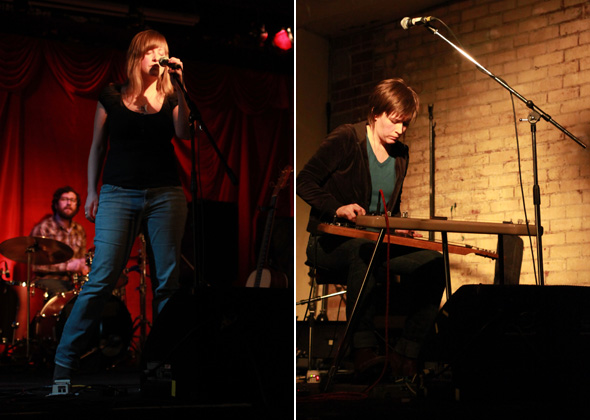 With such a sweet and caring disposition, it's no wonder that her friends were happy to help her out when it came time for a solo album. Her debut full-length Outside In was released last September through Brian Borcherdt's Hand Drawn Dracula Records, and featured contributions from Tony Dekker, Harmer, VanGaalen, Justin Rutledge and Pete Hall of A Northern Chorus. 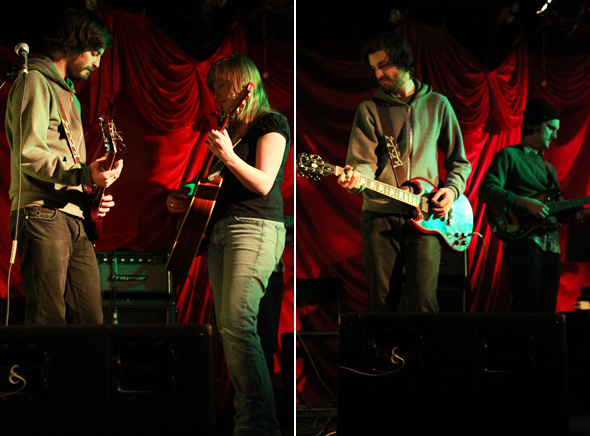 The album was recorded and produced by Holy Fuck's Graham Walsh, who functioned as Fader's lead electric guitarist on Thursday evening, which coincidentally was the eve of his birthday. Throughout her hour long set, she requested that the audience inform her when the clock struck midnight. Following an incredible cover of Wintersleep's 'Lasers,' Fader prompted the audience to sing happy birthday to Walsh, leaving him slightly red in the face.

While I was surprised that Sisk and Romano didn't join Julie on stage during her set, a last-minute appearance from Sarah Harmer during 'Lullabye' easily made up for it. The song features a lush mixture of lap steel, keys, piano and guitars, with Fader and Harmer lamenting "you've got such a good heart, but when it comes to your art you become unglued". 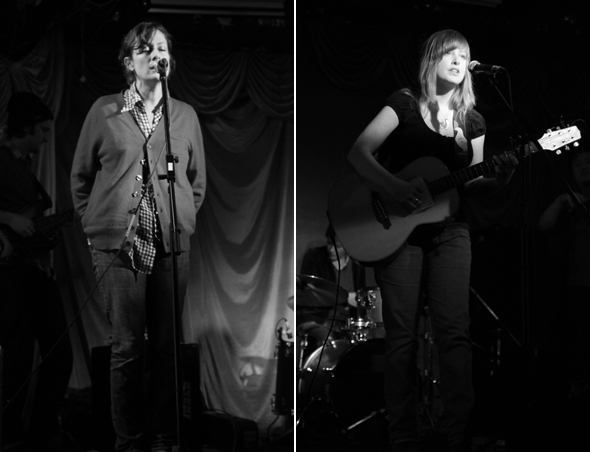 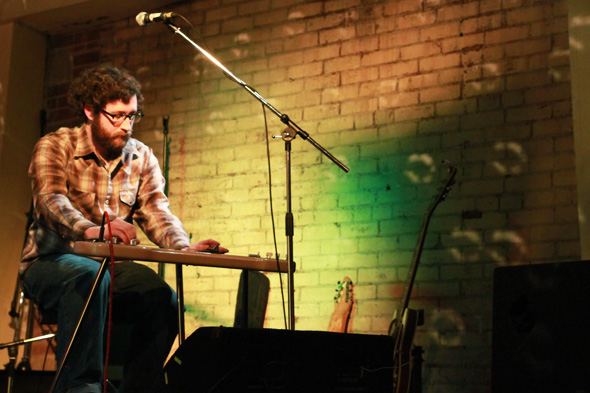 Closing with one of her heaviest tracks 'Skin and Bones,' an endlessly-thankful Fader departed the stage shortly after midnight. I grabbed a copy of her album on the way out, eager to support both Julie and her burgeoning record label after such a unique and affordable ($7!) evening of music.

Thursday's casual and welcoming atmosphere was the product of a group of talented musicians coming together as friends and family to revel in the beauty of the music they have made together over the years.