In this edition: an insight into the early days of D-Sisive and the Toronto hip-hop scene, Thunderheist decide to take a breather, Sunparlour Players offer some innovative merchandise, Great Lake Swimmers line up War Child benefit show, Hawksley Workman sees his first US release, Great Bloomers unveil their new video, forthcoming release information from Gentleman Reg, Born Ruffians and Fucked Up, and a free album download from Hostage Life.

Born Ruffians
Born Ruffians have completed recording their much anticipated follow-up to last year's Red, Yellow & Blue. No word yet on a release date, but the mixing process will begin in a few weeks time. There are plenty of pictures of their time spent recording at Metalworks studios in Mississauga available to check out on their web page.

Thunderheist
Electro duo Thunderheist will be taking a break in 2010, announcing that they intend to take the year off to work on solo material. This news comes less than seven months after the release of their self-titled debut full-length. Sounds more like a hiatus than a break-up, but they've made no promises to reunite for 2011 just yet. Looks like their December 3rd date at the Mod Club may be the last chance Torontonians have to witness their live show for quite some time.

D-Sisive
As part of the City Sonic Toronto documentary series, Juno-nominated hip-hop artist Derek Christoff (aka D-Sisive) takes us back to the site of his first rap battle: Planet Mars in Kensington Market. Directed by Charles Officer, the short video offers a unique perspective on Toronto's urban music community and seeks to recreate the freestyle battlegrounds in which D-Sisive was first discovered at the tender age of 15.

Sunparlour Players
Sunparlour Players have announced a delicious tour to support their newest LP Wave North. They've partnered up with Bernardin to continue selling their favourite preserves in canned form at upcoming shows, including homemade mustard, beet jelly and red pepper & basil spreads. It's wonderful to see some creative marketing and merchandising from the local folk-rockers.

War Child Presents: Dakota Nights with Great Lake Swimmers
Less than a week before they head to England to start a European tour, Great Lake Swimmers will perform an up-close and personal set at the Dakota Tavern to benefit War Child Canada. Previous Dakota Nights benefit shows featured intimate sets from Sloan and Justin Rutledge, amongst others. Tickets for the November 5th show are $35 in advance and will disappear quickly. In related news, GLS were recently nominated for Contemporary Album of the Year at the upcoming Canadian Folk Music Awards. 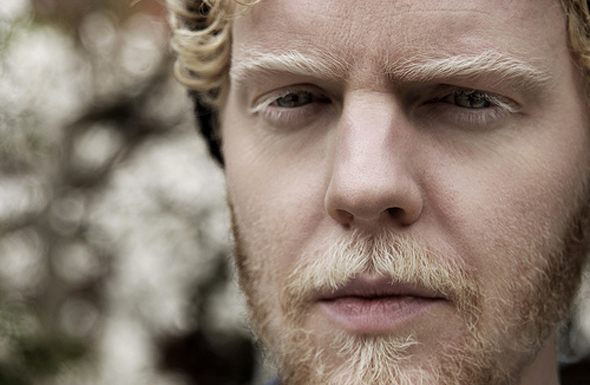 Gentleman Reg
Arts & Crafts folk-pop artist Reg Vermue has announced the scattered release details of his upcoming digital EP Heavy Hand. The six-track EP features a track with Owen Pallett, and will be released in two song chunks (2 remixes, 2 b-sides, 2 covers) starting on November 10th. By December 1st, all six songs will be available online. Full details are on his myspace.

Fucked Up
Hardcore legends-in-the-making Fucked Up announced the details of their forthcoming double-disc singles and rarities collection. Couple Tracks: Singles 2002-2008 hits shelves through Matador Records on January 26th. The collection serves as a sequel to the 2004 Epics in Minutes and is split into two discs: The Hard Stuff and The Fun Stuff. It's going to be a busy week for Pink Eyes & co. as they play two shows in Toronto and host a few more during Fucked Up Fest 2009.

Great Bloomers
Great Bloomers have released their new video for 'This Ain't You,' exclusively through Spinner. The video was shot in a day and sees the five-piece performing outdoors in rural farm country in Midhurst, ON.

Hostage Life
Freshly-squeezed label Juicebox Recording Company are offering up Hostage Life's third LP Centre of the Universe for free download. You can grab the twelve-song LP in high quality MP3 or FLAC lossless (right-click, save-as!). The album will see a vinyl release on November 17th for those interested in getting their hands on a physical copy.

Hawksley Workman
Ten years after being released in Canada, Hawksley Workman's debut album For Him and the Girls will finally hit shelves south of the border on November 17th. You can download the first single 'Maniacs'.