'Diamond Rings' Glitters His Way to the Top

What does it take to become a success in Toronto? Maybe you have to be tall, skinny and covered in neon blue? It certainly works for the CN Tower. So John O of Diamond Rings is giving it a whirl as well.

Born and bred in Oshawa, John's day job is the lead singer of the indie-rock group 'The D'urbervilles.' But his solo project, Diamond Rings, began getting a lot of attention at the end of August when John released a vibrant music video for his first single, 'All Yr Songs'.

The track is stellar, the CN Tower cameo is a riot and John O is stunning to look at. The winking, Tiffany-esque D.I.Y asthetic is a lot of fun too. Pitchfork, the king of all indie music blogs, wrote a glowing review, and it's been steamrolling along from there.

John also released the song on 7-inch purple vinyl to coincide with the video; he printed three hundred of them and they're now nearly sold out. It was a joint venture with Kingston band 'PS I Love You', who are on the split side of the record. You can catch both of them and Katie Stelmanis tonight at the Garrison on Dundas West.

I sat down with John to talk about music, Toronto, and the CN Tower.

blogTO: What made you decide to break from the D'urbervilles to start a solo act on top of your busy schedule with them?

John O: It was pretty simple really; my friends were playing a house party and asked me if I wanted to do something; I said I could figure something out. It's kind of evolved organically from there.

I guess we'll see how balancing the two will work, but so far it's been great.

What would say the difference has been between the styles of music of the two acts?

I'm generating all the ideas, and that plays out really differently musically. Most of these songs are centered around the lyrics, and the singing melodies, which is different from the D'Urbervilles because usually we come up with a song structure first and then I'll fit the lyrics to that.

There's also this goal I have of being able to play a show anywhere, anytime; in a basement with a guitar, on a grand piano, at a bar, a club. I wanted songs that could be dressed up or dressed down, depending on the crowd and instrument situation.

Can you tell me about the music video and the 7-inch record came to pass?

I really wanted to have a 7-inch of my myself; pretty narcissistic I suppose. I had one song kicking around that I thought would be good for a single. I wanted to involve my friends in 'PS I Love You' who are a really awesome band.

It was basically about making something that I would want to own. When we were waiting for the vinyl pressing to come back my roommate and I, Colin Medley, were thinking about making a music video to go with it. He's a video director based out of Toronto. It was born out of our collective guilty pleasures; it's like 'You know in that MC Hammer video...when this happens...' It's a tribute in a way to our childhood growing up.

We were hoping it would generate some positive responses or make our friends laugh or something, but it snowballed into something bigger than either of us intended.

What does the CN Tower mean to you as a symbol of Toronto?

I moved to Toronto just over a year ago, so I'm relatively new to the city. I've started to use it a lot as an image; to me growing up it was the image of Toronto. I come from Oshawa, a working class town, and while you certainly felt an allegiance to the city when you actually got here you'd be pretty overwhelmed and scared.

It's an iconic symbol, saying "this is Toronto -- this thing." I think we were using it in kind of a tongue in cheek way in the video; like who actually goes to the CN Tower? It's like twenty dollars. I don't think I've been since a class trip in grade five.

What's the next step with Diamond Rings? Any new recordings coming up?

I've been hoping to get something out soon...I've been working with James Bunton from Ohbijou; I work on the beats and things at home and then I come in and we record vocals and what have you together. We've got most of an album finished right now; it's been kind of on hold because they've been touring Europe for the last month and half.

There's a certain intentionality that comes with a full length versus an E.P. -- it's not like 'ohhh, here's four songs...' it's like 'here are ten jams. This is for real.' 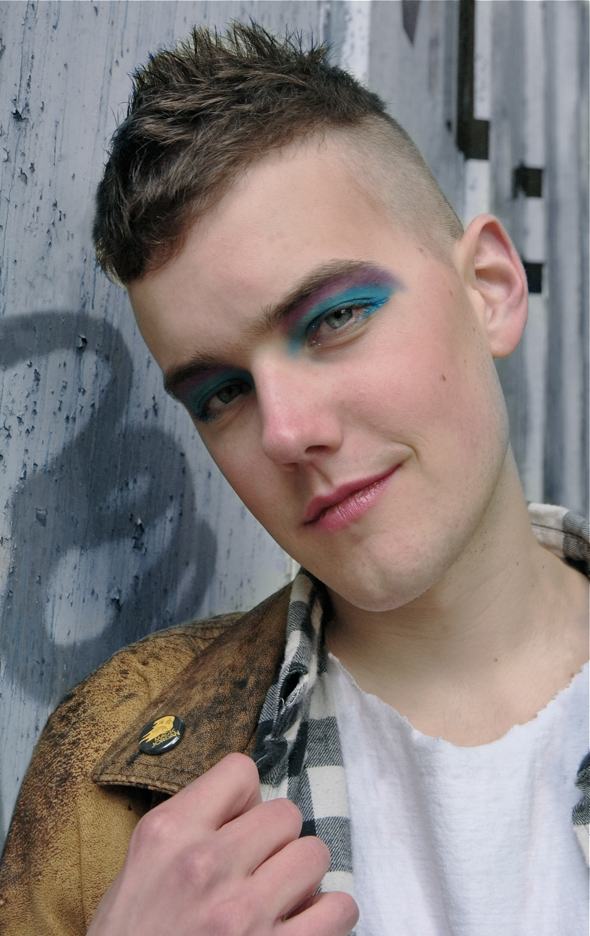