Wavves Blow Out My Eardrums at the El Mocambo

San Diego's Wavves cut a sonic path right through me, and I'm kind of okay with it. On tour with the Pitchfork friendly band is Ganglians who blew me away), while local outfit The Bitters opened the show. They're a great Toronto band you should hear if you haven't already.

At first glance I wasn't sure if everyone at the El Mocambo was from Brooklyn that night, or if it was just me reading into appearances too much. But by the time the second band was on, stuff like that didn't matter anyways; it was ridiculously hot in there and everyone was covered in sweat. 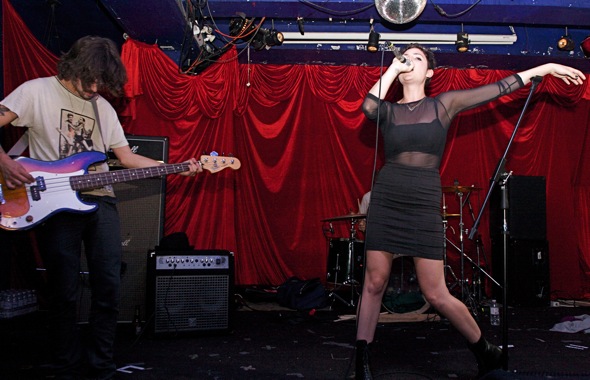 Wavves' Nathan Williams was the only person standing directly in front of the stage for The Bitters. Looking like a snotty 15 year old who raided his older brother's closet, he was playfully called out by the Bitters / Fucked Up's Ben Cook for wearing a day-of-the-week (Monday) hat. But in response to the hassling, he quickly thrust it on Ben's head and exclaimed, " I'm not wearing it anymore!" 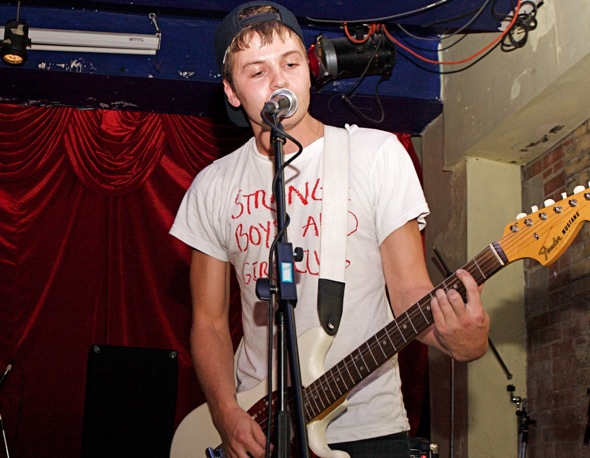 The Bitters are great. I love their sound and they always put on a really fun show too. The only thing that gets me is that singer Aerin Fogel looks like she may practice her stage moves in the mirror. That's not to say it doesn't work, because the band is definitely heavy enough to carry it, and she even reminds me a bit of Siouxsie Sioux. Great lo-fi sound. 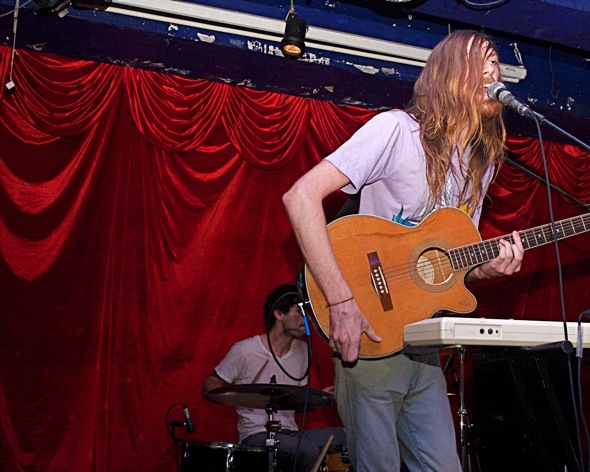 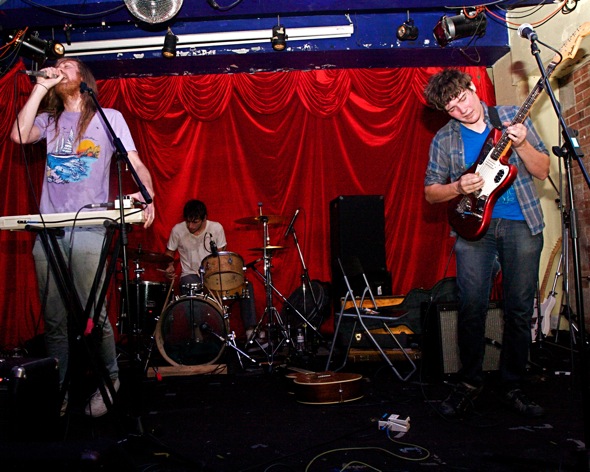 Ganglians, oh my god, were absolutely awesome. It was the danciest psych freak out I've encountered since Black Mountain, but with a less metal sound and more California rock to it.

And then they busted out a kids keyboard and nearly threw me for a loop. The best songs are the super bass heavy ones; they just pummel you with the beat and let the guitar fuzz out in the background. Oh yeah, and the guitar player can really pull off some serious wanking and riffing, which is usually left for those over 40 years old, but in this context it sounded awesome.

I haven't seen Wavves since 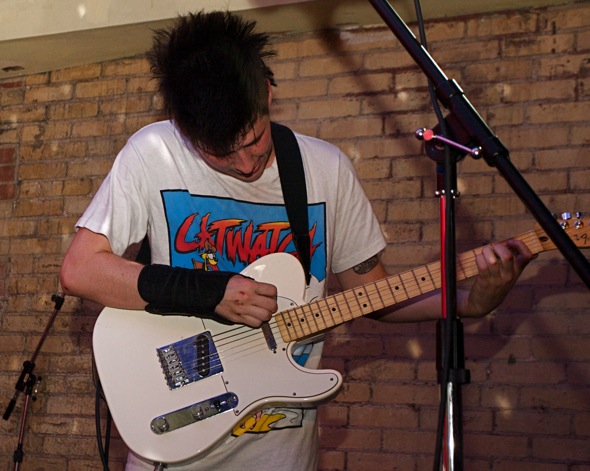 SXSW last March, and truth be told I didn't really want to go out of my way to either. It could have been a combination of the Texas heat and a constant hangover headache, but they didn't really win me over on that occasion. And truth be told, I was selfishly hoping to catch some sort of meltdown on Nathan's part. But I mean, this is Toronto, what would he really have to freak out about? Not enough decent 24 hour pizza joints? No, that's just me... 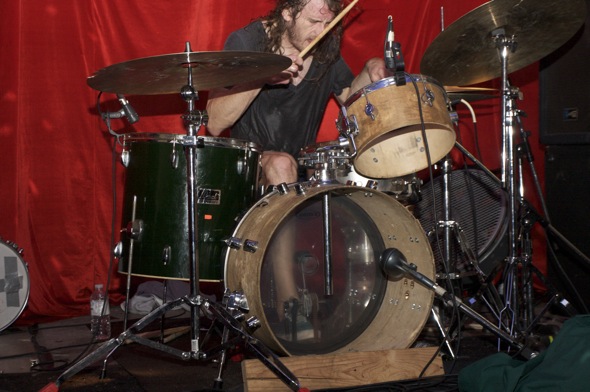 So taking all of what I just said into consideration, believe me when I say: Wavves were pretty fucking cool. I don't know exactly how Zach Hill (Hella, Holy Smokes) drums like he does, but it's...intense. I stared slack-jawed at him as he completely destroyed drum sticks, the kit, and the ears of everyone around him. That guy can drum like hell.

Nathan looked perfectly satisfied during the entire show, except for when his heart was bleeding through the reverb. It was like he actually enjoyed seeing everyone up front squirm at the excessively loud feedback in between every song. One song busted into full on Black Metal territory, and would have seemed slightly silly if not for the demon in the drums being released.

Someone behind me, apparently put off by the lack of dancing screamed, "We love you! We don't show it because we're Canadian, but we do!" He then proceeded to start a pit. 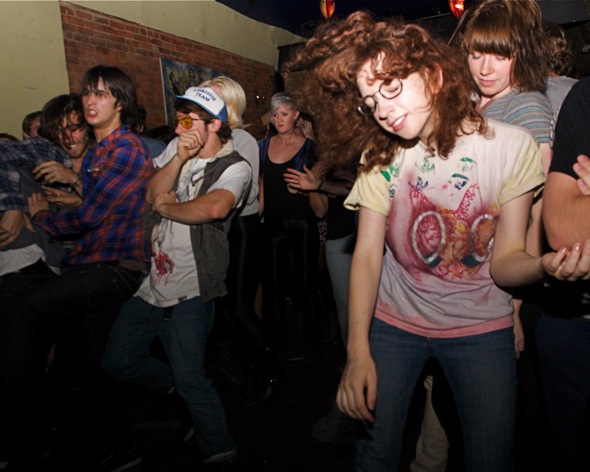 Overall, it was a pretty rad show. I'll definitely be buying some Ganglians records, and the Bitters always get a thumbs up from me. Wavves were fun and loud -- I like both those things -- and the drummer was bone crushingly great, but I still think Nathan Williams is a bit of a brat, but maybe that's part of the appeal.