At 52 years young, Karl Hyde fronted Underworld at their Toronto show like a man possessed. He stalked the stage, half boxer, half cheerleader, delivering his stream of conscious beatnik lyrics with great skill and poise.

Still touring and recording long after their 90's success (via the Trainspotting soundtrack hit "Born Slippy"), the the distinctly British Electronica duo returned to Toronto this past Tuesday for their first show here in seven years, at Kool Haus.

I honestly didn't know what to expect from this show. Having been a long time Underworld fan from years back, I found their two prior Toronto gigs (also at the same venue) to be fun if a little long and meandering for the casual listener. Maybe it was a blessing that the opening DJ Damian Lazarus went on kind of late, leaving the boys with under two hours to perform before curfew, because what followed was a tight retrospective journey through all their best moments. 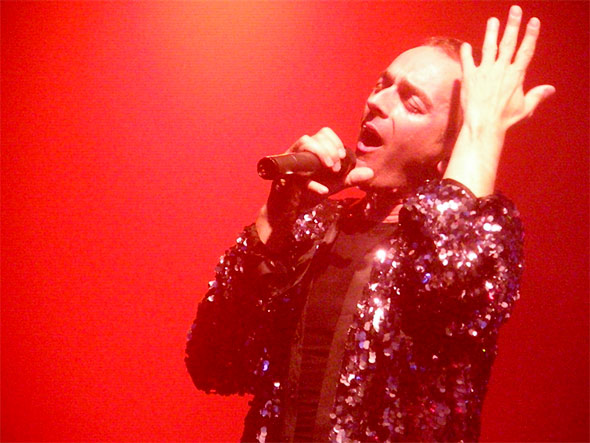 I've always been a fan of those shows where bands tour to try out new material. Underworld don't have a new album out at the moment, and so we were treated to a greatest hits set sprinkled with a few offerings of new material such as the opener "Parc" which featured very smooth guitar work from Hyde, and "Between Stars", which sounded like an attempt at current electro, and might possibly the most un-Underworld song to date.

As the show progressed, the stage lights and projections grew in intensity, until midway a reveal came that the screen onstage was in fact inflatable tubes which later served as colourful stage decorations. When the iconic melody finally dropped during "Born Slippy", the audience was doused in bright yellow light, and given a dozen giant white balls to play with as they danced. The overall effect with the projector shining through the balls was stellar, and the Underworld visual team deserve top marks for delivering such a spectacle. 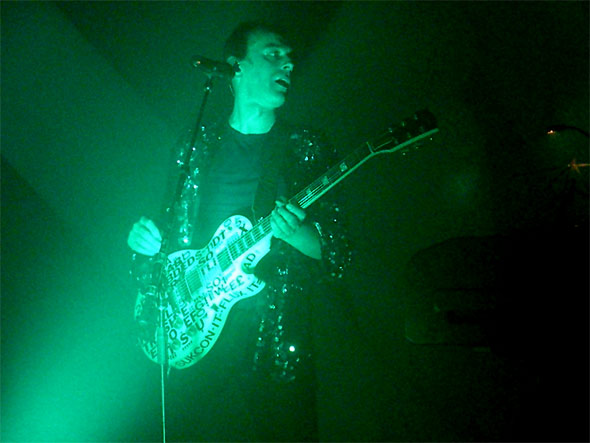 It did seem as though the group (widely known for improvising their live shows) were feeling a bit rushed by the end, as "Born Slippy", "King of
Snake" and "Two Months Off" didn't receive quite the same allowance for spontaneity and leisurely development as earlier played numbers "Cowgirl" and "Beautiful Burnout". As midnight came and went, the group said their goodbyes, showed their appreciation for the enthusiastic crowd, then returned for a quick encore. 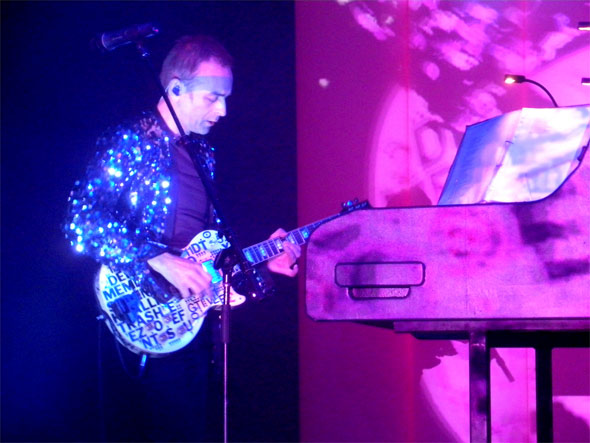 Traditionally performed as the group's closing number, "Moaner" did not disappoint here. Sinister melodies climbed in tandem with the machine gun lyrical assault of Hyde, his face doused in red light barely visible amidst the smoke and seizure inducing strobe show. After this cathartic release the band politely bowed and were rushed out to a waiting vehicle, leaving departing concert goers chanting the groups' name like recent converts to a new religion.