Wavelength Travels Back to the 90s

I'm not going to lie and tell you that I've been a fan of these Indie bands since the 90s, because the truth is during that time I was way too into mainstream radio to even know about decent underground acts. So I attended Sneaky Dee's as a total newcomer to what seems to have been a show full of nostalgia.

I thought this was just another Wavelength music series. I'd never heard of these bands before so when I got in the venue and saw a tie dye shirt on The Electric Shoes front man, it didn't really make any sense to me.

I stepped in on the final song on Kat Rocket's set. Vocalist Stella Panacci sang her heart out while maintaining steady drum beats to the music. She sounded pretty flawless, and the reverb on her voice made them seem dreamy. When I got home I checked out their 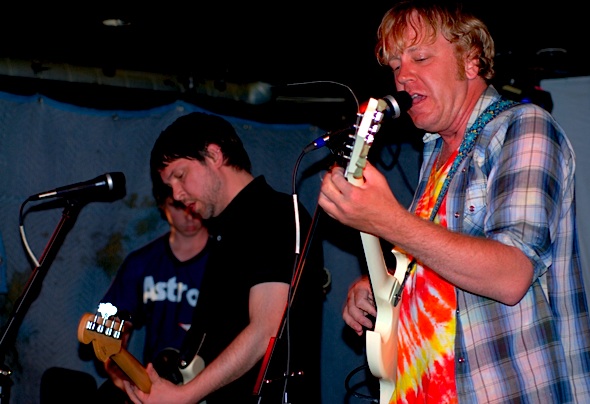 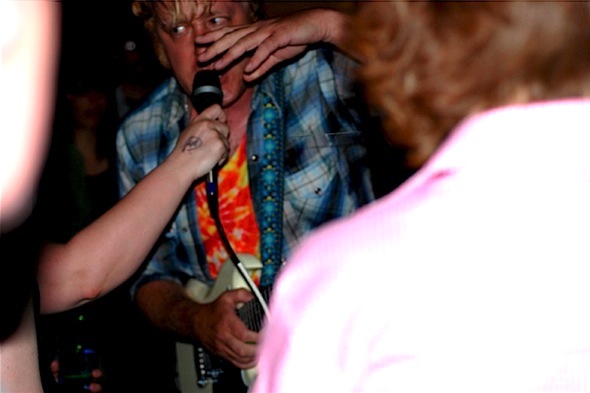 . After hearing their songs, especially their mellow melancholy ones, I regretted not being able to see their entire set. I would have probably been a big fan of theirs if I knew them during the 90s. Hopefully they'll play another reunion show in the future so that I can actually appreciate their performance. 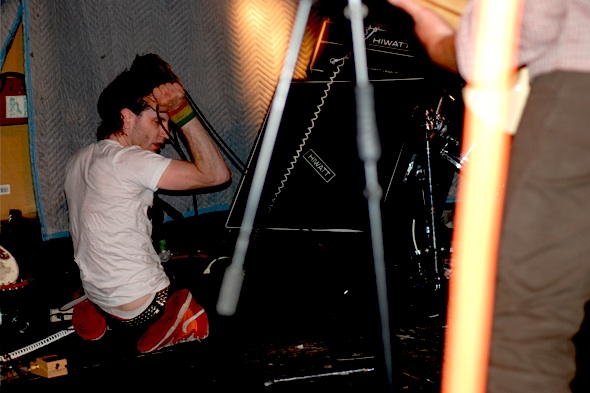 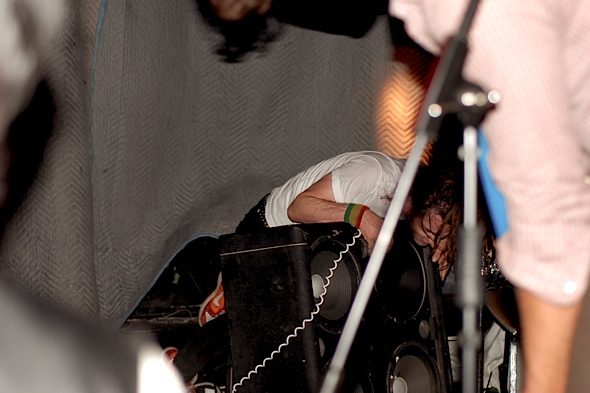 It's funny because when The Electric Shoe started playing, I thought to myself that it sounded a little dated. Sneaky Dee's was pretty packed at this point, and a few dancers at the front seemed to really love these guys. They played some really optimistic upbeat pop/rock songs. Definitely a great performance and interesting stage presence. The best part of all was when the lead singer Steve Shoe stepped out into the crowd for a more intimate, aggressive connection. Surrounded like a bonfire, he embraced the moment to become the enthusiastic front man he once was. It was only for maybe 2 minutes of their final song - but it was a good way to end their reunion set.
One's personal space at the venue got tighter and tighter as fans were preparing to see Grasshopper. I definitely recognized dread head Derek Madison, but not as the front man to a 90s garage-esque band. They played with two drummers, so one can only imagine how loud it was to stand near the monitors.

I didn't know who these bands were. I felt a little ignorant at this fact, but then I thought - I couldn't have been the only one who wasn't aware of these acts. Wavelength expects young crowds. This was probably a way to introduce us to Toronto's Indie past.